The holidays are no longer inching closer – they are speeding to the finish line! That means that it’s time to start finalizing those Christmas meal plans. Fortunately, there’s no shortage of spots in Arkansas to get your holiday fixings.

But if you’re in the food for a Southern Christmas meal with a little flair, you need to pop over to downtown Conway to check out a new restaurant. YGFBFKitchen delivers high-quality Southern and Cajun dishes using local ingredients. That was all that needed to be said to get AY Publisher Heather Baker and KARK host Hilary Hunt to the restaurant to try it out for the AY Holiday Food Bucket List. 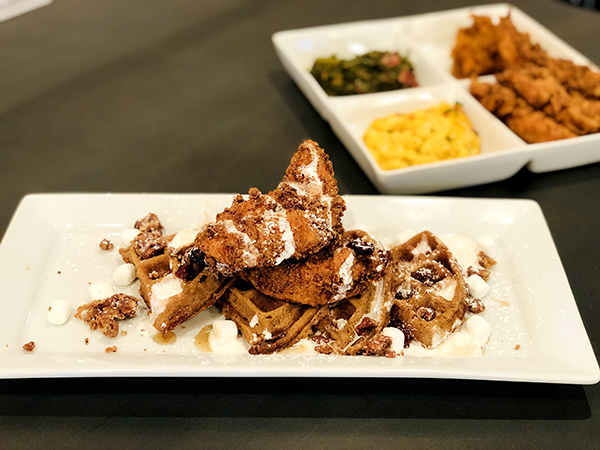 Headed by owner and executive chef MaryAnn Strange, YGFBFKitchen – or Your Girlfriend Best Friend Kitchen – has established itself as a premier destination for fine Southern food. Originally a food truck, Strange has set roots down with a brick-and-mortar restaurant at 912 Chestnut Street in Conway.

“What’s really cool about Your Girlfriend Best Friend Kitchen is it used to be a food truck and was heavily recognized in AY Magazine,” Hunt says. 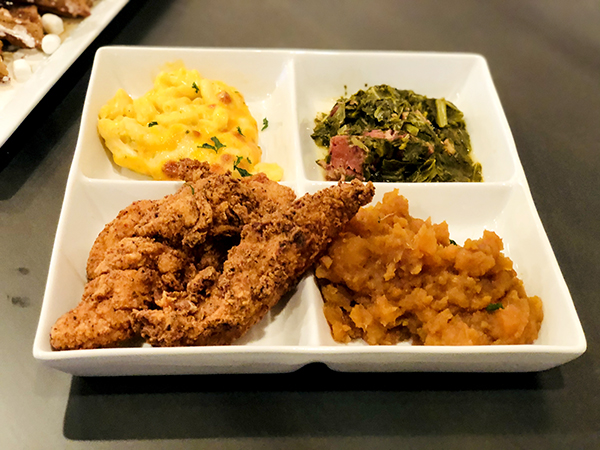 “Now they are a restaurant front, and Heather, they’ve got some good stuff, so I think it’s time to go in,” Hunt says. 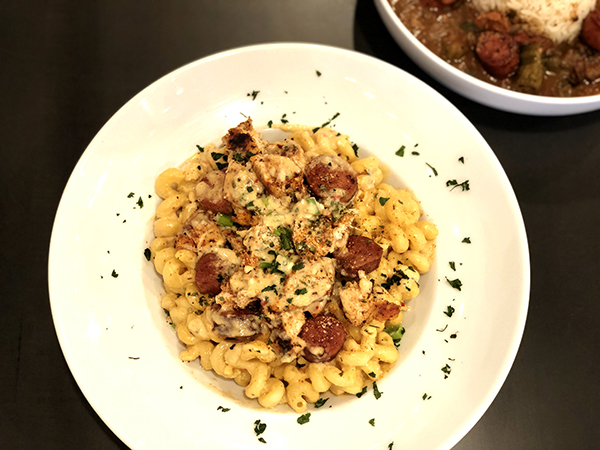 Inside, Strange is getting the spread ready for Baker and Hunt, making all the last minute preparations. And it is a serious spread of food.

One of the highlights will be the Cajun Smothered Shrimp & Grits, which features blackened shrimp and smoked sausage with a fire-roasted tomato compote and a Cajun-style gravy. “It is our first and our favorite signature dish that came out of our food truck and is now in our restaurant,” Strange says. 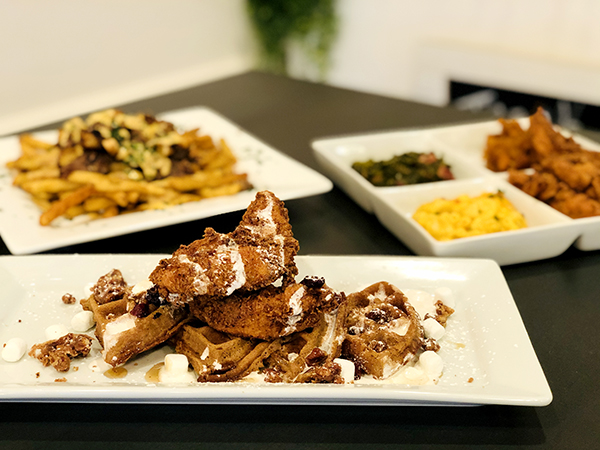 There are also the Surf n’ Turf Cajun Alfredo Loaded Fries, which have grilled steak, blackened chicken and blackened shrimp on top of rosemary fries; the Blackened Cajun Alfredo; buttermilk fried chicken tenders, mac-and-cheese that Strange says is “to die for;” a fried green tomato sandwich and more.

Baker is immediately bowled over by the work Strange has done. “MaryAnn has set us up. From their Facebook page to everything on here, it is spectacular,” she says. 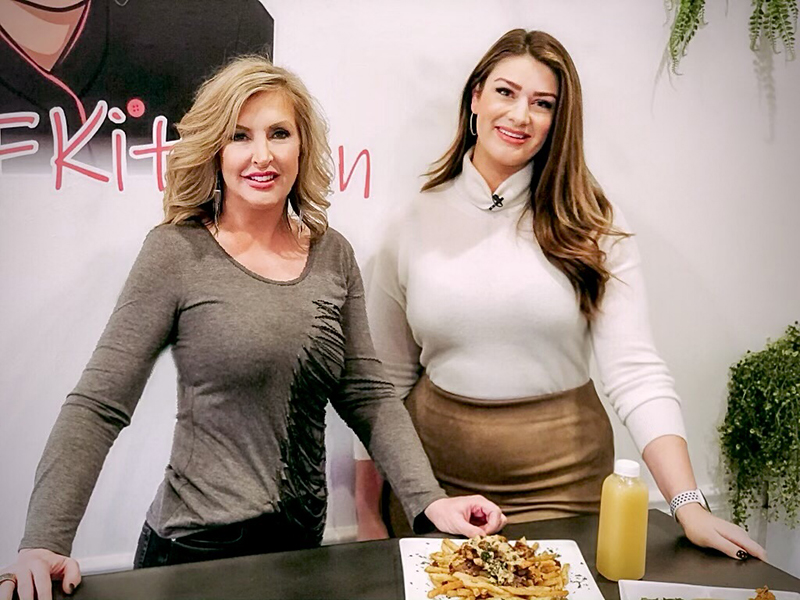 Hunt is angling for Strange to set up a Little Rock location because of how impressive her food and restaurant are. “Downtown Conway got lucky, because when we walked in and I saw this food, Heather, I was like, ‘Heart Eyes,’” Hunt says.

Baker and Hunt dig into the table-full of food, laying the battle lines of what they will be eating. Baker goes for the mac-and-cheese, while Hunt takes on the chicken and waffles. 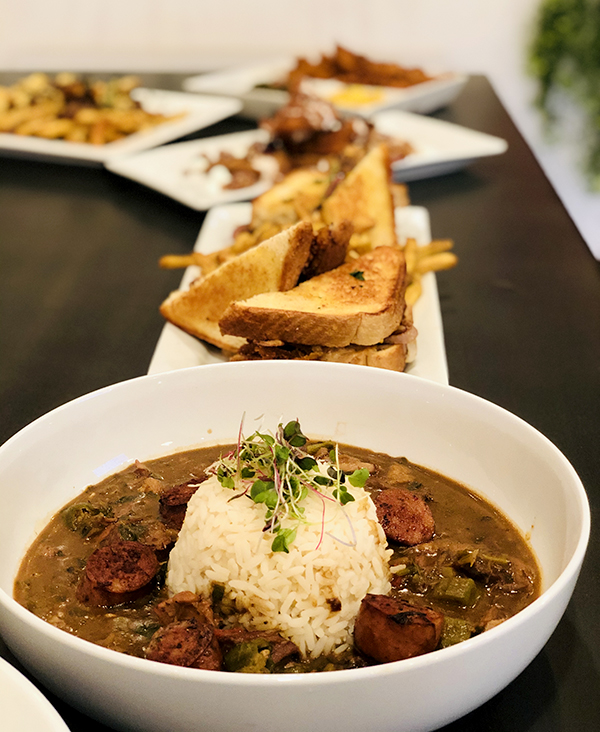 “I love this alfredo with this mac-and-cheese and this chicken and sausage,” Baker says.

“I’m feeling like a ‘Carbie Barbie’ – I’m getting the chicken and waffles,” Hunt says. 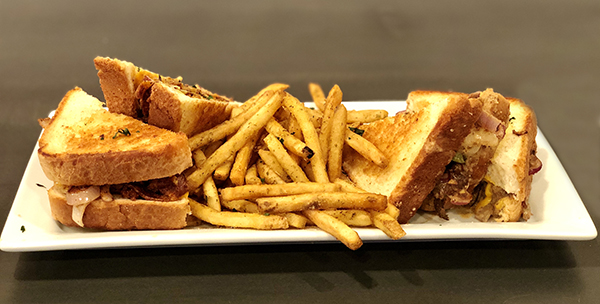 Both Baker and Hunt agree that YGFBFKitchen is a perfect spot for a Southern Christmas meal. As Hunt says, the restaurant offers a range of different culinary options, from the traditional Southern dishes to Cajun dishes and more.

“I love having a different kind of Southern party for Christmas. You can have this gumbo or you can have the traditional foods,” Baker says. 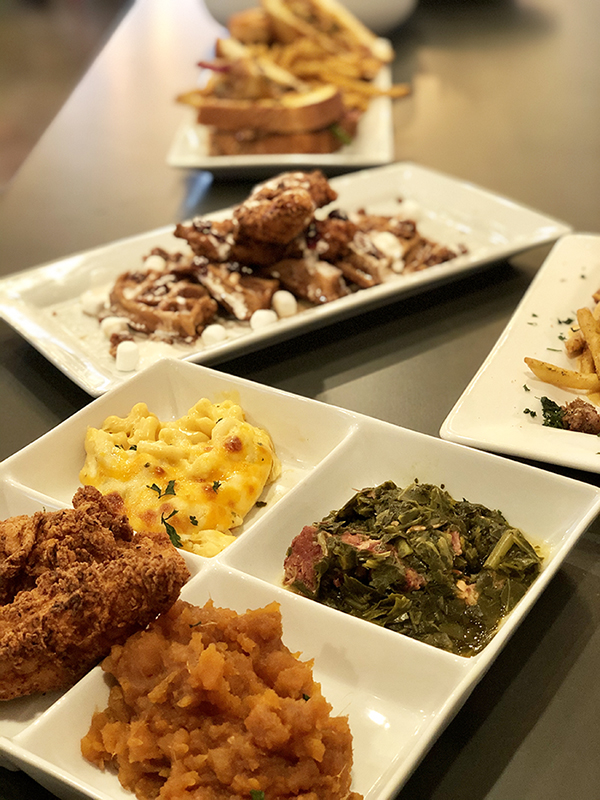 After eating all of that delicious Southern food, Baker and Hunt are pretty well wiped out. But they’ll be back for more soon. Check out where they go next week on the AY Holiday Food Bucket List tour. 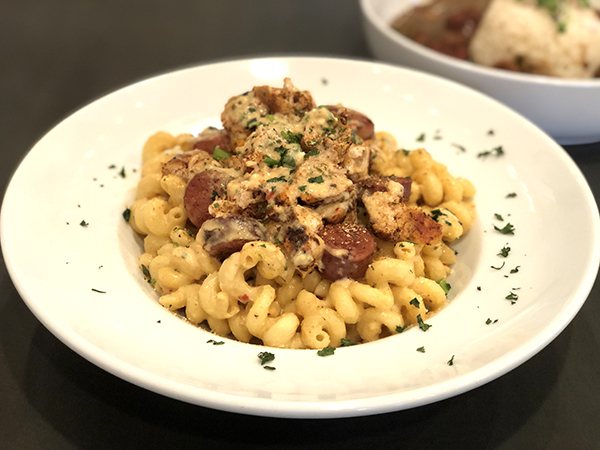