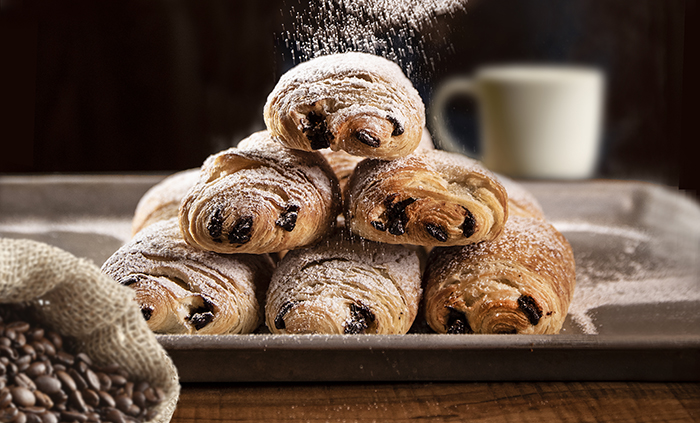 Roasted and Baked, Heated and Sweetened

Shop, chop and plop — ’tis the season. You need stimulants and soothers simultaneously. Forego the pharmaceuticals — there’s a bean for that. Scuttlebutt has it that a holy man in Yemen, known to heal through prayer, made an unfortunate misstep in who he did or did not rejuvenate. Exiled to a desert cave, the starving Sheikh Omar found a bush with berries, but alas they were too bitter. The berries became inedibly hard beans when roasted; but trying to redeem them still, he boiled them. 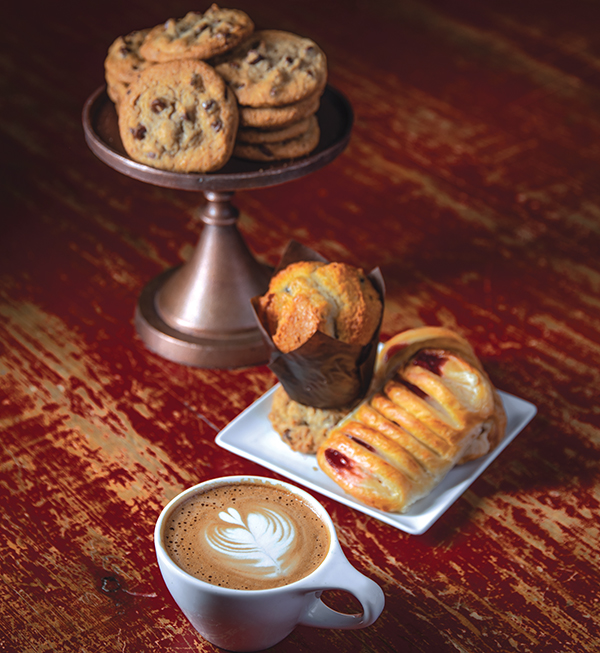 Prayers answered — not only did he now have a fragrant liquid but one that revitalized and sustained him for days. Once word got back about Omar’s “miracle drug,” his exile was over. Omar was allowed to return to his home town which was named — wait for it! — Mocha. Omar was also made a saint. Sounds about right. No word on whether he traveled much after that, but his coffee beans sure did. Quickly becoming a hot item, coffee has long been an internationally traded commodity, now second only to petroleum.

By the 1700s, the bean had traveled far beyond Yemen, but not without a bit of controversy. The issue then — and even among some experts now — is whether that bean is a dependence-producing drug. Such was the dust-up in Germany that Court Composer Johann Sebastian Bach wrote a little ditty satirizing the matter. The name of the piece? That would be “Coffee Cantata.”

No big issue for those who came to the New World. They much preferred knocking back an ale or a whiskey. This changed when they needed clearer heads to plot the overthrow of British rule. In taverns such as Boston’s Green Dragon, the likes of John Adams and Paul Revere planned independence. Not that they had to change drinking places. Most establishments then offered coffee, tea and spirits under the same roof.

If you find that concept utterly civilized, you’ll want to make a Revere-like run to the Rogers Onyx Coffee Lab. Under its roof, you’ll not only find incredible coffee, but an upscale cocktail bar, a tasting restaurant, a taqueria and mezcal bar, and yes, a slide. Yes, you read that right; grown-ups need a little fun too.

Thankfully, their great coffee — and tea — is served as well in the other three locations, each of which has its own personality. At the Fayetteville location, be entertained by the latte art crafted by its veteran baristas. The cafe in Bentonville’s Momentary atrium offers its own performing arts. (Yes, the artistry of those handmade drinks but the showstopper is that conveyor belt bringing down the to “Leave” orders.) Their other Bentonville cafe, nicknamed “B’Onyx,” provides cozy refuge downtown.

Each café’s coffees are sourced exclusively from East Africa and central South America. Some are permanent pours; other coffees and flavors change with the seasons. There are the “pop-ups” too — those coffees who make short, but oh so sweet, appearances.

While each cafe has its own distinctive personality, the intent of Onyx is to provide each café solely with coffee they have sourced — literally. Partners in life and business, Andrea and Jon Allen and their Onyx family live by their logo, indeed their mantra, “Never Settle for Good Enough.” And thus, like our rebellious forefathers, they continually plan to rattle the status quo. 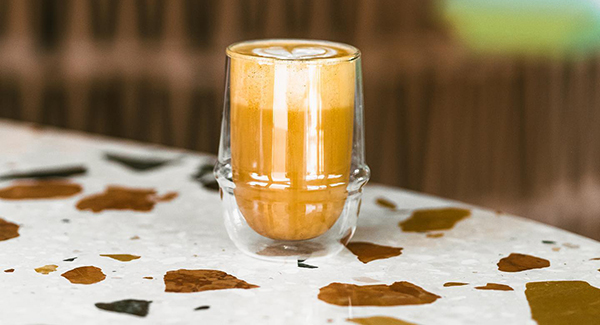 “About 95 percent of what we roast leaves our state. We’re probably more well-known outside of Arkansas than we are inside, but we’re trying to change that. That’s the point of the hometown cafes,” Jon explains. “We roast for about 50-60 countries at a time, and we have coffee represented in all 50 states.”

Into their Rogers’ roastery comes product from Colombia, Ethiopia, Kenya, Rwanda, Costa Rica, Honduras and El Salvador. Their determination to always have the highest quality product available keeps this team in a globe-trotting mode.

Normally, Jon says, “We tend to visit each country twice a year,” noting, too, that visits to Colombia are five to six times a year. 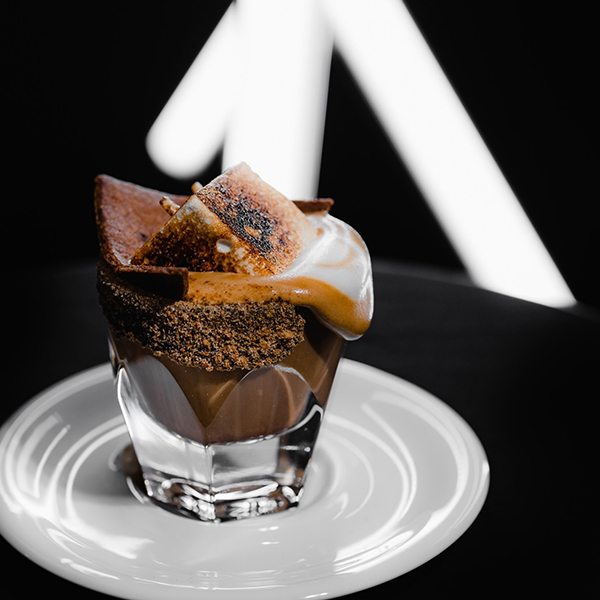 There, the extremely rare coffee Eugenioides, a species resurrected from a seed bank, grows exclusively at a family farm. “The sweetest, strangest coffee you have ever tasted,” describes Jon. With such limited availability, Onyx is only able to offer it — online — every few months. Even at $150 a pound, Eugenioides sells out in about an hour.

It’s proved to be priceless for Andrea, who competed using it at the 2020 United States Coffee Championships. Baristas from the coffee epicenters of Washington, Colorado, California and Oregon were thoroughly trounced not only by three baristas from the same company but from — where? — Arkansas?! Owning first place in the Barista Competition was Allen, with manager Elika Liftee taking first in the Brewers Cup competition. And Lance Hedrick backed up the ladies with his second-place position in the latter competition. It was a bona fide coup.

The subsequent 2020 World Championships was actually delayed to a few weeks ago. One might envy Andrea the pastries of Italy, but the girl actually has her own Rogers-based, “French-inspired” bakery, daily baking for all Onyx locations. (It’s called Doughp, pronounced “dope,” so you’ve had your warning about possible addiction.) Besides, while the Romans did have an early hand in the dough, even they discarded it. Never consumed, their pastry was concocted solely as a shield to keep their meat moist and protected from burning.

Not so in the City of Love, Paris, where a little bit of sweetness became entangled with the bold bean, creating an affair for the ages. Widely acknowledged for elevating the once humble pastry into the world of “Grande Cuisine,” Marie-Antoine Careme was, as a small child, literally kicked to the curb by his parents. Named for his Queen, he, too, found his fate dire in the French revolution. His cruel treatment was to be his good fortune — and ours! — as he was swept off the streets and apprenticed into what would be his life’s work. Napoleon, Talleyrand, George IV and Tsar Alexander sought him out, which is why Antoine has been called the first “Celebrity Chef.” Perhaps less-known is his creation of the chef’s uniform: the high hat, the double-breasted jacket — always white. 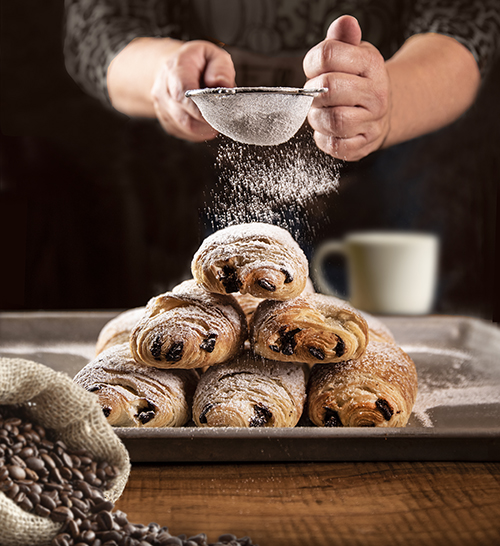 In the Little Rock community, there’s buzz about pastry chef Nona Pruitt of Nexus Coffee & Creative. Her fandom is such that co-owners Amy Counce and her real-life and “Shop Dad” Matt Moorehead created a space within Nexus for Pruitt’s own business, Nona Bakes, the grand opening being held in October. Describing Nexus, one TripAdvisor review wrote: “Inside is a very warm, inviting feeling with Magnolia-style charm.” In addition to their standard coffees, Nexus’ S’mores Lattes, Classic Cubans and Sweet Potato Lattes are perfect for a seasonal sip. And who knew you could shop and plop at the same time? Nexus has a retail section full of products made in Arkansas, a reflection of their intent to serve their community. Got your babies with you? Let the Nexus baristas pour a “Sleepy Beekeeper.” The honey and steamed milk will soothe little souls too. Your baby is a fur baby? No problem — the Nexus team might be sneaking in a hug though. 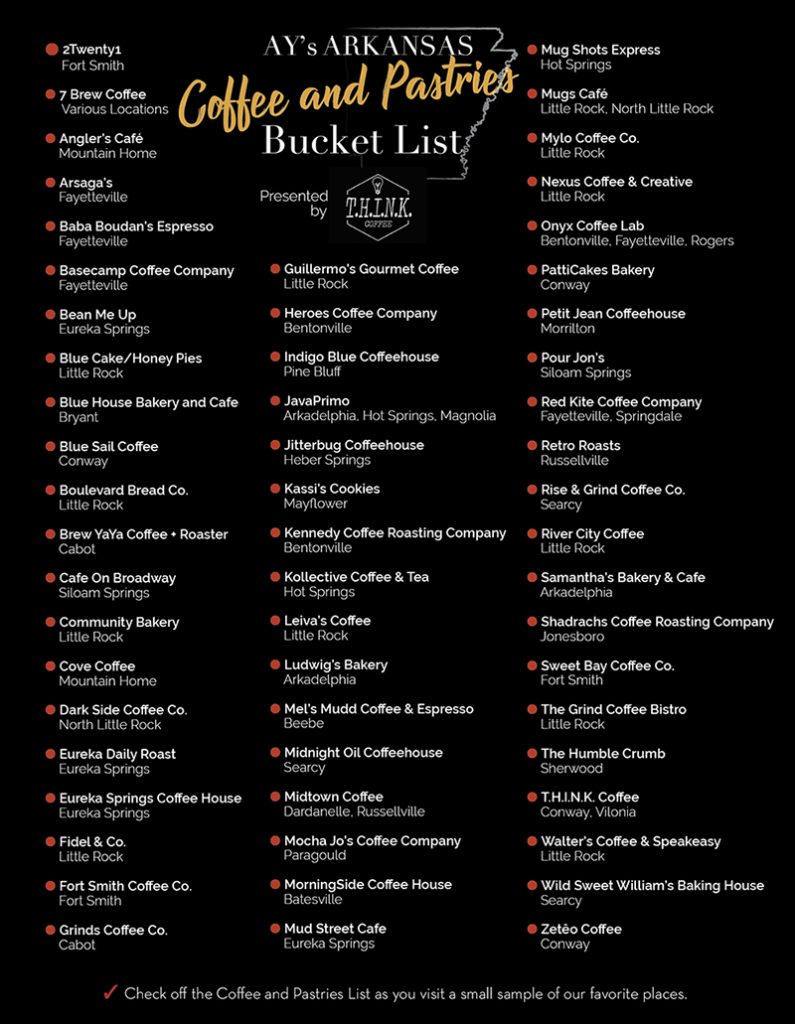