Eating different cuisines and trying something different is always great when choosing a restaurant to try. But sometimes, you want a taste of home when you go out to eat. That’s where Homer’s East comes in, providing that perfect bite (or bites) of home cooking and Southern favorites.

Established in 1986, Homer’s East has been beloved by Little Rock residents for decades. Now, AY Publisher Heather Baker and KARK host Carmen Rose are shedding a little light on this hometown favorite. 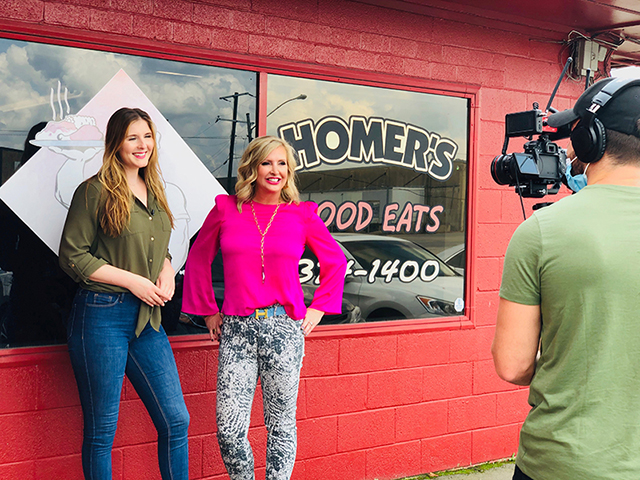 So far in September, Baker and Rose have been making their way through Southern plate restaurants, and they are ready to take on Homer’s.  “This has been an amazing month for Southern plates. We are at Homer’s East, and they have coconut cream pie,” Baker says.

“All of the Southern food that I think we could possibly want as well as some good home cooking,” Rose says. 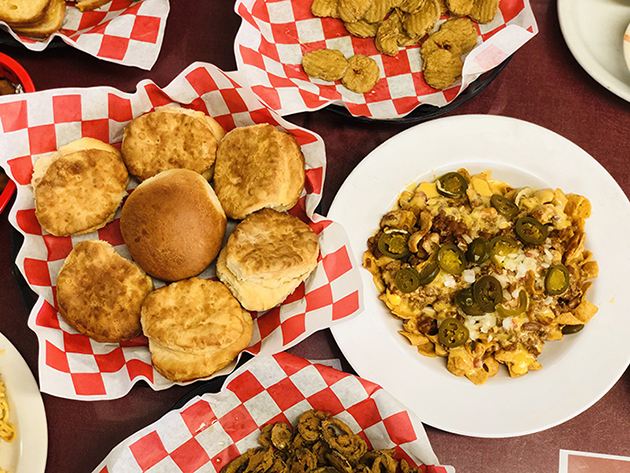 Katrina Connell Vaughn, the owner of Homer’s East, is ready to serve up some of that delicious food for Baker and Rose. Some of the food prepared for the duo includes Southern fried catfish, fried bologna sandwiches, foot-long hot dogs, fried pickles, jalapeno poppers and chicken spaghetti. Vaughn also has a special dish prepared for Baker and Rose: a Frito chili pie.

“It is made of Fritos smothered with our homemade chili, covered with cheese and topped with jalapenos and onions. It is something to die for,” Vaughn says. 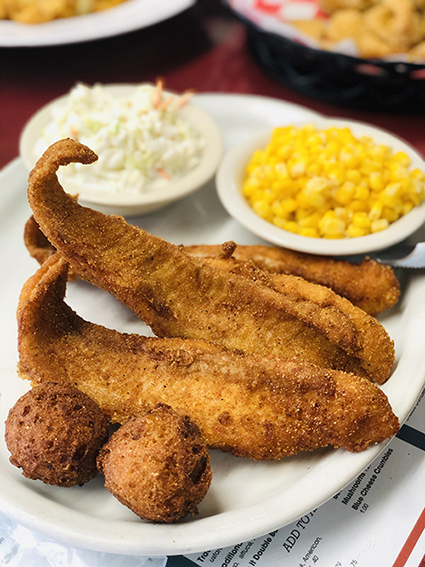 When everything arrives at the table, Baker and Rose take a minute to get their bearings before diving in. 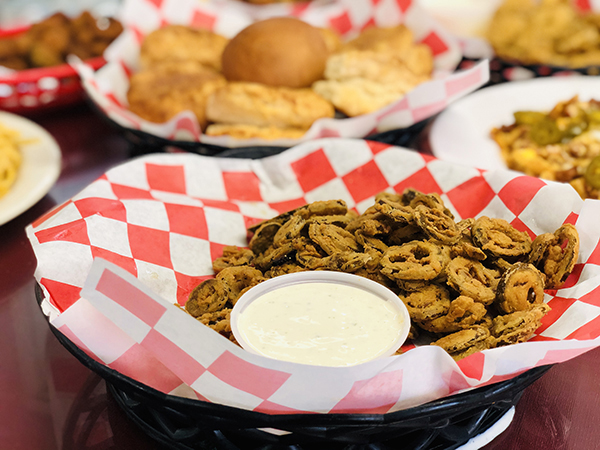 Baker goes straight for the chicken spaghetti while Rose takes the chili dog. 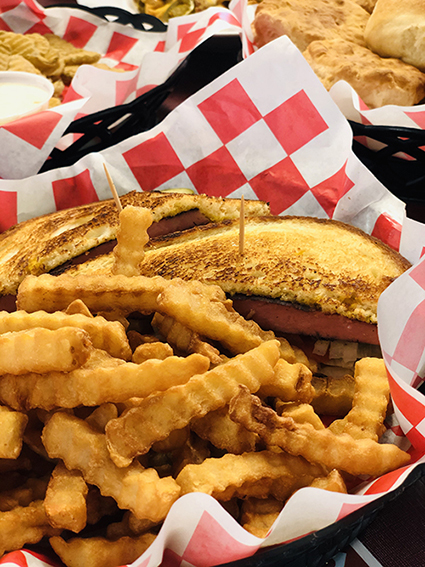 Rose also dishes on her favorite way to eat catfish. She takes her catfish, a daily special at Homer’s, and dips it into her coleslaw and then serves it up! 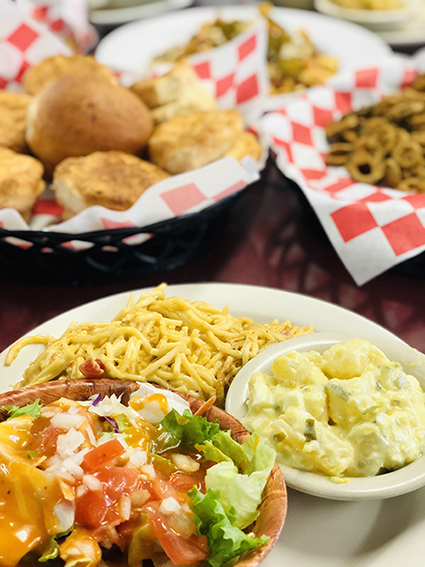 Of course, it wouldn’t be a proper Southern meal without dessert. You can have that coconut cream pie that Baker raved about or apple cobbler or more. In fact, Baker says you should come just for a pie!

Don’t forget to tune in next week to find out where Baker and Rose are going on the upcoming Southern Plates Bucket List visit. 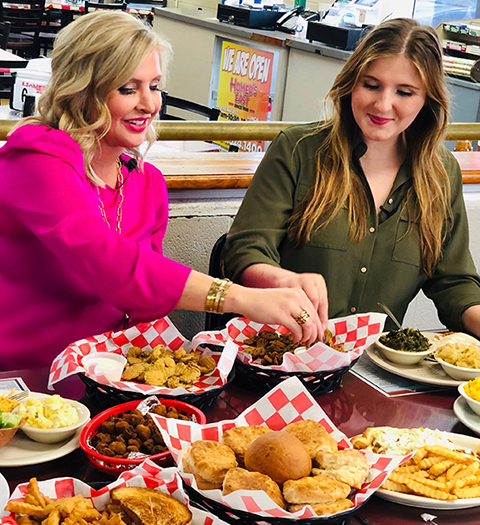