When people walk into the bright, spacious waiting room of Real Life Faces Artificial Eye Clinic & Alloplastic Facial Reconstruction, they immediately discover this is a different kind of place. Covering the walls are pictures and snapshots of faces from all walks of life, all ages, all races and all telling a story. On the bulletin board a concentration of faces spill over onto the walls. They all have one thing in common – they are patients.

Some of the patients chose to share their story more personally by allowing their “before” picture to be displayed. The pictures are heart-wrenching – a child born without an eye, a veteran wounded in the line of duty, a young groom-to-be the victim of a tragic accident and cancer patients young and old.

Most “before” faces wear a somber, neutral expression, anxious about what is to come. In contrast, the “after” photos reveal not only a different, more complete face, but the glow of peace and self-satisfaction as they wear their new facial prosthetic restoration. Even side-by-side with their other photo, it’s often hard to tell that the broken and wounded person on the left is the same smiling, confident person on the right. So completely has their appearance been restored and with it, their self-esteem and outlook on life.

“It most certainly is a privilege to be of service to these brave people,” says Michael Kaczkowski, the organization president, lead ocularist and anaplastologist. “Even after 30 years, every day I am continually reminded of the tremendous responsibility we have to help the amazing people that come through our doors.”

“But the functionality is much more than skin deep,” Kaczkowski says. “In addition to increased vocational functionality, our restorations are engineered FDA-Class-I removable-implant devices.”

“The engineering involved not only helps stabilize anatomy but aids in the rehabilitation of basic anatomical functions such as sinus drainage, speech resonance and breathing, along with restoring physical identity, vocal and gestural communication, emotional dignity and self-esteem.” 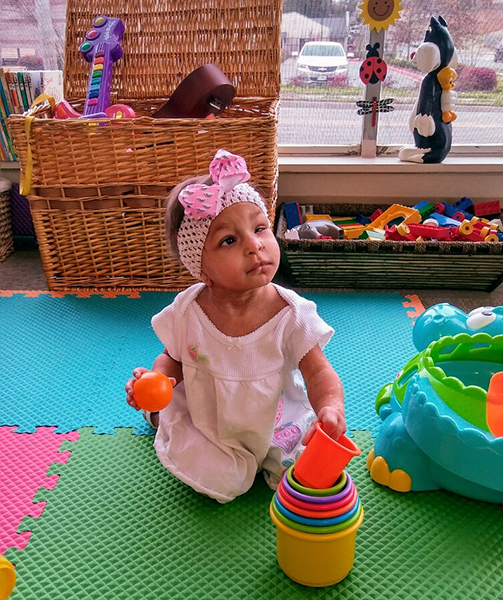 The clinic is the bridge between the “before” and “after” for hundreds of patients a year. Its new location at 3924 West Markham St., sits in the heart of Little Rock’s medical district and is the nation’s largest private anaplastology and ocularistry clinic, servicing patients from throughout the United States and many foreign countries.

With the latest technology at his disposal, Kaczkowski can treat cases which in the past were difficult if not impossible to correct and which today many ocularists still will not touch. The Little Rock clinic frequently handles referrals from physicians, surgical specialists and other prosthetics clinics with amazing results.

“I like to think we’re a shining light for Arkansas, giving people hope as the only practice in this part of the country that does what we do, which is the complete range of services,” he says. 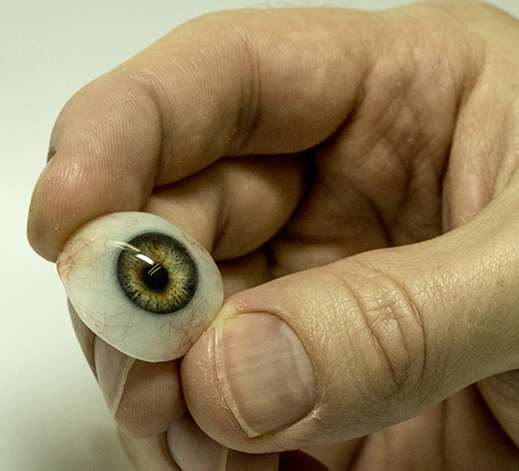 An Eye for Helping Others

Growing up in New York, Kaczkowski developed an early fascination with art, particularly hyper realism. By age 8 he was endlessly sketching and creating, trying to master light and shadow, form and features. He was particularly taken with mastering likeness and photo-realism.

At age 12, he saw his first prosthetic eye. He took it home with him.

“It changed my life; I couldn’t believe it,” he says. “I had to own that eye. I bought it for five dollars in 1982. Eventually I visited the ocularist that made the eye. To my delight, he lived right down the road.”

Kaczkowski’s innate obsession with mimicking life had found a practical application. He was irrevocably driven to take his passion to the third dimension, creating anatomical restorations as real-looking as possible. By the time he was 17, he had already created multiple realistic, life-size human bodies –all of them looked alive, with prosthetic eyes, teeth, hair and even facial stubble.

After taking all the high school art awards, he received a scholarship to the prestigious School of Visual Arts in New York City, where he eventually graduated with the school’s highest honor, the coveted Presidential Purchase Award, whereby the president of the school purchases one fine art piece for permanent display at the institution. 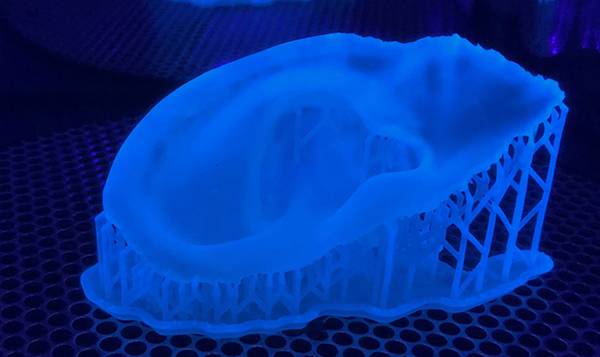 Kaczkowski’s various art pieces ended up in Manhattan galleries, such as SoHo, and was almost immediately attended by celebrities of movies and television.

“One night Christopher Walken came into an exhibit, and he wanted to buy one of my pieces, but it was already spoken for,” he remembers. “It was a very memorable night for me, but it was also symbolic. When I was in Manhattan, my art was getting attention. I was on TV a few times, and I had several opportunities to network with internationally famous artists.

“It was difficult to give that up and walk away from it, but I just realized I gained more satisfaction using my artistic abilities for individuals to wear and help them in their life than creating art that became a commodity. I made the right choice.” 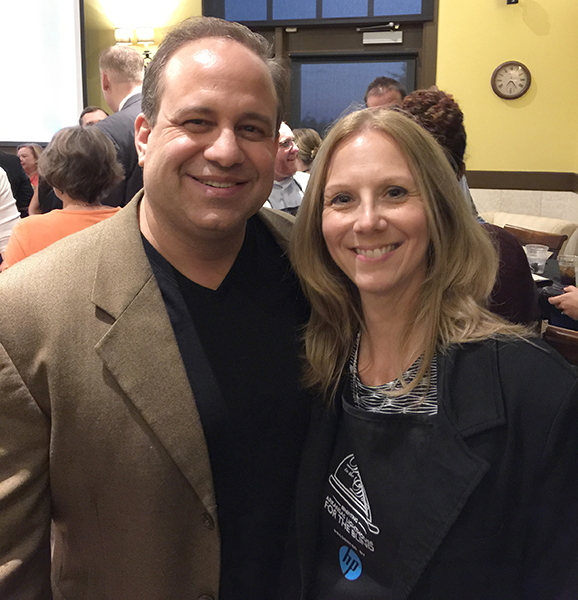 Michael with his wife, Pippa, at a blind charity event

After deciding to focus his energies full time on his profession, it wasn’t long before Kaczkowski would step out on his own, and many of the patients he worked with helped seed his venture with word of mouth referrals, including well-known personalities and public figures.

“Yes, movie stars are people, too, and a few of them have parts of their body missing,” he says. “Back then, they heard about me through the grapevine, today it’s the internet. Actually, I’ve been on the internet since 1995, and a lot of people found me that way.”

Because of HIPAA laws he can’t reveal names, but Kaczkowski created prostheses for celebrities such as a famous co-star of Tom Hanks and one of director Ridley Scott’s favorites to mention a couple. He helped save the career of a famous runway model and Heidi Klum pal, along with a few politicians, a UN ambassador and a Broadway star – all of which seem like a regular day’s work to Kaczkowski as he mentions his years of accomplishments. 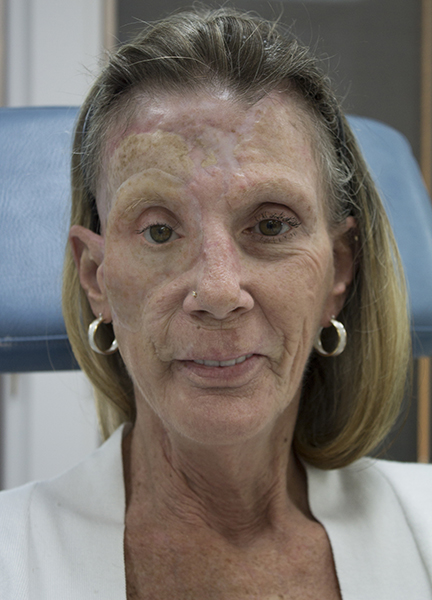 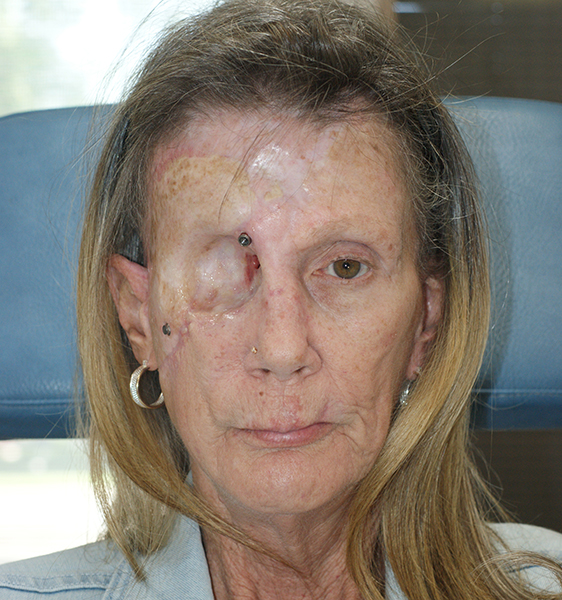 Over the years, he also expanded from customizing existing prosthetics of the day to inventing entirely new ones that function and look better than anything on the market. Today, his patients are the beneficiaries of these product improvements.

“We have our own unique technologies for the eyes,” he says. “I created our iris technology and our own prosthetic eye, both of which are lifelike technologies that are super-realistic.”

That trademarked technology, RealLifeEye, is a unique and proprietary process that creates eye prostheses that are extraordinarily lifelike in appearance. The irises, or colored part of the eyes, are filled with ultra-fine stroma detail and remarkable three-dimensional depth. The scleras, the white part of the eye, features poly-chromatic washes of color and vascular depth also closely mimicking living tissue.

“RealLifeEye features an engineered combination of computer pigment printing, innovative transparent layering processes and artistic hand-painting techniques,” Kaczkowski says. “It also provides the flexibility to match the remaining eye, even if that eye is damaged or discolored, providing perfect symmetry in appearance.” 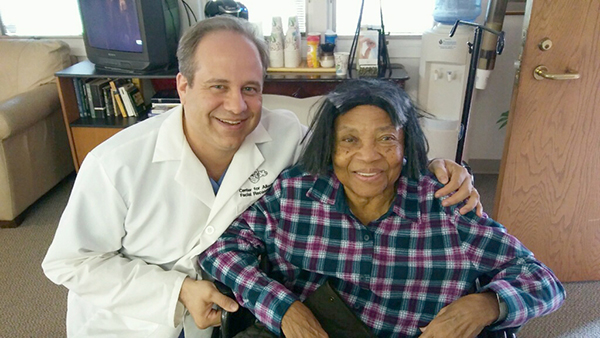 Another groundbreaking invention, RealLifeSkin, brings the same technology and advancements to other parts of the body. Frustrated by the limitations of artificial skin that didn’t look like the real thing that  stained and ripped easily, Kaczkowski developed his own product used in covering mechanical hands. The product was far stronger and virtually stainproof. It was the first thin silicone myoelectric hand covering on the market and has the same translucence of real skin, even featuring creases, pores and fingerprints.

The product gained the attention of national media and also had a cameo on the hit series “ER.”

“The episode where Dr. Romano lost his arm from a helicopter, there’s a scene where he’s introduced wearing an electric arm and that’s my skin on his arm,” Kaczkowski says, laughing. “That was a really exciting moment. Of course, then they killed him off shortly thereafter, but that’s show business.”

More recently, Kaczkowski has loaned his design and engineering skills to the area of osseointegration (OI), which involves the hardware that keeps a facial prosthetic in place. He gained recognition in this area by creating the first OI case in the United States for fingers in the mid-1990s. He worked with Swedish surgeons in Manhattan, as it wasn’t yet FDA approved for American surgeons. Drawing from that experience, he developed other components and processes for the eye, nose, ear and other prosthetics. He regularly assists local surgeons in the placement and implantation of these components to ensure proper fit and comfort in the wearer. 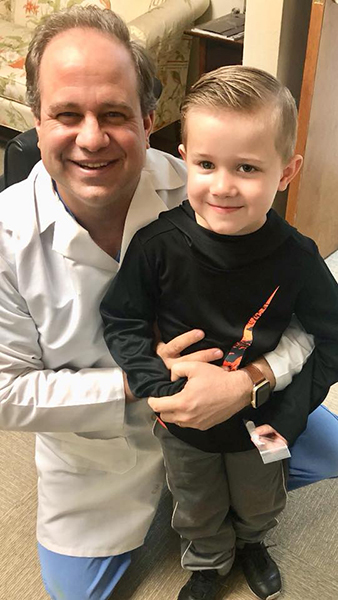 Kaczkowski says such work done on children is particularly important and emotional for him. As components have to be continually updated as the child grows, he gets to see and know his young patients as they come to grips with living with prosthetics in the world around them.

“[Fittings] start off at every two weeks,” he says. “We’re literally making a shape, and we’re increasing the size of it using tissue expanders at first. Then later, at a certain age, we turn it into a prosthetic eye which still functions as a tissue expander but now looks like an eye.

“Children are the cases that are the most emotional and satisfying after you see the positive results. They’re growing up and just trying to figure life out, and, let’s face it, other kids are cruel. So, this is a specialty that I hold very close to my heart. I’m honored to work closely with Children’s Hospital on these cases, sometimes going into the OR before they come here to the clinic.” 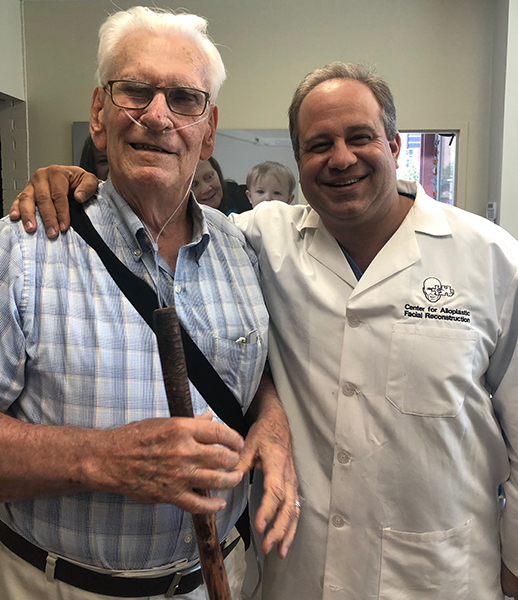 Kaczkowski feels the social benefit of his inventions so strongly, particularly as it pertains to children, that he’s taken remarkable steps to ensure these enhancements reach the widest possible audience of patients. Every year, he donates RealLifeEye technology to physicians and groups going on mission trips, enabling them to bring healing and restoration to people in the poorest countries of the world. And he doesn’t stop there.

“What I do for our veterans is, we do not charge the VA or the veteran, and we make them an additional free eye that has the American flag or the insignia of their branch of the armed forces,” he says. “There are patients of all different ages that, for whatever reason, make an impact on your own life personally. For me, that’s definitely the veterans. When they tell the stories about what they have lived through, both men and women in uniform, it makes you humble.” 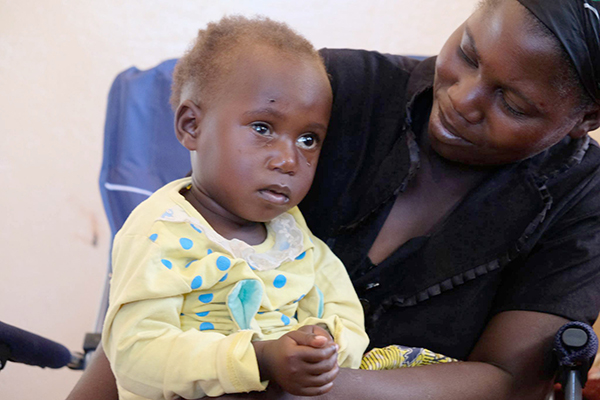 Scan with your Smartphone to watch videos or visit videos at: www.youtube.com/RealLifeSkin. For newer smartphones, simply use your camera mode and hover the phone over the QR code, then click the link that pops up. 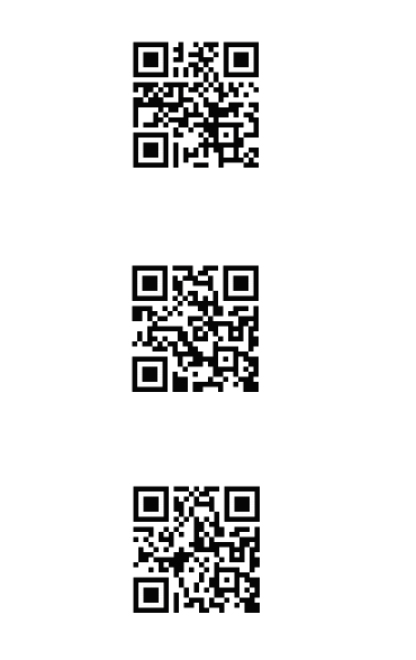 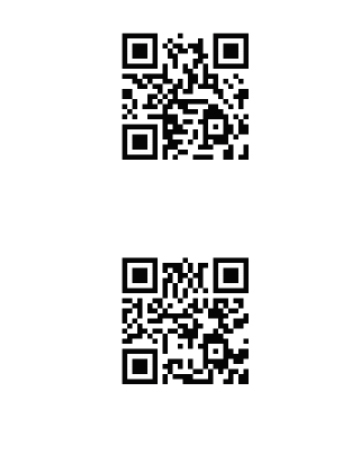