Home: Tuscany with A Touch of Texas

[dropcap]The[/dropcap] west Little Rock, Ark., home of Michael and Judy Shelley might be described in many ways. One way would be roomy. Including the roofed, outdoor living areas, the home covers about 8,000 square feet, not counting the garage.

This spacious place is one of three homes built side-by-side by the Shelleys’ close friend, Melinda Markus, owner of Markus Homes Inc. in Little Rock. “One home is Mediterranean, one is contemporary, and this has a Tuscan flair,” Markus said.

The Shelleys, each of whom is a certified public accountant with Texas roots, can’t help but also see elements of the Lone Star State in their surroundings. “We look at it, and we see south Texas,” said Judy Shelley, who’s originally from the north Texas town of Decatur.

The home also might be called a cosmopolitan combination of Michael Shelley’s various influences while growing up. President of the Arkansas Region of U.S. Bank, he described himself as an Army brat, living in Austria and Italy early on. He had an Italian nanny from the time he was 2 until he was 5. “I spoke fluent Italian,” Michael said.

Later, he lived in Dallas and on a cattle ranch in Fairfield, southeast of Big D. Thus, it’s no surprise he has a love of Western art, pieces of which can be seen in the home’s eclectic mix of decorations.

Perhaps the best way to describe the Shelley home is this: livable. “Our previous home was smaller, and we didn’t live in half of it. Here, we live throughout the house,” Michael said.

Home on The Range

The kitchen (shown in photo at top) is “totally designed for a person who loves to cook,” Markus said, adding that Judy Shelley loves to prepare meals and entertain. Wood throughout the kitchen is knotty alder with a clear coat. The countertop is leathered granite.

The Shelleys’ taste in art (shown in photo at top) can be seen in everything from colorful lighting to the Frederic Remington reproduction at the end of the wet bar. Local artist James Hayes produced the pendant light fixtures. The Scabos Travertine tiling, by Acme Brick Company of North Little Rock, Ark., can be found throughout much of the home. 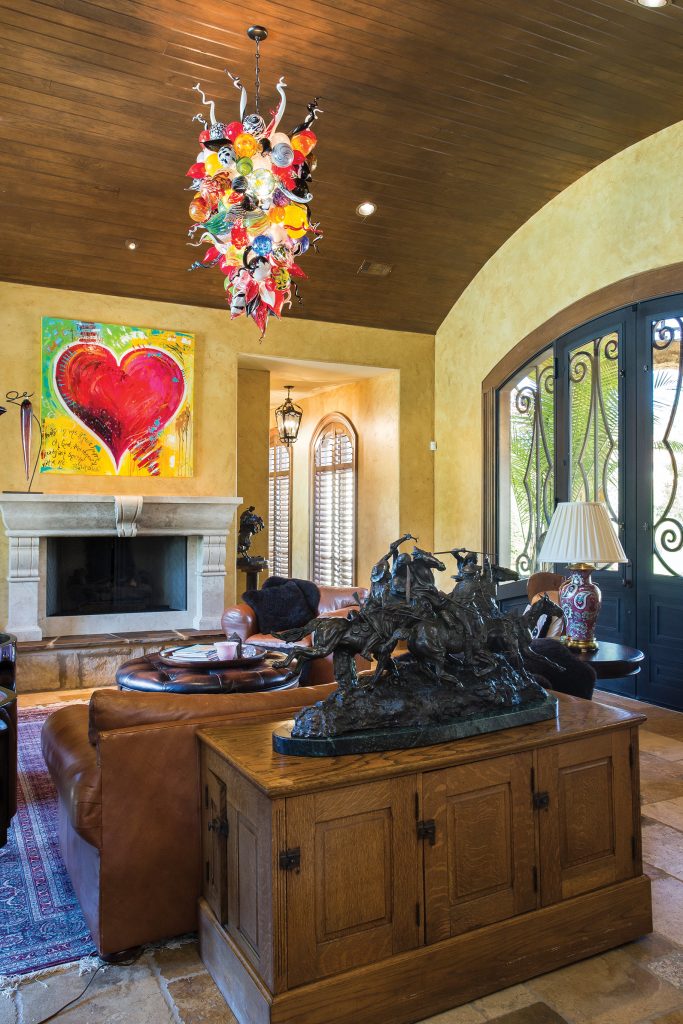 This chandelier, also produced by Hayes, is “our favorite piece in the house,” Judy Shelley said. Purchased at a Heart Ball auction, benefiting the American Heart Association, the chandelier consists of 155 pieces. To move it requires taking it apart piece by piece and having the artist reassemble it, she said. The bronze sculpture, a reproduction of Frederic Remington’s “Old Dragoons of 1850,” reflects Michael Shelley’s love of Western art. 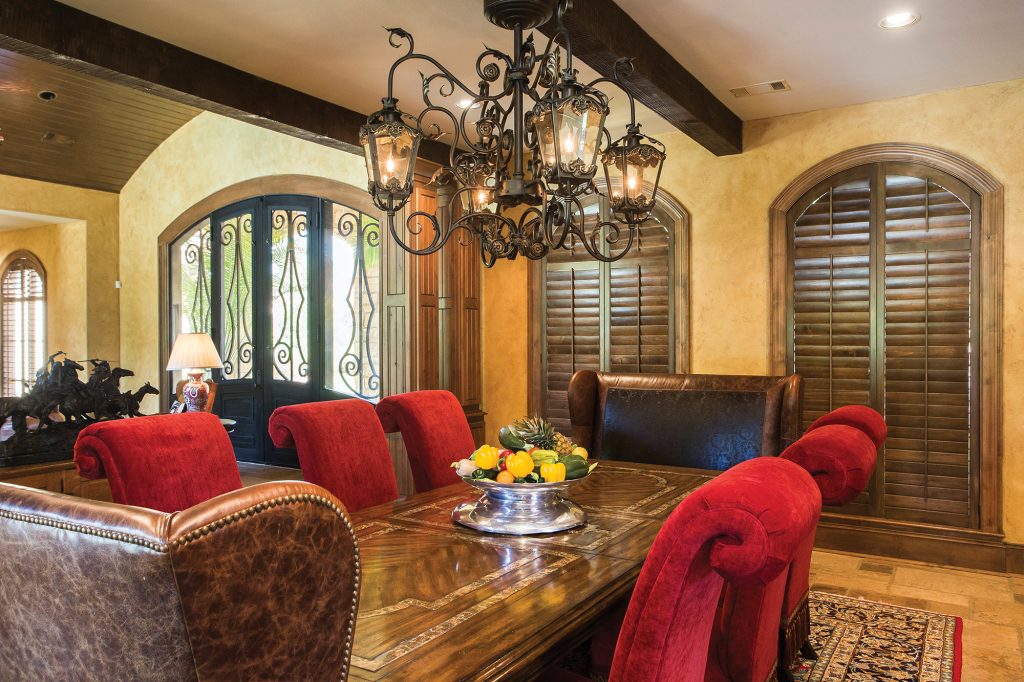 Room at The Table

“I love this table,” Michael Shelley said. He and Judy have three children and 12 grandchildren. “We have two more 22-inch leaves for when all the kids are here.” With the leaves, the table is 166 inches long — nearly 14 feet! 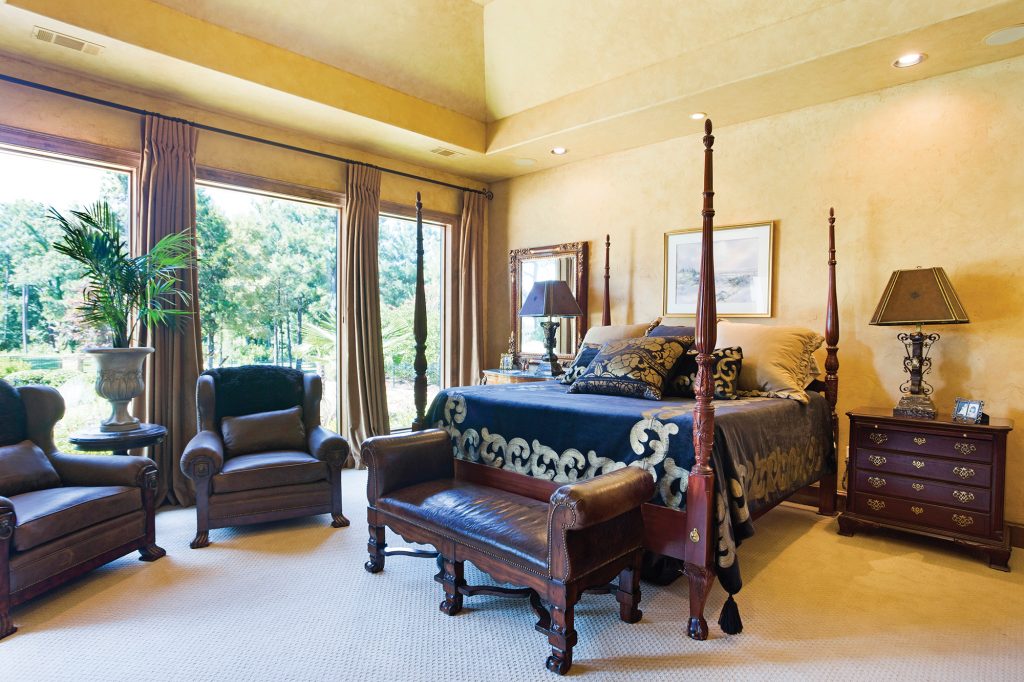 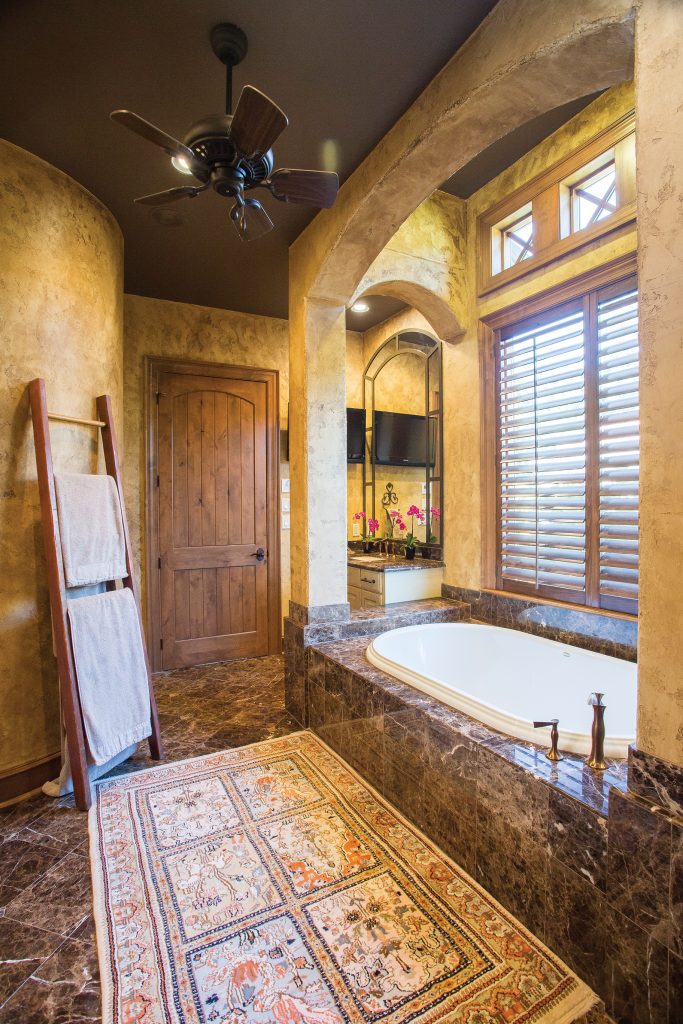 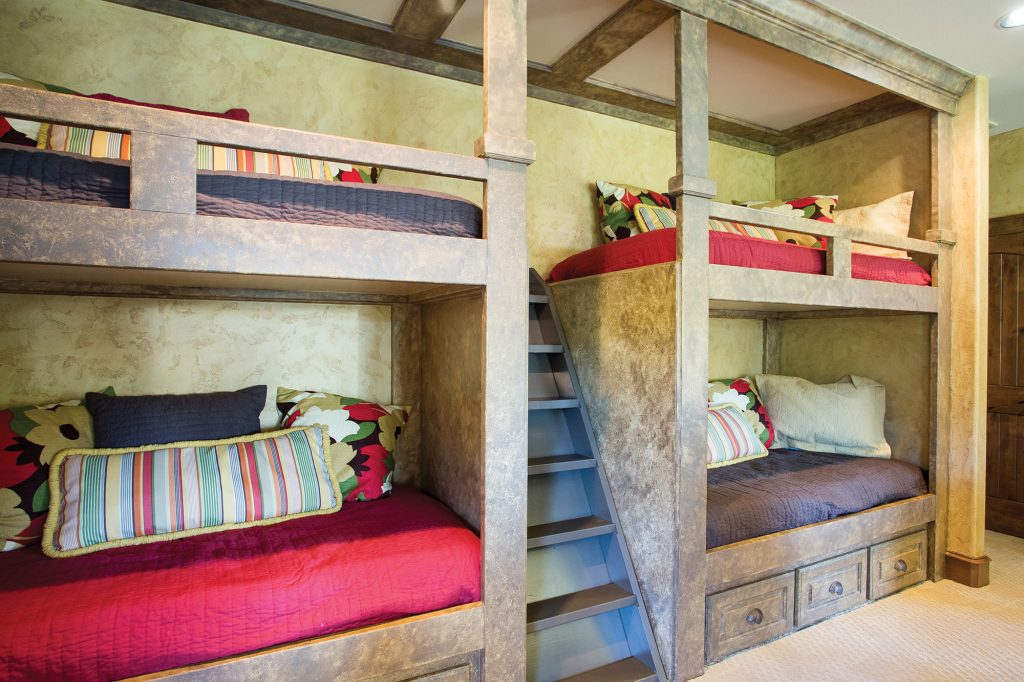 Michael Shelley calls this “the grandkids’ room” or “kid heaven.” An inviting place for the Shelleys’ 12 grandchildren, the room is arranged so that eight people can play video games simultaneously. And, he said, “They do that a lot.”