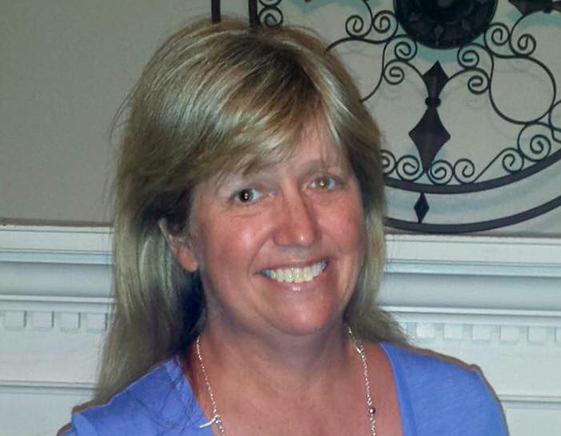 For this week’s segment of Hometown Heroes, AY About You sits down with Cindy Woodson, a volunteer at Haven House in Conway.

Woodson grew up in Texas and went to Texas A & M, earning a bachelor’s degree in psychology. She moved to Russellville and met her husband, Tim, an engineer at Nuclear One.

“I went into speech pathology because I had a son with a major speech disorder, and before that I was a P.E. teacher,” Woodson says. “I got my master’s in speech pathology at UCA, and have done that for about 12 years now. I eventually moved to Conway because my husband’s parents lived there. Family is super important to me.”

Woodson has been volunteering at Haven House for eight years.

“A little after the year that mother had passed away, with both parents gone, I felt like there was a hole that I wanted to fill. My mother was a foster parent for a few years, and I had worked at emergency shelters for abused girls for about a year, and my grandfather was the director of a home for foster children,” Woodson explains. “Several people in my family have done that kind of work. To do that work after my mother had died seemed like a great way to honor her. I did an internet search on Haven House, after seeing if there was something similar to the places I’d worked with in Texas.

Haven is a Qualified Residential Treatment Program (QRTP) for adolescent females in foster care between the ages of 12-18 who have experienced trauma. The nonprofit accepts children into their program from every county in Arkansas in which are all referred by the Department of Children and Family Services (DCFS).

Haven was started in 1986 when the management team of Mary Aleese Schreiber, who was Chief Executive Officer of Counseling Associates, Inc., recognized a need for a local shelter. With Schreiber serving as the national president of Junior Auxiliary, she approached the members of the Conway Junior Auxiliary who then located and raised the needed funds to purchase a home. The Junior Auxiliary and the community of Conway have continued to support Haven.

In 2017, Haven began to raise funds to build a new 10,000 square feet commercially built home. Through local support of individual donors, families, corporations and foundations, Haven has raised $2.4 million dollars to date for the construction of the new home, which Haven moved into in August of 2019.

Cindy is recognized as one of Haven’s best volunteers, as she has come in at least once a week for the last 8 years.

Haven posted about her on their Facebook page. “[Woodson] either brings dinner for the girls or brings all of the groceries to make the most amazing dinner WITH the girls. She stays the rest of the evening playing games and talking with them. Cindy is a true ‘constant’ in these girls lives and NEVER disappoints! You can imagine how important that is for children that have continually been disappointed.”

Woodson elaborates on what all she does with the girls at Haven.

“I go there once a week around 6 and stay until around 9 or 10 pm, bring dinner, talk with the girls, hang out, sometimes they talk to me about the life that they’ve been through. Hang out, play games, watch movies, just try to be a regular person who’s there once a week.”

But Woodson humbly emphasizes that she isn’t the hero – it’s the staff and girls at Haven House.

“The foster girls are the heroes – they react with great courage to very difficult and challenging situations. They don’t give up and they keep trying…they go through more trauma than you can believe. Their stories are real and true, and they react with great courage and fortitude and perseverance. They have a lot of hope and they keep going. That makes them heroes to me, and I look up to them,” Woodson says. “Further, kids in foster care are the heroes in our community, You might not know what they’ve gone through. You pass them in the grocery store and you don’t even know. I know some adults that would probably give up in those situations, including myself. The staff are an amazing staff, they do a good job hiring people and they’re really great people that work with these girls. They put their heart and soul into their work. I have a lot of respect for them.”

Woodson’s faith has helped her to continue her work. “You see Jesus in the people that you work with, and I see Him in them.”