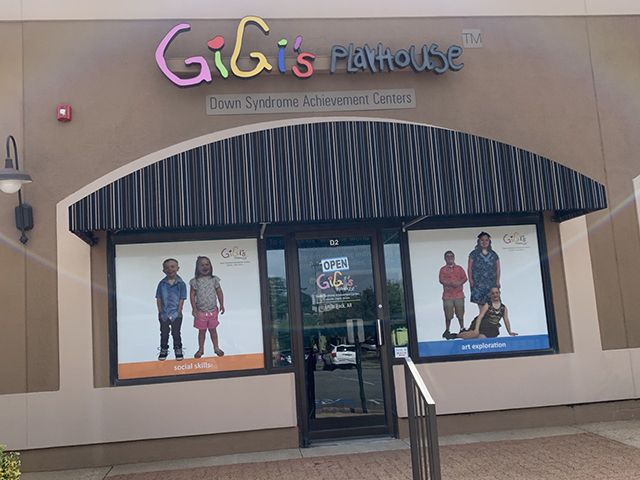 For this week’s segment of Hometown Heroes, AY About You sits down with Katy Sursa, the site director at Gigi’s Playhouse, and a host of volunteers who help make the organization tick!

Sursa grew up in Hot Springs and met her husband in Oklahoma for college. The two moved back to Little Rock after five years, when their daughter was three. Katy’s daughter, Emma Kate, has Down syndrome.

“My daughter was born in Oklahoma City, which doesn’t have developmental schools like we have here. It isn’t built into their state Medicaid system,” Sursa says. “When I moved back here, I had no idea what those places were. I was a stay-at-home mom the first two years of my daughter’s life. It blew my mind that schools like that were available here and that it was covered by Medicaid.” 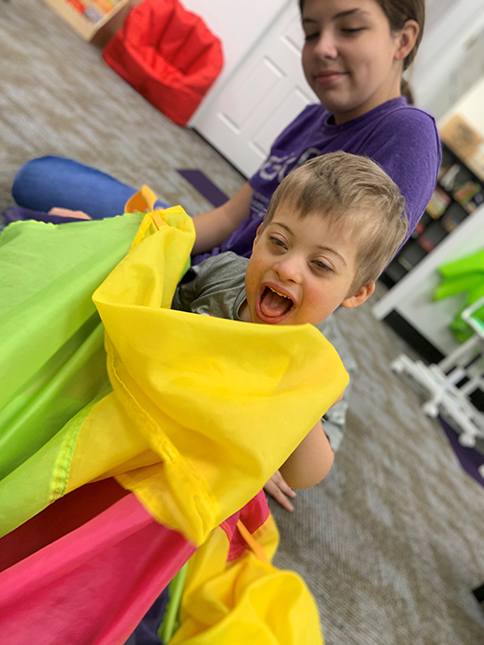 Sursa mentions that the resources for her daughter were great, but that she worried about what school life would look like with Down syndrome. But a new worry began to form in Sursa’s mind.

“My husband and I were talking and we realized that after someone with Down syndrome turns 17, there’s really nothing out there for you,” Sursa says. “There’s just not a lot, especially in the more rural areas, and these people lose the skills that they worked so hard to gain.”

Sursa decided to be the change that she wanted to see with her involvement in Gigi’s Playhouse, an organization dedicated to the development and livelihood of people with Down syndrome.

“Gigi’s Playhouse is a chain of Down syndrome centers worldwide. Many were located in Chicago and New York, but we wanted to bring that and something like that to Arkansas,” Sursa says. “Our commitment is that we serve from birth throughout the entire lifetime. We formed our first coalition group in 2017, put down money, and we haven’t looked back since. Our Little Rock location really took off here in 2018, and we finally opened doors in June 2019.” 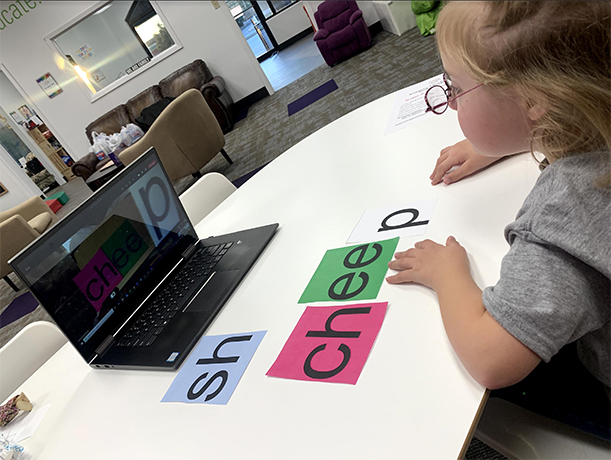 At Gigi’s Playhouse, the staff is committed to providing a wide array of services for free.

“We don’t care whether or not you have insurance or not,” Sursa says. “We lean on businesses and individuals in the community, and grants and donations have greatly supported us.”

As with many businesses, COVID-19 played a role in shaping operations at Gigi’s Playhouse. 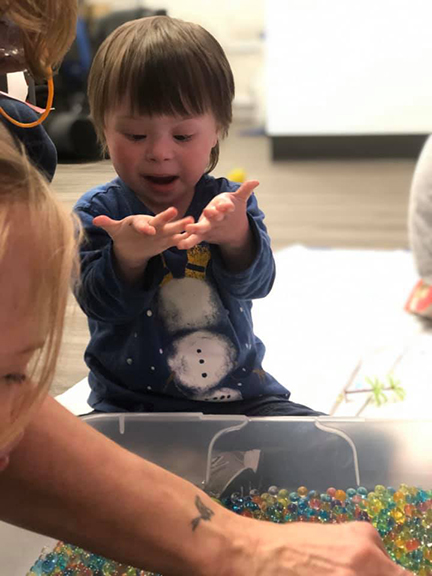 “COVID has been hard on us, because people who have donated to us are under stricter financial restrictions,” Sursa says. “When COVID hit, our whole community went underground. Everybody was so afraid of what it would look like, and everything was doom and gloom. People with Down syndrome can die from catching a cold – so when this happened, it was an earthquake through the community.”

In order to shut their doors, Gigi’s Playhouse would have to cut 4,400 of programming nationwide weekly. Within 12 to 14 days, the entire business model at Gigi’s Playhouse was flipped on its head as everything transitioned to online.

“The really neat thing about this is that it gave families across the country a window into other states’ events through Gigi’s at home. Everyone is producing local programming, but it’s all available nationwide,” Sursa says. “We leaned on the power of the network.”

Fortunately, the pandemic has been an opportunity for the organization to grow and expand. Gigi’s Playhouse opened three new locations nationwide throughout the pandemic, including the recent virtual grand opening of a location in New Orleans. All of these locations have programming that is live and on demand. Sursa tells us of some locally run programs to expect.

“We’re running a program called Art Explosion, run by Cece Pruett of the Knowledge Tree, and she’s developed a lesson plan where she bases each lesson plan on a different artist. And the whole time, she’s working through this art project with the people on the Zoom call with her. Because fine motor skills can be difficult for people with Down syndrome, Cece had to come up with ways to help her students create art,” Sursa says. “She decided that they’d be painting a famous bridge, but had them build the bridge out of masking tape on white paper, paint around it, and go from there.”

Sursa describes other projects and classes done locally at Gigi’s Playhouse, such as imitation Chihuli glass blowing, and Gigi’s Kitchen cooking classes. But Sursa notes that none of these events could have been put on without the help of a devoted base of volunteers. 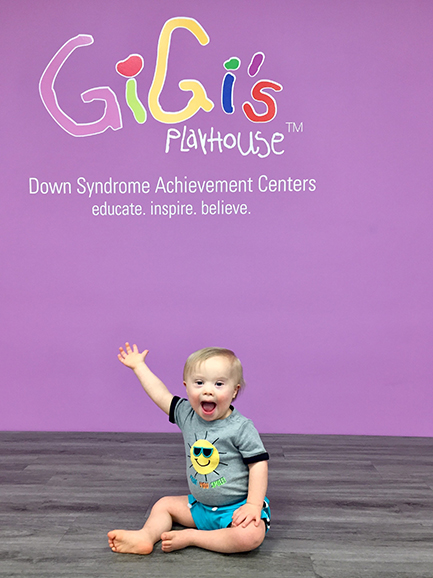 “Our volunteers have gone above and beyond,” she says. “I’m so proud of our volunteers who have done so much brainstorming and research.”

Gigi’s Playhouse introduces some of those volunteers to AY About You. 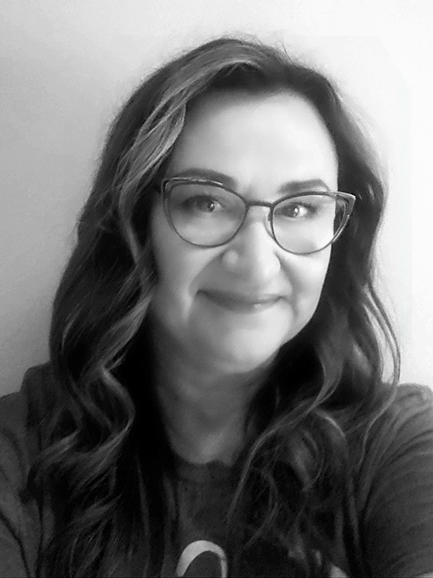 Celeste Connor has been guiding the playhouse throughout the COVID-19 pandemic. Celeste has a son, David, who is eight years old, with Down syndrome. Celeste genuinely desires to create a world in which her son, and all other persons with disabilities are included and welcomed as productive members of society, just like everyone else. 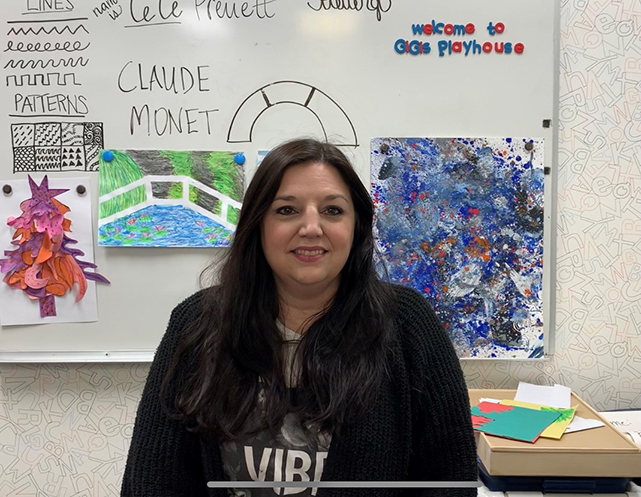 Cece Pruett, owner of The Knowledge Tree in Little Rock, has a talent and a passion for art and for helping others experience art in new ways. So, when we approached her about trying out a virtual art program for individuals with Down syndrome, she jumped on the opportunity. Cece works hard to create innovative and engaging lessons that work for any ability and any age. She makes art come alive for our participants. 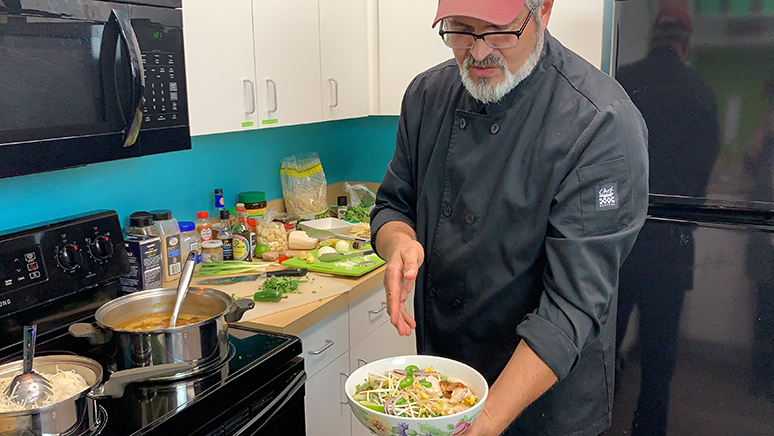 Rick knew his place was in the kitchen from a young age, learning first from his mother and grandmother then from others in a professional environment. As owner and operator of a Cajun food truck, he made thousands of beignets, gumbos, jambalayas and all other manners of Cajun cuisine. Rick has worked in several high volume, top-quality restaurants all across the world and now he’s cooking right here in GiGi’s Kitchen. Every month, Rick helps us create nutritious and delectable dishes that are easy for anyone to prepare right in their own home. As a father of a daughter with Down syndrome, he understands the importance of working hard to foster independent living skills for our teens and adults. We value Rick’s contributions and can’t imagine doing GiGi’s Kitchen without him! 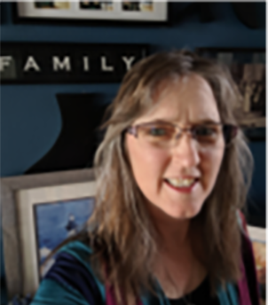 Deb worked for years in corporate America as a project manager, managing a large staff and high volume accounts, now she has put her skills to work as the volunteer coordinator for Gigi’s Playhouse. During the pandemic, she completely revamped the way she onboarded, trained and equipped new volunteers to become a completely virtual process. Deb makes sure all volunteers are equipped, empowered, and encouraged through every step of their time.

Steve is our Yes-man. Steve had a respected and valued career through Arkansas Children’s Hospital as an audiologist. When he retired last year, he realized that he would no longer be face-to-face with individuals with Down syndrome and that was what he would miss most about his job. So, when Steve reached out to us to volunteer, we gratefully accepted his application! Steve now is a one-on-one literacy tutor through our virtual literacy tutoring program. He also runs our TeenTastic program as program leader. He has also been known to come into the playhouse when he’s not busy and file, clean, organize, or do whatever other jobs need to be done. He’s so valued and has helped to keep the playhouse thriving through the pandemic. 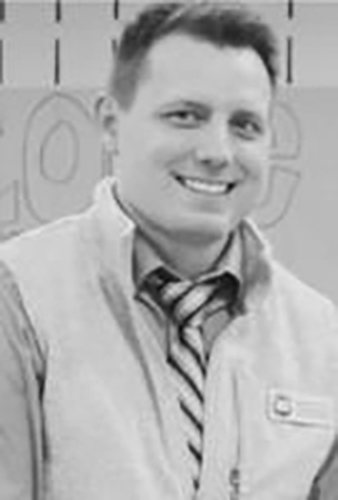 When Dr. Michael Taylor offered his skills as an expert in special education and the public school system for the role of tutoring coordinator, we were beyond grateful. His guidance for our one-on-one free literacy tutoring program has been instrumental in its success. He patiently leads and trains each tutor on the virtual platform and best practices for literacy tutoring. Thanks to Dr. Taylor, our literacy tutoring program is entirely staffed with experts in individuals with Down syndrome (or developmental disabilities) and made up of current or former special education instructors who have years of experience teaching through unique methods. His careful attention to detail helps each student in our program work through their own unique challenges to achieve higher levels of literacy through each session. We’re so grateful for Dr. Taylor and everything he has contributed to the literacy program.

When COVID-19 hit Arkansas, the first families to “go underground” were the families of very young or very old loved ones with Down syndrome. At that time, Barbara (or Barb as we call her) had been running a program for birth to preschool age children called LMNOP (Language, Music, N’Our Peeps). Although we tried to take this program virtual, getting a 2 year old to sit on a zoom call is harder than it looks. So, Barb decided to use her engaging personality to reach our families in other ways. She now has a video series called Books With Barb where she reads short children’s stories. In each video, she introduces an element of sign language or other communication skill. This wildly popular video series can be found on our YouTube channel or other social media pages. Barb is so creative and has such a heart for helping individuals with Down syndrome not only learn to read but more importantly learn to love learning. 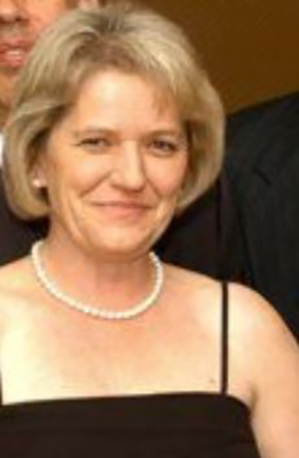 Beth Stamp is one amazing woman. Owner of Allied Therapy in North Little Rock, she still finds time to treat patients with personal physical therapy, hippotherapy, and other helpful aids to get them living their best life. Then in her free time, she sits on the GiGi’s Playhouse board of managers and also coordinates our fitness programs at the playhouse. Fitness, healthy living, and people with special needs are all areas very close to Beth’s heart and she shows that when she expertly crafts and guides our fitness programs at GiGi’s Playhouse. We just finished a 6 part series of Friends, Fun, and Fitness – a multidisciplinary fitness program ranging from soccer and basketball to karate and dance. We can’t wait to see what fun activities she has in store for our participants this summer!

Sursa says that the organization has many activities come up, from field days to picnics to celebrations in Rebsamen Park.