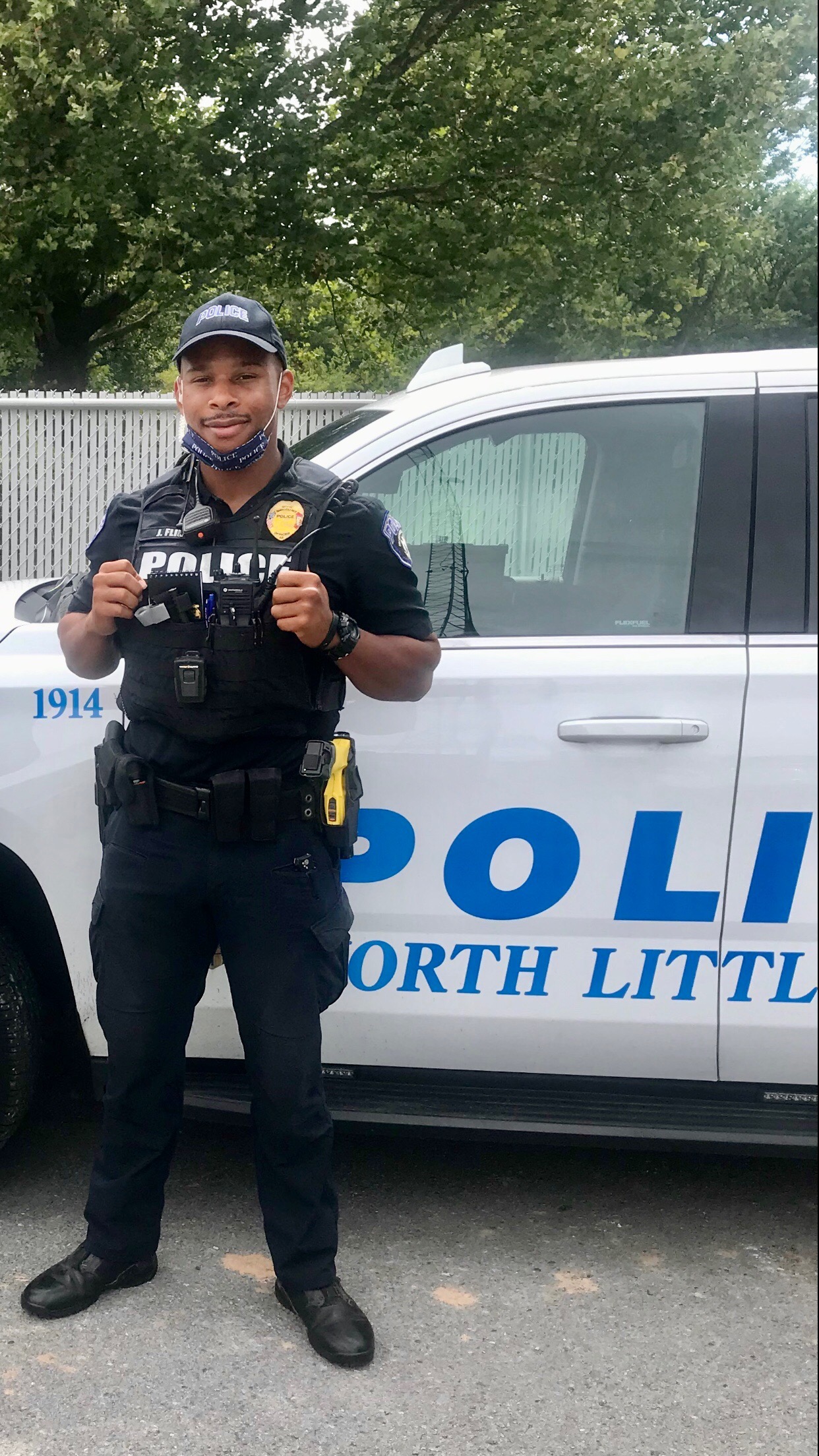 For this week’s Special Edition of Hometown Heroes, AY About You is sitting down with a new officer in the North Little Rock Police Department. Over the next several weeks, we will be profiling several new officers. These officers will share with us their experiences, goals, and future plans as they protect and serve the city of North Little Rock.

Patrol Officer Jerry Flint is a graduate of Central High School, and is from Little Rock. Flint played football and went to the University of Arkansas at Monticello on a football scholarship. While he was there, he majored in criminal justice. In his spare time, he practices martial arts and coaches Little League Football.

“At an early age, I leaned towards law enforcement. I grew up in East End and didn’t have very many positive influences. I’ve got a little brother that looks up to me a lot, and I wanted my family to be proud of me,” Flint says. “I applied for the Little Rock Police Department, but missed one of the tests. Then I applied for the North Little Rock Police Department, and everything just fell into place.”

Flint has been on patrol since January 20, 2020, and acknowledges that all of his job experience so far has been during a very unusual time.

“I think that the crimes I’ve seen have been pretty normal crimes– they haven’t really skyrocketed because of the pandemic. It’s just pretty normal, day to day.”

Flint walks us through a normal shift for him. “I’m on the midnight shift right now. I just try to drive around and be seen. I try to interact with people, especially kids, over in the Levy area. I try to be a positive influence for people who might now have one. As you go from call to call, you realize that being a police officer is kind of like being a counselor,” Flint says. “You’re going to people and giving them advice on how to not get themselves in trouble, and generally just being a voice of reason.”

Flint talks about how his career as a patrol officer has helped him open up.

“I always kind of knew that a community-oriented mindset was more important, but that was an obstacle for me at first. I was never much of a talker. You have to connect with a person on some type of level. It was really hard to get out of my shell the first few weeks so that I could better connect with people. It was easier when I realized the impact that my voice would make to help someone. I would need to look and sound confident so that my words would have a positive impact.”

Flint shares the impact that this past summer had on his career.

“It makes people very scared. A lot of people would go off of what they see in the media, which is a very small portion of officers. Most officers want to help you, and the media doesn’t always portray the best part of officers,” Flint says. “It’s easy to get caught up in that. That’s how the outlook on officers can be sometimes, and it can make it difficult to interact with people, because some people are already close-minded, and they’ve already shut you out.”

Whenever he encounters these situations, Flint relies on empathy.

“As an officer, you have to be very empathic. That is the key trait for an officer. You have to find whatever is relatable and latch onto it. You have to help people see that you’re there not to destroy them, but to help them. I try to relate to the person, and let them see every aspect of who I am. I ask them if this makes sense, step by step. I don’t just tell them ‘well, I’m the law, and this is how it is’. You have to help somebody understand the reasoning behind something.”

At some point, Flint says that he would like to join the SWAT team, but would also like to work his way up to the rank of sergeant. When asked about his interest in the SWAT team, Flint replies.

“It goes back to the extra training that we get at North Little Rock. SWAT is going to mold me into an even better officer.”