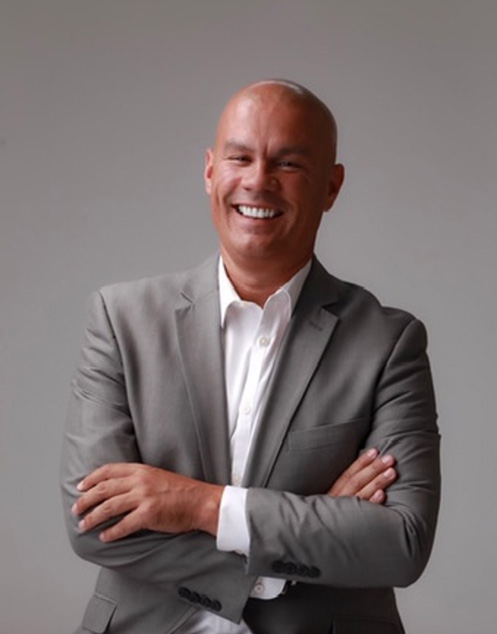 For this week’s special edition of Hometown Heroes, AY About You sits down with Officer Tommy Norman.

Norman has been a pillar of community-oriented policing for years and has made a lasting impact on his community and the country that will last a lifetime. 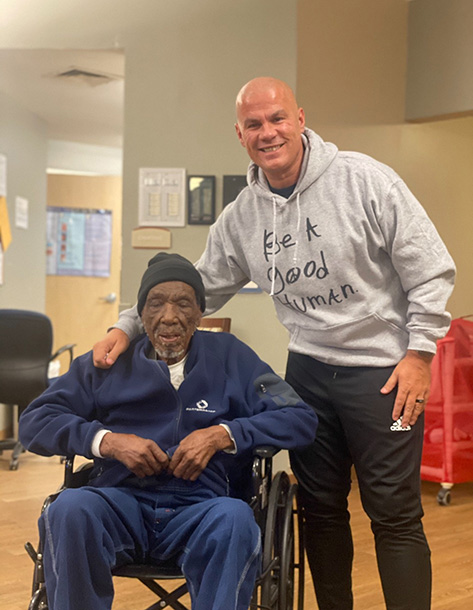 We asked Officer Norman what inspired him to become a police officer. “My uncle, Don Wooten, he’s deceased now, but he was the Chief of Police in Hot Springs Village. I would visit him at family reunions and in the summer,” Norman shares. “When I was a kid, seeing my uncle wear this uniform, I just thought that it was the coolest thing. His leather gun belt would squeak, and I always thought that it was the coolest thing ever.”

Norman mentions that seeing police officers working in his community reaffirmed his admiration for the badge. 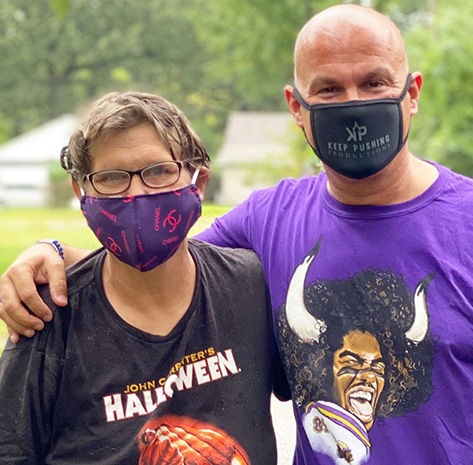 Norman joined the police force in 1998. “At that time, the city was facing the tail end of gang crime, and the city was a smaller community. It wasn’t horrible, but there was still crime,” Norman says. “I was so excited about giving back to the community that was always there for me.” 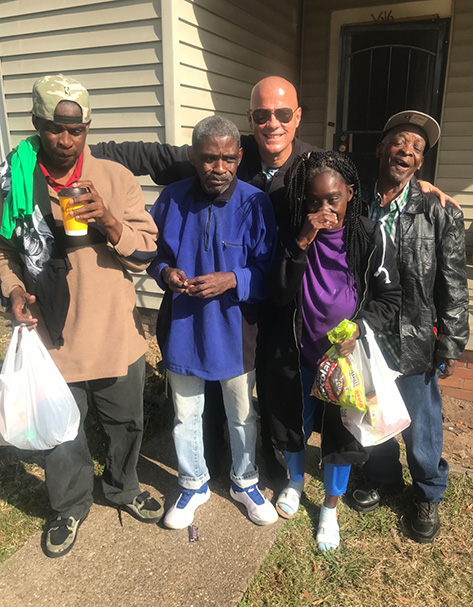 Norman emphasizes the importance of getting to know the people in the area.

“Just getting out and talking to people, shaking people’s hands, proved to be very rewarding. Getting to know people, getting to know their stories, and forming relationships is so important, not only as a police officer, but also as a human. Try to get to know everyone on your beat,” Norman advises. “Some people won’t let you into their lives because of the uniform that you wear. That happened to me a few times. People would wonder ‘If he’s not here to take someone to jail, then what is he doing here?’ Some people were really suspicious of me at first, because I think that some people weren’t accepting at first of that genuine love.”

But everything changed in August 2014.

When Michael Brown was killed by police in Ferguson, Mo., the American public found themselves weeding out bad apples and searching for examples of positive policing.

“The same year that Michael Brown was killed, I’d already been posting videos with kids on social media, whether it was me interacting with them or doing fun stuff with them – my work was already out there. Only people locally knew who I was,” Norman shares. “It was 2015 when a rapper named Killer Mike had been watching me from a distance, quietly. I wasn’t aware that he’d been watching my stuff. He was friends with an afternoon news anchor on CNN. Mike reached out to the newscasters at CNN, and asked them to find Officer Norman to highlight examples of good policing. My interview with CNN came on the heels of what happened with Michael Brown.”

Overnight, Norman’s social media exploded –  the public had found a positive example to turn to, a model of effective policing.

“That catapulted my work from a local level to around the world. It seemed like, from then on out, whenever there was an incident between police and civilians, people would turn to examples of Central Arkansas for good policing,” Norman says. “Obviously, it’s not a one man show. There are a lot of people who make a positive difference.” 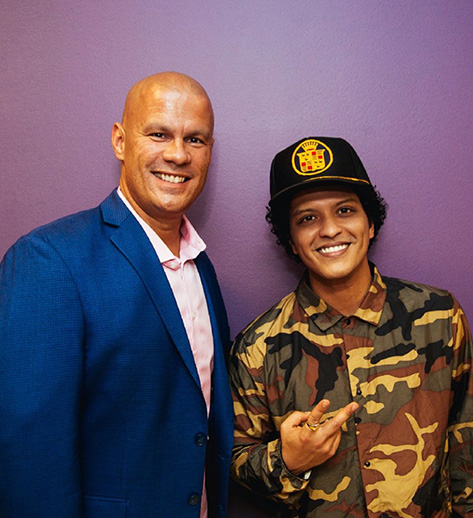 “Snoop Dog, Chris Brown, several other celebrities seemed to know who I was, but I didn’t know that they knew who I was. They would share my work, and that would lead to more followers that I would get. One day I was at 250,000 Instagram followers, and the next week I had jumped to a million.” 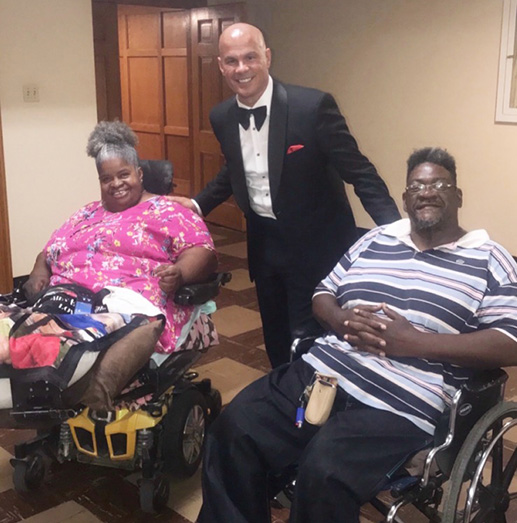 Norman was initially confused – he had simply been posting what he had been doing every day, for years.

“I just wanted to be a philanthropist not with money, but with a huge heart. The public has been so drawn to it, with simple interactions, and people are falling in love with the community here in Arkansas,” Norman shares. 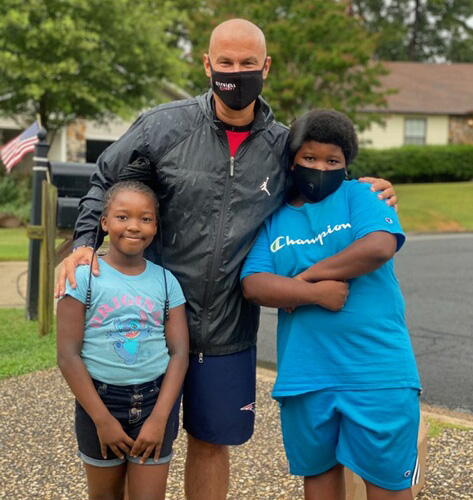 Norman pauses a moment to talk about the racial tension across the country over the last few years, and developments in criminal justice and policing.

“I feel like because of what has taken place– the riots and the protests, and people that have been very eager to see communities and police departments come together as one– I think that there’s no other choice than to embrace community-oriented policing,” Norman states. “There are plenty of good officers out there, but we don’t see them because they and their departments may not share their work as much as I do.”

Norman takes a moment to explain what true community-oriented policing is.

“Community oriented policing – what is that? It’s me knowing you, knowing your name, knowing that you’re married, that you like fishing, that here’s your favorite team,” Norman says. “I believe that the more you know and trust people, and love them, the less likely you are to handcuff them. In a sense, when you’re friends with the community, I think they’re less likely to commit crime, because they would feel like they’re letting you down, and like they’re letting a friend down.” 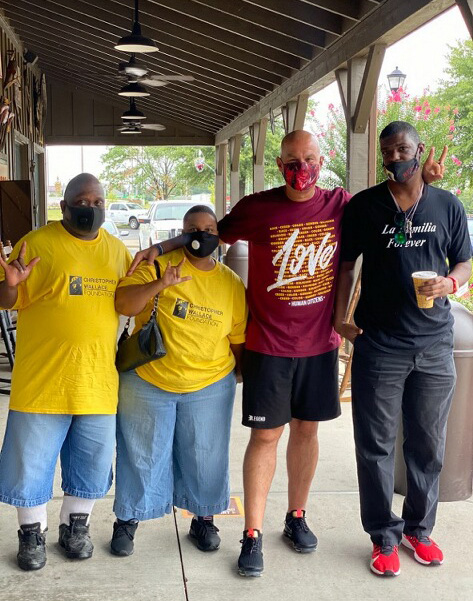 Being as involved in the community as Norman takes a lot of effort. Norman is also involved with many charities and holiday drives throughout the community, such as Shop With A Cop, Season of Giving, Big Brothers Big Sisters, Make A Wish, the Special Olympics, United Way, and many more organizations. Norman makes appearances at hospitals, children’s hospitals, retirement homes, schools, graduations, and birthday parties.

“With me it’s always…continuing those friendships that I have formed throughout the years. I’m a little more cautious about those interactions nowadays, going into the Boys and Girls Club and retirement homes and schools since the pandemic,” Norman admits. “I was concerned at the beginning of the pandemic– I was unsure of how I was going to do things. I would drive by people’s houses instead and wave and honk.” 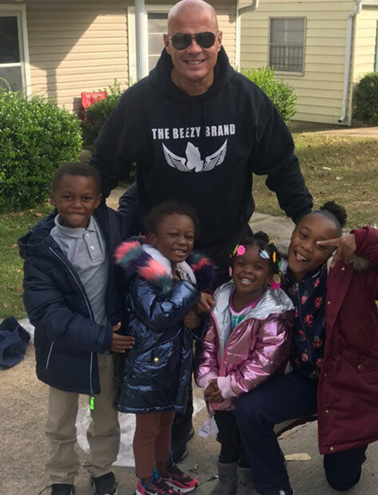 Norman makes a note about all of the events that he usually attends, assists with, or makes an appearance at. “These things are happening virtually, and takes away the intimate feel of being there in person,” he says.

Norman notes, though, that while his career gives him a certain amount of power, it isn’t what defines him.

“In uniform and out of uniform, it is absolutely my heart that defines me. The badge is powerful. The police uniform is powerful. But for me, it’s my heart, and that has always defined me.” 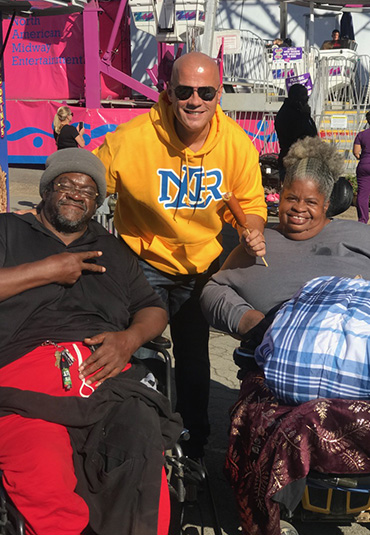 Norman addresses other police officers, first responders and public servants, advising them to remain vigilant and ready to help in hard times such as these.

“People of faith and public servants who have these platforms, it’s our job to continue to check in on people and care for them. It’s very important that we’re there for our communities now more than ever before.”

Finally, Norman offers a word of hope to people who may have lost trust in their police departments, following a year marked by nationwide police brutality. 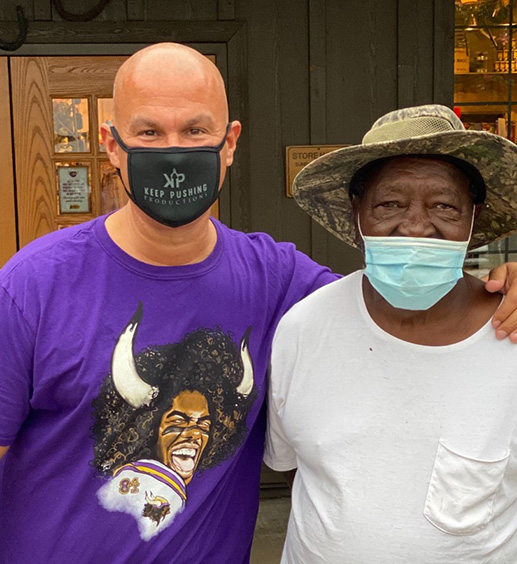 “Police officers are human beings just like anybody else. We care about people, we love people. We want communities to become better. We want to become one big family. Every family has issues and problems. There are times that we have to enforce the law. But police officers have hearts. We care for people. Regardless of what people think, or what they may see on the news,” Norman says. “Are there bad apples? Yes, but those bad apples are being held accountable more than ever before, because people want change. Please give us a chance to show you that we love you and to show you that we care.”

Norman mentions that this year has been full of challenges, on and off the clock, but that he and other public servants are finding new ways to branch out and make a difference.

“Through social media, I’ve been able to help a lot of people, whether it’s someone who needs diapers, or needs help paying a bill. We’re a big virtual family, all around the world. Ultimately, it’s me out there, trying to give when my shift ends,” Norman says. “But my heart is always on duty.”

READ MORE: Made in Arkansas – Erin Pierce and the Organized Chaos Collection