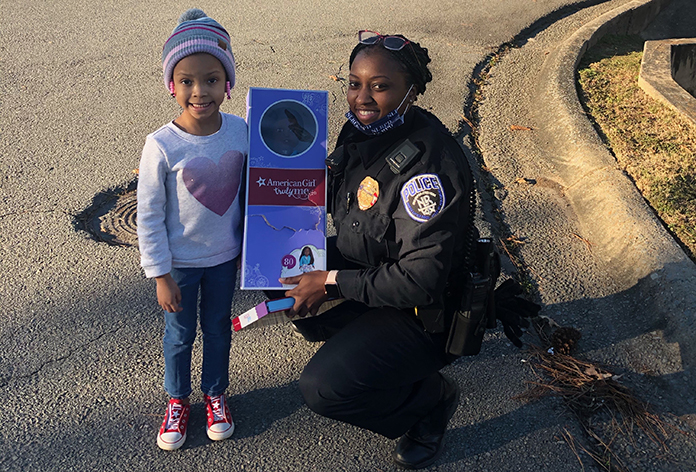 For this week’s special edition of Hometown Heroes, AY About You is sitting down with a new officer in the North Little Rock Police Department. Over the next several weeks, we will be profiling several new officers. These officers will share with us their experiences, goals, and future plans as they protect and serve the city of North Little Rock.

Patrol Officer Deshundria Johnson was born and raised in Leland, Mississippi. After graduating high school in 2014, she moved to Louisiana, where she was a military wife. After her divorce, she started working in corrections in 2017. As she became more involved in the Arkansas Department of Corrections, Johnson moved to Little Rock to work in Pulaski County, the Tucker Unit, and here in the capital city again. She has a five-year old daughter, Amelia, and is currently working on her bachelor’s degree in criminal justice at the University of Arkansas at Little Rock.

“It was just interesting to me to see the different positions in the prison, just spending time with the inmates and trying to rehabilitate them. That was my thing. I just wanted to be a part of that,” Johnson says.

As Johnson built experience in many different fields of corrections, she gained more interpersonal communication skills. She says her skills learned working in the correctional system were pivotal to her future career.

“I’d always put in an application, but I’d never gone through with it, in a police department. Everybody in the jail kept encouraging me, and I finally put in for the police department in North Little Rock.” 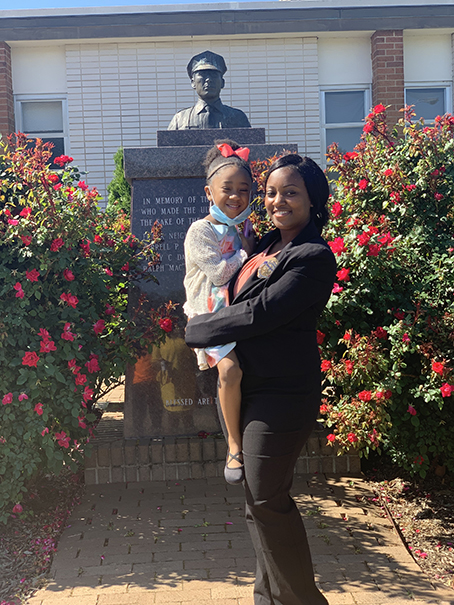 Johnson talks about some of the challenges faced this past year, with national racial unrest in a pandemic.

“Everybody thinks that police officers are violent. I’ve had to talk people down. Not every officer is the same– it’s all about communication,” Johnson says. “Most of the time, it’s about just trying to reach people, trying to talk to people. I’m a black female. Me being black can be difficult, if I’m in an area where there aren’t a lot of black people. That also means that I get heat from all sides. You’re trying to relate to people that this has happened, yes, but it hasn’t happened to you. Additionally, we see a lot of disturbances and fights within the family, because everyone is in the house with nowhere to go. Tempers flare quickly.”

Johnson talks about how her parents feel about her career choice during a tumultuous time.

“My family is afraid for me. They’re happy for me, but they’re afraid because of everything happening to police officers. They’re always checking in on me. They know I’m strong and independent. They’re worried, but they know.”

Johnson emphasizes the importance of her background in corrections and communications.

“It’s all about how you treat people. I treat everybody like a family member. Even if they disrespect you, have a smile on your face, and tell them to have a blessed day.” 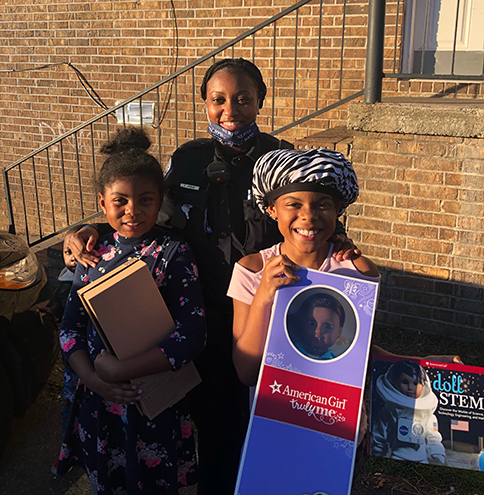 Johnson shares that she joined the NLRPD, because it was those officers who seemed the most like a family.

“When I was working intake at the county, you would see a lot of officers bring people in. Some departments would let the job get to them. But the North Little Rock officers were always fun, had a smile on their face, and acted like a family.”

While all of the police departments in the state are worthy of praise and respect, Johnson points out that many NLRPD officers go above and beyond behind the scenes.

“I’ve seen our officers pay for rooms for people, or buy groceries for them, or help them pay bills. Our officers actually do things to help people, even when know one is looking.” 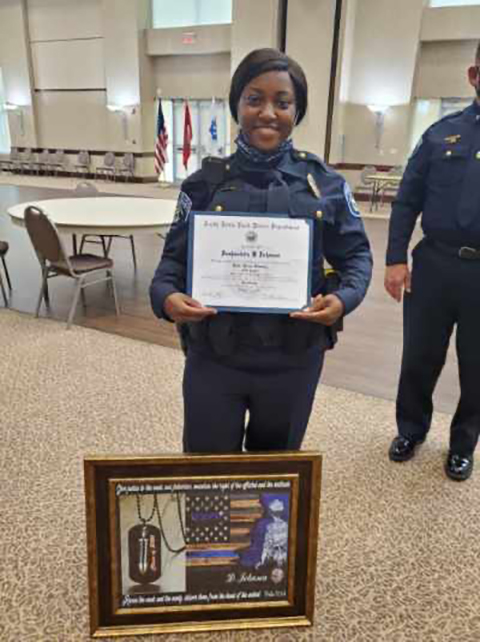 Johnson hopes to go to the Drug Enforcement Administration at some point in the far future, although she also admits that homicide investigations have caught her eye. She has also expressed interest in being a drug recognition expert.

“I do want to take more drugs off the streets. I’ve been finding meth, and lots of other drugs.”

Ultimately, Johnson hopes that no matter where she finds herself in law enforcement, she can help make the city safer for her daughter.