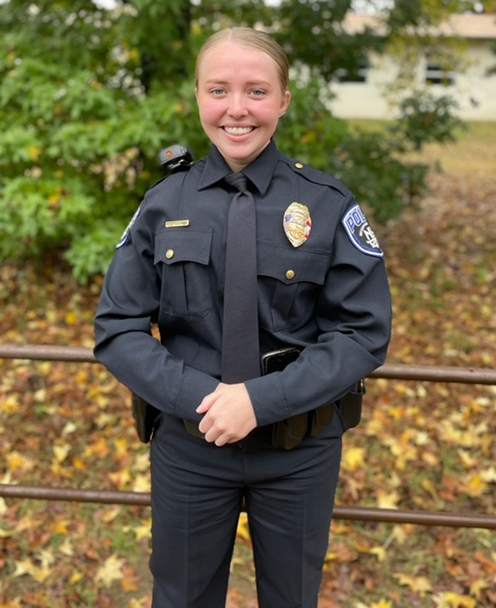 Patrol Officer Reagan Evans grew up in Little Rock, and has always been a huge Razorback fan. She went to Pulaski Academy and always knew she’d go to Fayetteville.

“When I was a freshman, my roommate was a cheerleader, and I tried out and was given the job of being the female Razorback mascot, Sue E..” 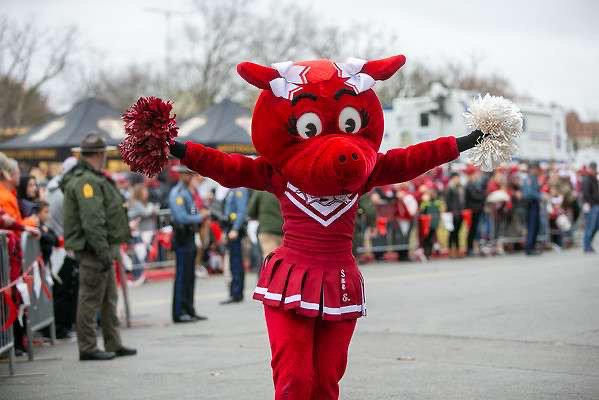 Evans changed her major several times before feeling at home with a double major in criminal justice and sociology with a minor in philosophy. In her spare time, she loves jigsaw puzzles and scary movies.

Evans got interested in criminal justice through a friend.  “I’ve always been the true crime type, and my friend is an officer in Springdale. I wanted to know all about his job. Junior year, I stopped asking him questions and started taking classes. I decided to give it a shot. After graduating in May, I got hired on June 29, 2020.” 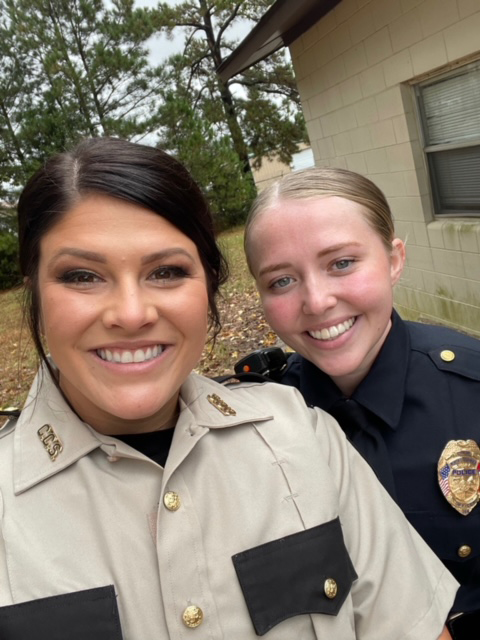 Evans outlines the hiring and training process. “After you get hired on, you go through a month or two of training with the department, and then you go to the police academy. Then you do your departmental training and then your field training. Then you work with your partner until your first full year on the force.”

Evans explains what got her interested in the North Little Rock Police Department. 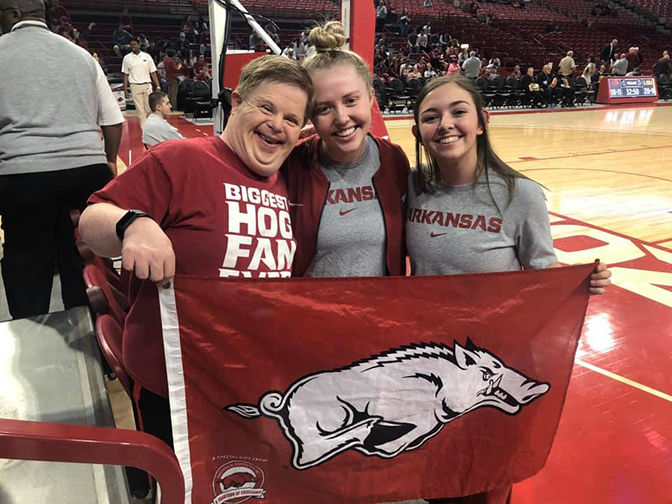 “The biggest factor going into the NLRPD was a family friend. When I decided to apply I talked to her, and she was a big factor. NLRPD is competitive because it has a great reputation. I wanted a smaller department where I knew everyone and could make connections. Sergeant Helton was like a mentor to me, and her husband works for the LRPD,” she says.

Evans’s first month on patrol was in December, when she notes that theft crimes were up because of the holidays. She hasn’t seen much crime related to the pandemic otherwise. She has, like Officer Veliz, noted a shift in the policies and procedures of the department. 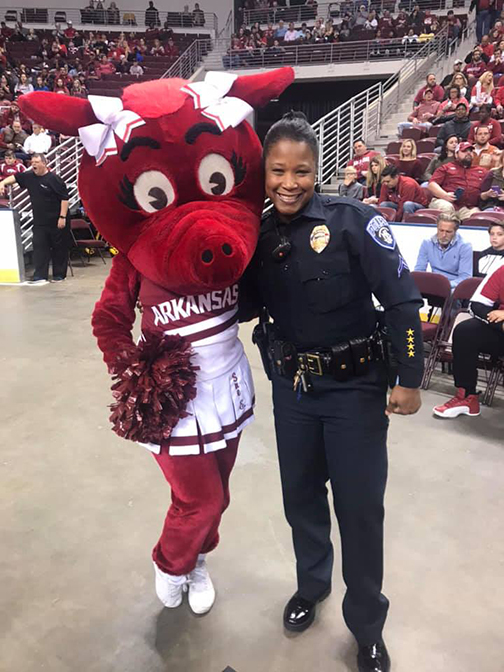 “We always wear gloves and masks. I’ve noticed that a lot of the people that interact with are aware of whether or not they’re wearing a mask, and apologize when they don’t.”

Evans jokes that what is known as the reactionary gap, a protective gap between officers and suspects when interacting, has become a social distancing gap.

She says that right now, her main focus is to continue training and see what interests her.