Hometown Heroes: Sharon Giovinazzo and World Services for the Blind 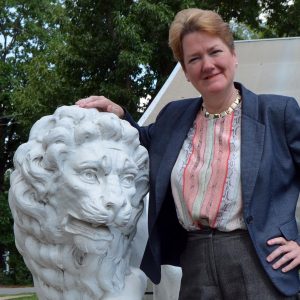 Sharon Giovinazzo was introduced to the world of the blind in what she describes as a “baptism by fire”.

It was May of 2001 when Giovinazzo was in upstate New York, suffering from bad headaches and vision loss. A doctor called her and told her that she had lesions on her brain stem that were interrupting her visual cortex. Giovinazzo asked what the treatment plan was, but the doctor replied that the disease would get progressively worse.

As days went by, Giovinazzo’s symptoms got worse. “My self esteem declined, and so did my vision,’ she says. 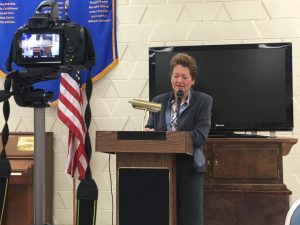 Giovinazzo reached out to an agency for people who are blind and began rehabilitation and learning how to manage a household.

Her physical therapist told her that it was time for her to take the bus. Giovinazzo panicked, but her therapist replied.

“When you could see you could drive, and that’s why you didn’t take the bus, not because you couldn’t.” 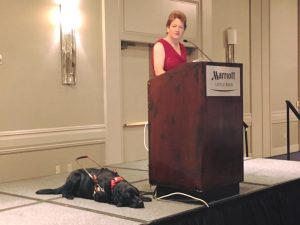 She signed up to be a registered nurse in the fall of 2001, determined to do the things that she had wanted to, but didn’t think that she could do since becoming blind.

“I had no marketable skills as a person who was blind,” Giovinazzo says. “So I had to learn how to be blind.”

Giovinazzo obtained whatever positions she was qualified for and worked her way up, going to school at night, and listening to audiobooks while packing gloves for BetterVision during the day. 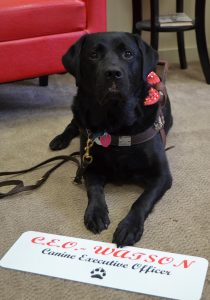 She became involved in lobbying, speaking out for those blind and visually impaired people who didn’t feel as though they had a voice in the realm of politics.

She found out about a career opportunity in Arkansas in 2015. A struggling World Services for the Blind was barely keeping its head above water financially. The agency had seen five different CEOs in five years. Giovinazzo applied and soon found herself as the second blind person to be CEO in the organization’s history.

Since then, World Services for the Blind has served 17,000 people from all 50 states, and 59 countries.

“We meet people where they’re at and go from there,” Giovinazzo says.

In the last few years, World Services for the Blind has developed a large online presence, with 15 to 18 career tracks that people can go into. 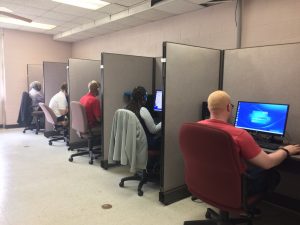 “There is a 70% unemployment rate for blind adults,” she says. “These people are told what’s impossible by people who make assumptions.”

Giovinazzo has taken in plenty of people in the community, including the homeless. 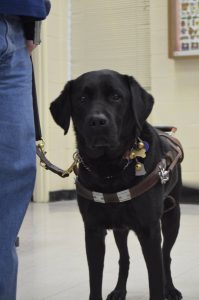 “Police officers will bring blind homeless people,” she says. “A lot of people, when we get them, are not financially stable. Arkansas has tons of food insecurity, and when you add vision loss on top of that, it can be crippling.”

Giovinazzo has worked hard to bring curriculums up to date and to spread the word about World Services for the Blind to those who need their services, and to donors who help keep their organization alive. 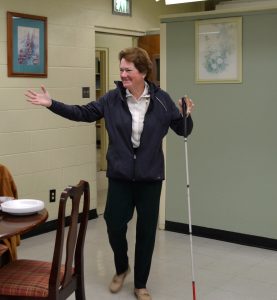 “We’re a specialized melting pot. We want people to live their lives, no matter what that life is,” Giovinazzo says. “People come in here learning what was impossible before.”

Giovinazzo has had to make very difficult decisions in the face of the pandemic.

“On March 11th, 33 percent of our campus was homeless. I made the decision that we would keep our doors open and ride the storm out,” Giovinazzo says. “From April through June, our homeless population increased to 50 percent. Right now, 65 percent of our residential clients are homeless.”

Today, Giovinazzo helps those who come to World Services for the Blind secure government funding and assistance while helping those who are blind and visually impaired obtain the skills needed to live day to day.

“It took me losing my sight to gain my vision,” Giovinazzo says. “You want to be able to brag about what you do– it defines us. Blindness doesn’t have to define us.”

If you’re interested in learning more about Sharon Giovinazzo and World Services for the Blind, be sure to check out their website or their Facebook page for more information.