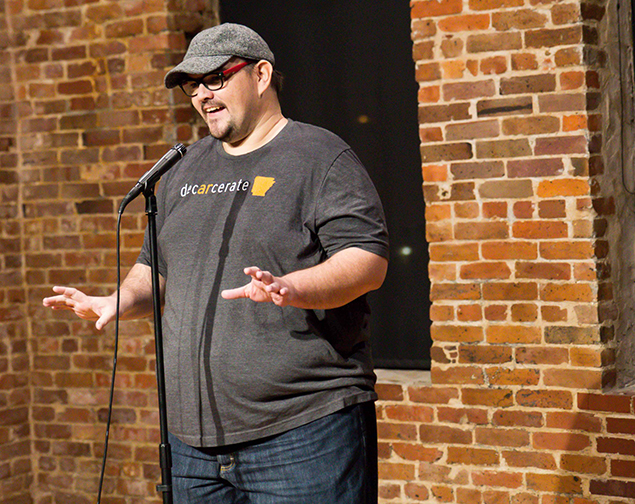 Happy Monday! For this week’s Hometown Heroes, AY About You sits down with Zachary Crow, executive director of DecARcerate.

While Crow has a background in film and video production, it wasn’t until he lived in the Open Door Community in Atlanta, Georgia that his eyes were really opened to the impact that incarceration has on the community. “I lived in a residential community of folks in a big house in Atlanta that offered hospitality to homeless friends, people on death row, and people getting out of prison. I was living with and alongside folks who were moving in directly from the streets or from prison. That was my first introduction to these issues,” Crow says.

While living at the Open Door Community, Crow befriended a death row inmate, Daniel Lucas. They were friends for some time until Lucas was executed. 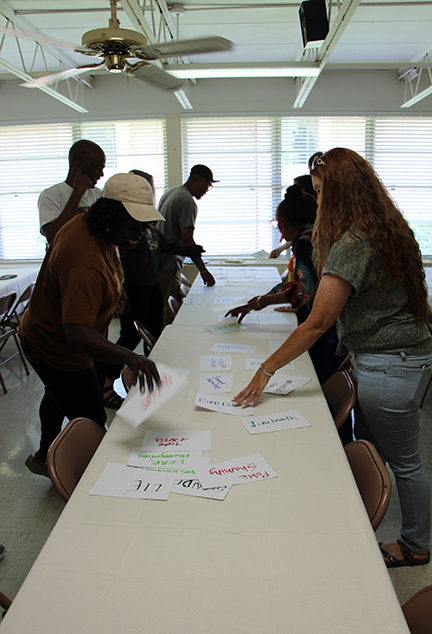 Crow moved back to Arkansas and began to look for organizations that were involved with helping incarcerated people. An organization called DecARcerate had just started around the time that Crow moved back, and Crow became involved as a volunteer. He quickly moved up in the organization, from volunteer to part-time director and then full time director, transitioning the group to a nonprofit.

“DecARcerate started as a coalition in late 2015 in response to the rapid spike in Arkansas’ prison population. 2015 was really the height of the massive spike in prison numbers. That number has gone down a little bit but is still higher than it was pre-spike,” Crow says. “A couple of concerned organizations helped form the group as a response to the massive growth in the prison population. By then I had been with the organization for a few years and then we transitioned to a nonprofit in early 2019.”

Crow goes into depth about DecARcerate’s mission and goals.

“We’re working towards humanity’s dignity by confronting injustice. We’re working to end mass incarceration through public education, smart legislation and public policy, on the ground campaign work regarding fines, fees and bail, addressing solitary confinement and empowering leadership to address injustices. We start by prioritizing staff and board positions around folks who are directly impacted in some way, and through a training program that we’re working to launch next year,” Crow says. 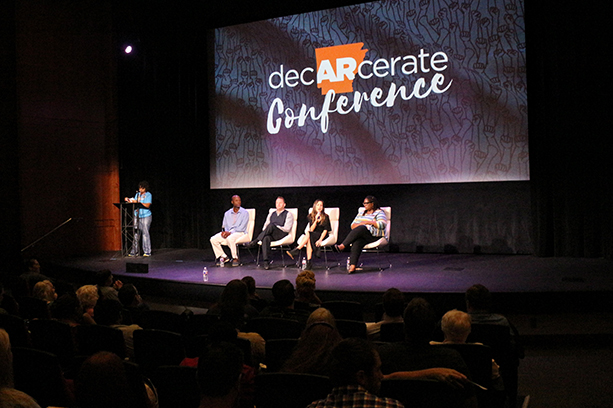 “We’re really trying to offer some resources and tools to do our work more fully. We really believe that folks who are closest to these systemic injustices are closest to solutions, but are furthest from the resources to be able to do that work,” he says. “Part of our hope is to provide those resources for folks. Movements for social change are most effective when they are led by folks who are most oppressed. And that’s a piece of what we’re trying to grow in the coming years.”

Crow talks about the impact that the COVID-19 pandemic has had on their nonprofit, and on the prison system. “I don’t know that the pandemic changed our mission in any way. It certainly intensified the need for our work. We see the folks who are currently incarcerated as a really big part of our work and in understanding the state of prisons in Arkansas. During COVID, we’ve seen this massive threat of COVID in prisons. We really have seen our work in this moment as receiving information from people and families that we’re in contact with, and getting that information in the right hands, whether that’s journalists, lawmakers or lawyers. We have continued to stay in contact and strategize with people who are on the inside,” Crow says.

READ MORE: Cory Jones and Compassion Works for All