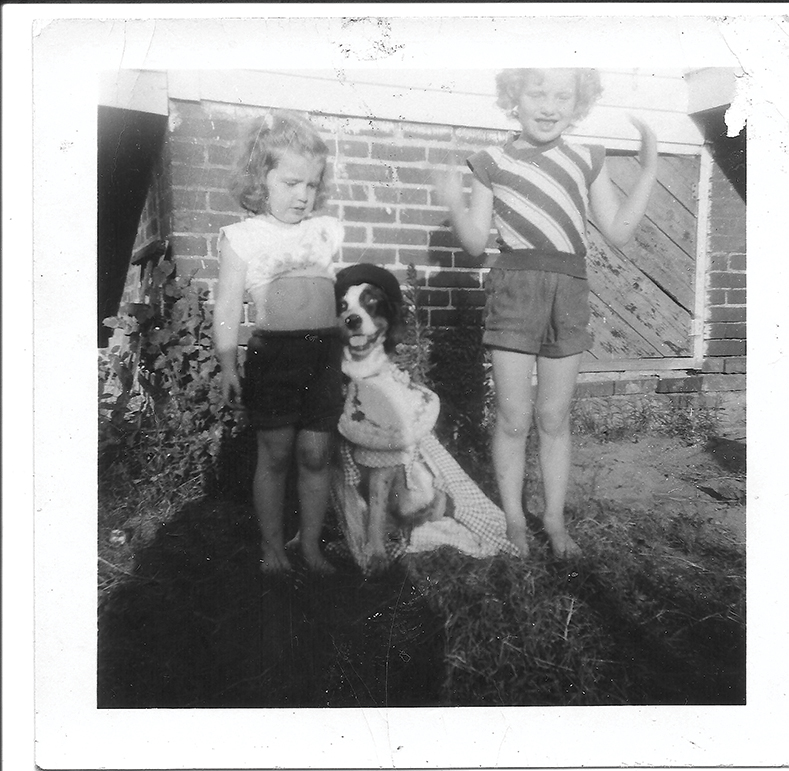 A charming, southern story from Tales from the South.

I’m not sure how it happened that the four of us ended up in a johnboat on a sticky, hot August day, but I suspected it began with a plan of Daddy’s to spend the day in peace and solitude and to get his limit of bass and bream, to boot. An announcement, “I’m goin’ fishin,” was met with “Not without us you aren’t,” from Mama, and “Please, please can we go?” from us two girls. And it probably sounded simple enough to Daddy: take Mama and the girls and at least come home with a few more bream. So we packed the car with the cane poles, Daddy’s tackle box, rod and reel, worm bucket, cricket cage, thermos of ice water, and the old metal ice chest packed with pimento cheese sandwiches and Barq’s “cold drinks,” as we called them, even though they weren’t cold yet. We stopped at a roadside bait shop and filled the bucket and the cage and bought ice to fill the chest. We rolled down the windows and settled into the thirty-minute road trip, which seemed like it covered a hundred miles.

Daddy rented the boat and motor as we hauled all of the gear out of the car and loaded it into the boat. He took his place by the outboard, and the three of us precariously stepped aboard.

In those pre-sunscreen days, my parents’ solution to preventing our Scots-Irish delicate skin from frying was to cover it. So in the fierce August blaze we sat in a boat with hats, long-sleeved flannel shirts, jeans, socks, and shoes. No, we wouldn’t burn, but we were melting underneath the garb. We could have survived a nor’easter in that gear. And so Daddy fired up the motor, and we were launched into the trip that later would become family lore and a metaphor for how we operated as a family unit.

Lake Conway is a manmade lake, created by flooding acres of trees and brush, which made it a good fishing lake. At the same time, the submerged timber made for perilous boating. Every few yards, the motor would moan and Dad would cuss, rocking the boat to release it from the stump that it was lodged on, and we would scream in terror that we would capsize.

We finally made it to a brushy cove that Dad figured was a good area for us to bream fish while he cast for bass. As soon as he baited the three hooks and made his first cast, one of us, including Mama, would get our hooks tangled in the brush and whine “Daaadddeeee, help!” We would see his trademark scowl develop as he tucked his rod under his arm and leaned in to undo the mess and then reloaded the hook. He cautioned us to quiet our voices so we didn’t frighten away the fish. I have a feeling it was also his intention to get himself some relief. The pattern continued to repeat itself, changing only with whose hook was caught on the brush, or who had their bait nibbled off by a small bream that knew better than to gulp down the whole meal at once.

One bass taunted Dad by taking the bait connected to the loosely held rod and taking off with it. He paddled after it furiously, leaning as far as he could without going in headfirst to grab it; he said less and less as the outing dragged on under the relentless blazing sun. In spite of us, Daddy managed to pull in some nice bass, which he threaded on the stringer and hung in the water by his side of the boat to keep them alive. We even caught some good “keeper” bream, but that meant he had to stop to take them off the hook and reload the bait every time. Every now and then I would see him bring the stringer up, softening his scowl ever so slightly, as if to say, “At least, at the end of this ordeal, I will have some good fish to fry.”

A few minutes of peace for Daddy would go by before the combination of boredom, Barq’s cold drinks, and the sound of water lapping against the side of the boat had at least one of us whining, “I gotta go bathroom — now.” So we all were ordered out onto the snaky bank to do our business, fast. We complied with the “fast” order in fear that he would leave us all there to become food for vermin lurking in the woods. But then, in another half hour, someone had to go again.
At last, Dad said, “Pull us out some of those sandwiches, Shorty. Let’s have a little bite of lunch.”

I reached in the old metal ice chest and found our four limp, soggy sandwiches floating outside of the built-in food tray like white slabs of driftwood. The wax paper wrappers and the tray had been no match for Daddy’s jostling stump-release technique. My parents, having been raised during the depression, believed in no-frills food, so “we’re having pimento cheese” meant just that and only that. I envied my friends who had fancy school lunches packed with multiple courses — sandwiches, chips, pickles and cupcakes wrapped in real sandwich wrap instead of used bread sacks. Daddy was the original Recycle Man before it was cool, way before. So on this day, too, there were no frills and no other food except for the can of “vi-eenies” Daddy found in his tackle box. He ran his rusty can opener around the edges, poured the juice and the indeterminable white gunk off the top and offered the can to us. We knew better than to refuse them, so each of us grabbed a sausage and made it last so we wouldn’t be offered another.

The adventure continued, with more tangling, whining, peeing and cussing. Daddy was not one to pull out of a situation when the going got rough. As the relentless noon sun bore down on us, I began to feel very fuzzy and nauseous, and I noticed Sister was staring with dull eyes at her cork with no reaction to its bobbing.

The heat was taking its toll on us, and we must have been teetering on the edge of heat exhaustion, a condition that was foreign to my parents. I felt myself fading away from the lake, away from the boat, and away from my family, when a wave of Barq’s Strawberry cold drink came up from my stomach into my mouth and into the boat.

How brilliant! Had I been able to do that voluntarily, ending this nightmare on the lake earlier, I would have. With that act, Dad thrust his handkerchief at Sister, who was sharing the seat with me, said, “Clean her up, Mo.”

Mama, who was in the front seat, jumped up with intentions of coming to my aid, but promptly slipped and sat down in the bottom of the boat, which by now was a reservoir holding a slurry of muddy lake water and regurgitated Barq’s Strawberry cold drink. The lake water echoed her yelling, “Bud! Bud!”
As if it were one motion, Daddy whipped in his line, tossed the rod in the boat, jerked the outboard on, and pulled up the one prize he was awarded for getting through this day, the stringer, and found himself clutching a bouquet of bass and bream heads and skeletons—the remains of the feast we had provided for the turtles of Lake Conway. He threw it in the boat, muttering, “Ain’t that a bird dog.” And with that, we cut through the murky water, banging against stumps, brush, floating logs and other boats. Sister and I jumped onto the bank and, without being told, unloaded the boat and packed the car. We took off for home in total silence at last for Dad. Peace always comes with a price.

That was our one and only fishing excursion as a family. From that day forward, Daddy invited only one of us at a time to fish or hunt with him … and that was just fine. 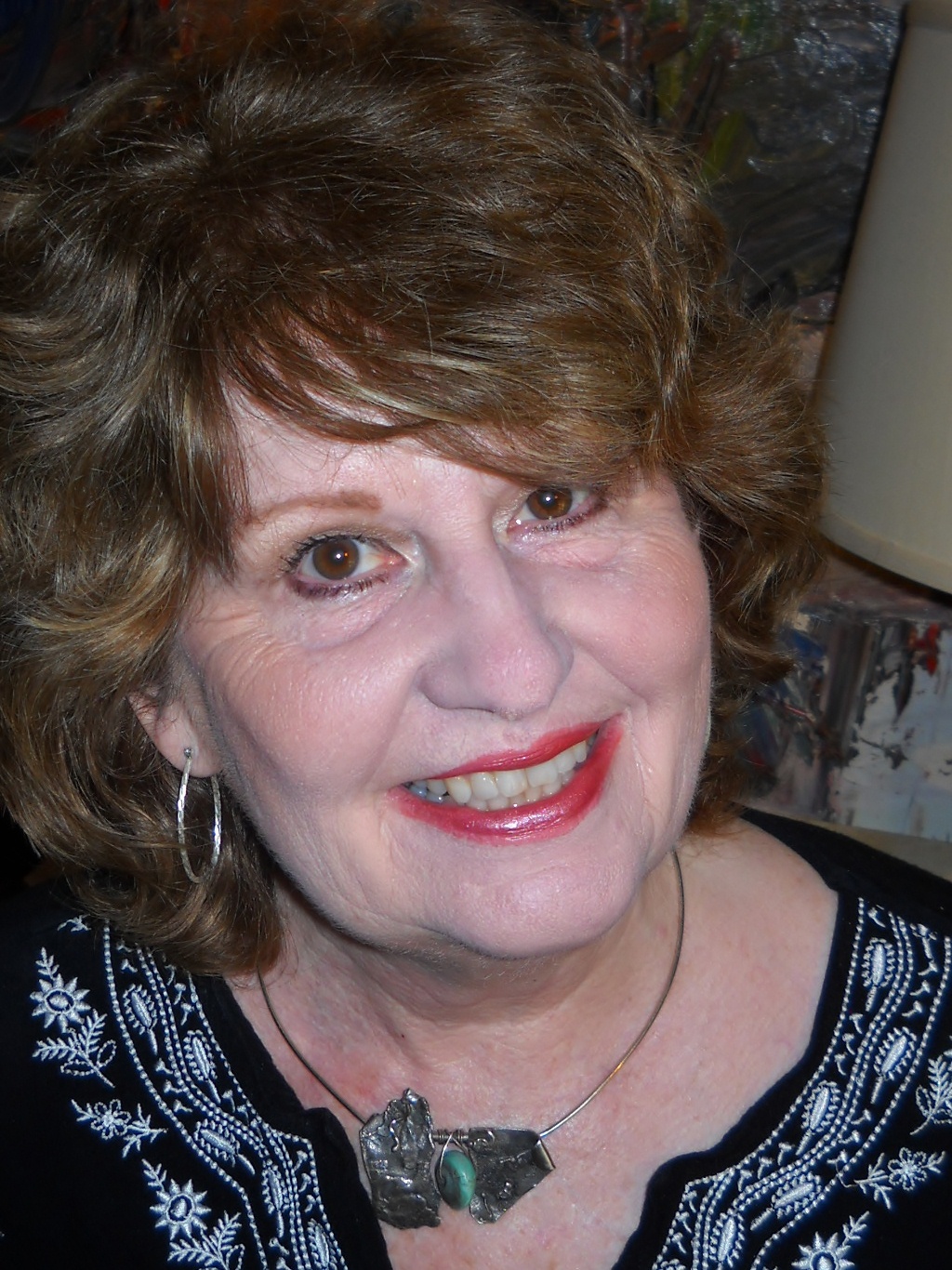 By Sandra Spotts-Hamilton
NPR Tales from the South