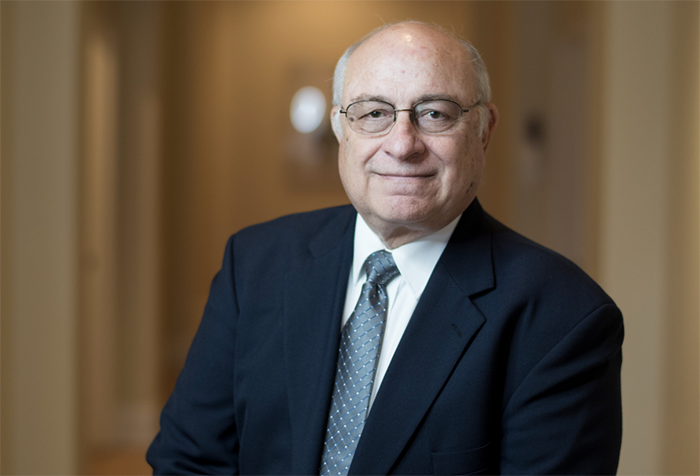 Gary Horton says he stumbled upon his career, but once he got into it knew he had found his calling. As a college student looking for a job to make ends meet, Horton took a job in an orthotics shop. Once he learned about how his work was making a difference in people’s lives, he was driven to work hard and start his own orthotics company.
He opened Horton’s Orthotic Lab, with just four employees, in Little Rock on August 1, 1981, with a goal of providing a lifetime of quality service and support to patients and helping them to grow and develop every step of the way. The company expanded into creating prosthetics and became a full-service orthotic and prosthetic facility, helping patients with orthotic, prosthetic, pedorthic, pediatric, mastectomy and lymphedema needs. Since then, the team at Horton’s Orthotics & Prosthetics has made a name for themselves far beyond the borders of the Natural State; in fact, they’ve worked with NASA, advocated at the White House, and been recognized for outstanding contributions to orthotic science and practice by the American Academy of Orthotists and Prosthetists.
“We work primarily with orthopedic surgeons, rehab doctors and neurosurgeons,” Horton says. “They refer to us when a patient has needs that they can’t fix surgically or with medication. We’re doing what they are unable to do.
“When you have a child or an adult who is unable to walk and get them in a device where they can stand and walk or a prosthesis for an amputee who has lost a limb, it’s very, very satisfying.”
In 1995, Horton began what he calls “one of the highlights” of his career, when he and a team of specialists started working with scientists at NASA’s Marshall Space Flight Center in Huntsville, Ala., to develop a new stance control orthosis. The stance-control orthotic knee joint (SCOKJ), which allowed leg braces to lock when weight was placed on the lower leg and bend when weight was lifted, creating a more natural walking stride. 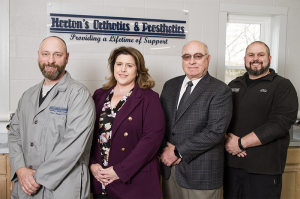 Horton Technology opened in 2001 to globally sell and distribute products developed by Horton’s Orthotic Lab. In 2003, he received a patent for the Horton click, a foot rotation device to treat children going through the Ponseti protocal for clubfoot.
In 2009, Horton was awarded the first Tamarack Prize for Outstanding Contributions to Orthotic Science and Practice by the American Academy of Orthotists and Prosthetists. This prize was created by the Orthotic and Prosthetic Education and Research Foundation (OPERF) to recognize an individual who has made a significant contribution to the practice and understanding of orthotics science through clinical care, scientific research, and peer-reviewed publications. In June 2017, his daughter, Tonya, spoke at the White House about healthcare, Medicare, and how to more fairly represent disabled patients.
Horton’s Orthotics & Prosthetics will celebrate 38 years in business in 2019. The company has 37 employees and six facilities in Little Rock, North Little Rock, Bryant, Fort Smith, Searcy and Conway.
In addition to directly providing medical care to its patients, Horton’s is big on giving back to the community. The company is passionate about promoting activities for children with disabilities through events such as the Therapeutic Arts Festival, and has also sponsored several charitable activities through organizations such as the MS Society and ABLE (Amputees Beyond Life’s Expectations). Another mission for the Horton Family is advocating for all-inclusive parks around our community so that children of all abilities can grow and play together.
“I’ve always been an advocate for people with disabilities,” Horton says. “I see a lot of kids and adults who aren’t able to engage in a lot of things in society, especially fun things. I want to try to get it to where it more inclusive. That’s my passion.”