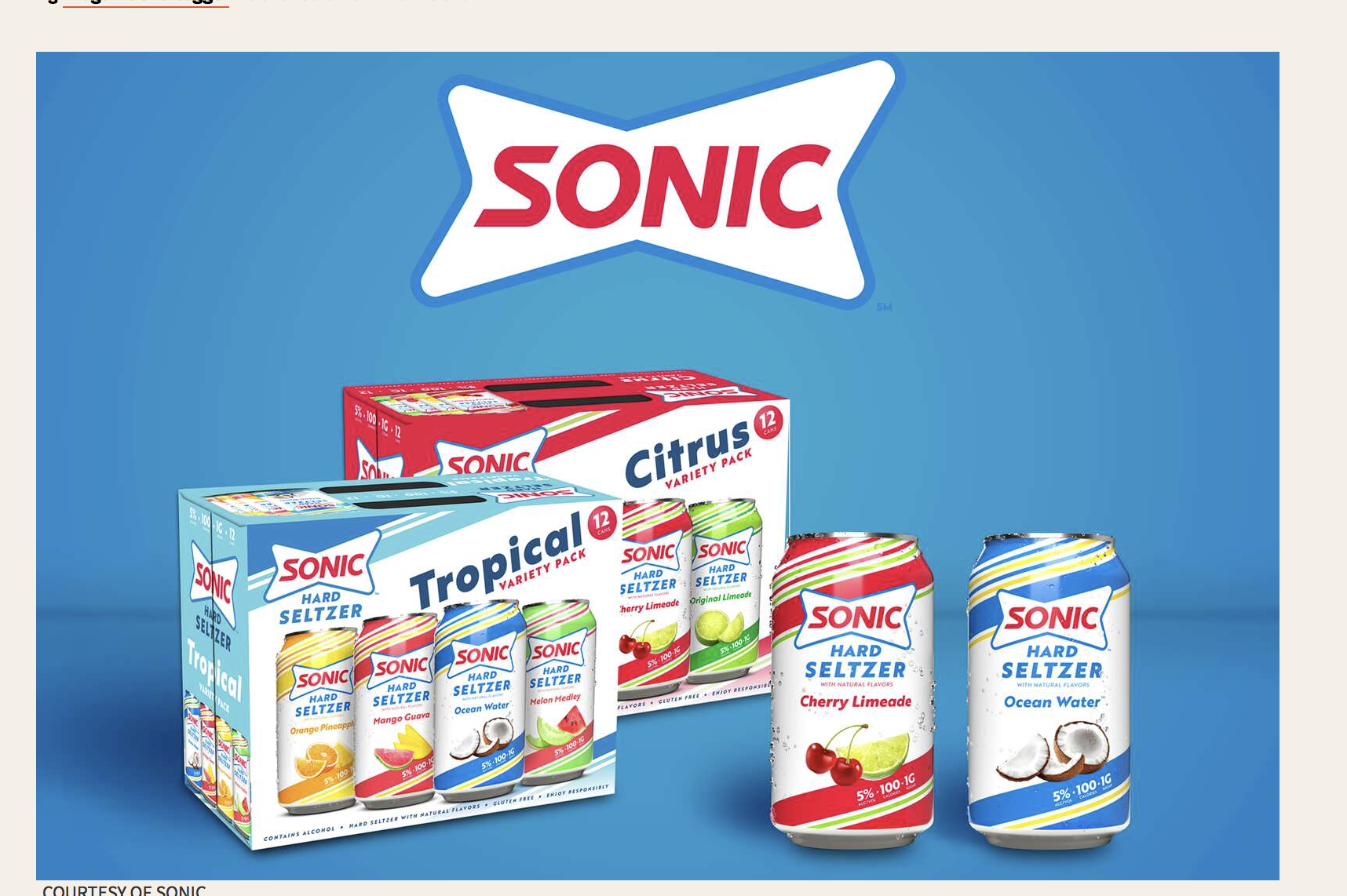 Sonic Drive-In is bringing its first alcoholic beverages to Arkansas this summer.

The drive-in chain will be launching its first hard seltzers in Arkansas starting in August. Sonic will also be bringing the hard seltzers to Kansas, Missouri, Nebraska and Texas in August with the initial launch coming in Oklahoma on May 18.

Sonic has partnered with COOP Ale Works, a Oklahoma City-based craft brewery, to produce the seltzers. According to Forbes, the seltzers will have a five-percent alcohol volume.

These alcoholic beverages will not be available for purchase at Sonic Drive-In restaurants. Instead, they will be available at select retailers. According to a KNWA report, the seltzers can be purchased at Costco, Walmart, Target, Walmart, Whole Foods and other retailers in Oklahoma.

The purchase locations in Arkansas have not been announced yet.