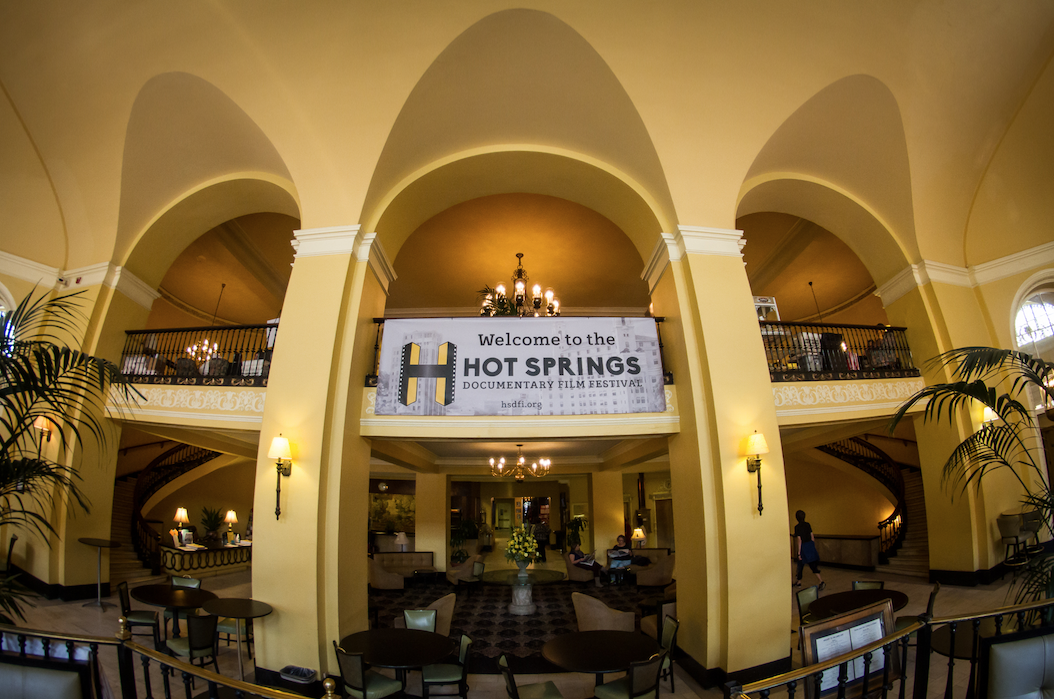 The Hot Springs Documentary Film Festival is continuing its streak as the longest-running nonfiction film festival in North America.

As it prepares for its 26th year, it welcomes a new interim executive director: Jennifer Gerber.

“She [Pledger] paved such an incredible foundation. I was able to walk into this festival that’s fully built and already has so much momentum, especially coming after our 25th year,” Gerber says. 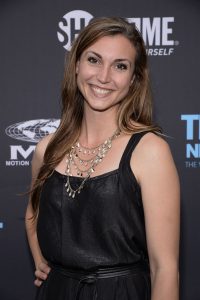 “When I’m looking at moving forward, I’m looking at ways that our programming can reflect changes in the media that is being created in the film world right now.”

She says the festival has never done that before and it’s a new element to the festival scene in general. “My hope is by next year it will be a much bigger part of the festival.”

Gerber says she thinks the festival is important for the community because it puts Hot Springs on the map. The festival is significant both inside and outside of Arkansas.

“We’re very well-known in the documentary community. In addition, we are Academy Award-accredited, which is very hard to get,” she says.

Gerber says the festival is accredited in the documentary short subject category.

“This means whichever short wins best documentary in Hot Springs, that film is eligible to be nominated for an Oscar,” she says.

The interim executive director says Hot Springs is an ideal location to have the festival because it already has such a vibrant arts community.

“I think this is built on top of what’s already flourishing in our city, but I think guests and artists that we have traveling to Hot Springs look forward to coming here because they are looking at a resort town,” she says. “I think [filmmakers] know that when they come to our festival, not only are they coming to a world-class festival but they are coming to a city that is sort of ripe with stories and ripe with a community. It’s like nothing they have ever seen before.” 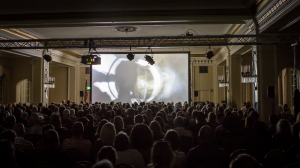 Gerber says as the festival gets closer, the full-time staff will consist of about 10 to 12 people.

Rachael Asherman volunteered with the festival’s media team while studying digital filmmaking at the University of Central Arkansas. She says her involvement in the festival has allowed her to make connections in the film industry.

Asherman says media team volunteers are provided with room and board during their time at the festival. “It looks great on a resume and helps you get more comfortable with using a camera, recording sound and learning how to interview people,” Asherman says.

“In between the interviews, I was able to watch some of the documentaries for free,” she says.

In the future, Asherman hopes to be in the filmmakers’ shoes.

“I saw some heartwarming or inspiring documentaries. I was able to interview [the filmmakers] and learn their processes,” she says. “I became more comfortable with talking to filmmakers and dealing with the camera. I volunteered for three years and loved helping each time.” 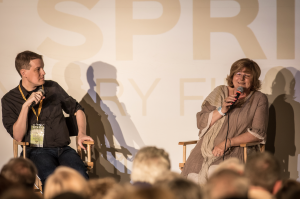 Gerber says that 1,179 documentaries were submitted to the festival this year, but only about 100 were chosen.

“We must narrow our final selection to roughly 100 films including both shorts and features,” she says. “Our timeline is 100 films in 10 days. We’ll have about 50 features, give or take, and then 40 to 50 shorts.”

Gerber says the festival has a screening committee, which is made up of about 40 volunteers.

“They watch our submissions and rate them and write notes,” she says. “They are constantly updating spreadsheets and sharing notes about the films they are watching. Our goal is that every film is watched at least three times, which is a lot for over 1,000 movies.”

She says the festival team is starting to examine which films would make sense with certain themes.

“The rest tend to be what we see as natural films that emerge from the content of what we’re seeing, which actually changes year after year,” she says.

There are nine parties during the 10-day festival.

“I think it’s a really amazing opportunity because you get to spend your day watching films, and spend your night speaking to the community and filmmakers about the films,” she says. “They’re all kind of in this common space to discuss their experience of movie watching from that day.”

The opening and closing nights usually have 400 to 500 people in attendance, according to Gerber. 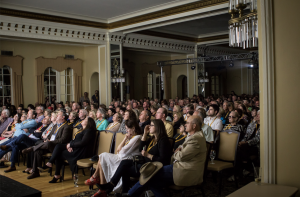 She says the festival also has different panels, which are still being finalized.

“We have quite a few industry guests that are attending this year,” she says. “These panels are going to range from a distribution panel to hopefully a VR panel. There’s a range of things we are still brainstorming.”

“He’s a legendary filmmaker,” she says. “We’re going to screen one of his films and he’s going to teach a master class on some of his directing techniques.”

As an educator, Gerber feels that it’s extremely important to help foster the next generation of filmmakers.

“I think it’s vital for our young filmmakers to have access to a network outside of here,” she says.

“Personally, what I think is valuable for our festival and for our community is it brings this outside force of artists, filmmakers and storytellers to our community. They get to see our special town and go back home and talk about it. We also get within our hometown to have these interactions with famous filmmakers, actors and storytellers. It creates a bridge because sometimes Arkansas can feel really far away from New York or L.A. This event brings us all of those forces together.”

The festival will take place Oct. 6 through Oct. 15. Film screenings will be held at the Arlington Hotel in Hot Springs, and related events and parties will take place downtown.

All-Access Passes cost $300 each, while Film Buff Passes are $175 each. Students can save a little money with $50 passes. Day Passes are $25 each and general admission is $10. 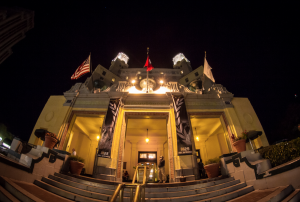