The road to Hotel Hale’s rebirth has been quite the journey for Ellen and Pat McCabe. Nearly a decade ago, the pair took responsibility for the old bathhouse on the eponymously named “Row” in downtown Hot Springs, which had been vacant and defunct since 1978. In just a few years, the McCabes — in coordination with the state and the National Park Service — have transformed it into one of the most coveted gems in all of Hot Springs.

“It was in September of 2013 that I came home from work one day and told Ellen that if she wanted to get into business downtown, we would need to begin to look at what the opportunities were for leasing storefront space,” Pat recalls. After touring a few bathhouses with some architectural friends of theirs, Hale stood out from the rest. “It was basically a blank slate. We could pretty much do with it what we wanted.” 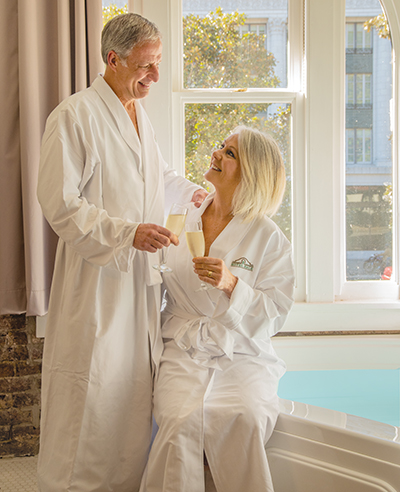 The McCabes procured the financing for the undertaking in summer 2018 and haven’t looked back since. But just as challenging as it was to secure those monies — having to coordinate everything through both the Arkansas Historic Preservation Program as well as the National Park Service — so too was it to put the capital to use in the right way. As Ellen recalls, it was a balancing act of refurbishment to make the location a luxurious place to be without losing the soul of what it was before. The property is the oldest remaining on Bathhouse Row, after all, dating back to 1892. So they built out what they wanted, replaced what was needed, but also kept what they could. A few estate sales to get furniture and some help from a designer friend later, the results paid off.

“I didn’t want it to look like a museum,” Ellen explains. “I wanted it to have a blend of modern and mid-century.” 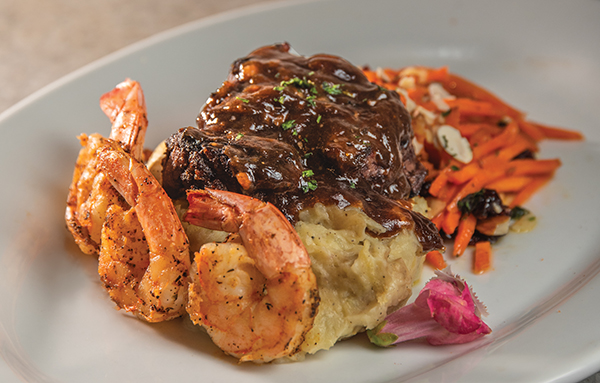 In May 2019, Hotel Hale opened to the public. Save for the time spent closed during the early months of the COVID-19 pandemic, it’s been quite the hit with both locals and out-of-towners alike.

And for good reason. Its tally of nine rooms makes it a quaint and quiet place to board in a world with so many high rises filled with hundreds of carbon-copy hotel rooms. But the Hale’s accommodations are unique — not only from the competition but also from each other. All nine rooms are fitted with different furnishings and unique flare, so no two (or nine) stays are the same. And it’s the only location on the Row where the “bathhouse” part of the experience is available from the comfort of your hotel room; each room’s bathtub boasts the steamy thermal waters that have made Hot Springs a hub for hundreds of years. 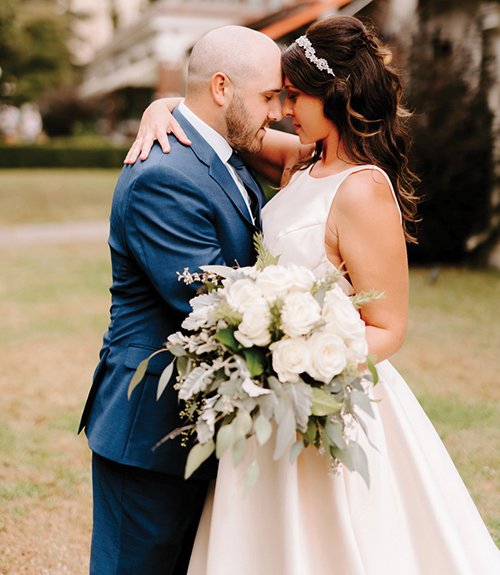 Then there’s, of course, the on-site restaurant, Eden, which serves up some of the most delicious food and refreshing cocktails in the whole city.

“To be able to preserve and bring back a structure to full use is really rewarding,” Pat says. “It breathes new life into downtown. It’s just one of many, many reasons to visit downtown Hot Springs. We look forward to continuing our part in making this a destination spot for tourists, whether they come for an overnight stay or just come for dining.”

SPONSORED: Bledsoe for Arkansas — Physician, Not Politician
May 14, 2022

SPONSORED: Will Jones for Prosecuting Attorney
May 8, 2022