How Do You Roll? Rock N Roll Sushi Mixes Flavor and Flair in Little Rock 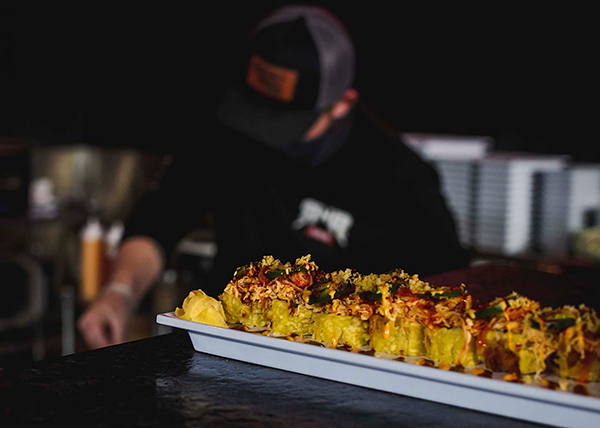 Rock N Roll Sushi is one of Little Rock’s latest hotspots for good food and good vibes. With two locations in the capital city now, it’s staked quite a claim on the local scene with its hip, happening and, dare we say it, slightly anomalous nature. In a world with so many eating options and amid the growing popularity of Asian food — in all forms — it helps to stand out. And “stand out” might not even do things justice for the folks at Rock N Roll Sushi.

“We take pride in our unconventional style of sushi and hibachi, and when that blends with the rock ‘n’ roll theme and nostalgia, it makes for a really special night out,” says Chris Kramolis, CEO. “Seeing moms and dads point up to the Guns N’ Roses video playing, and explaining how they saw them in concert when they were young, is so fun to watch.”

The jukebox joint doesn’t stop with just the music and decor. The menu keeps up the theme with “Opening Acts” instead of appetizers, as well as other headers like “Classics,” “Green Room,” “Headliners,” and “Raw Tracks.” Oh, and the kids’ menu is called “Kids Rock,” and the dessert menu is simply labeled “After Party.”

“Rock N Roll makes sushi approachable to people that have been either scared to try it or didn’t feel comfortable ordering something they didn’t understand,” Kramolis says. “I can’t tell you how many people I’ve talked to that have told me Rock N Roll Sushi is the first time they have ever tried sushi.”

While the brand itself is a national name, the people behind Arkansas’ are all locals. Kramolis hails from Heber Springs but called Little Rock home for years. Partners Chris and Jason Alley have spent their whole lives in Little Rock.

“In 2019, I was introduced to Rock N Roll Sushi by a friend, and visited the location in Birmingham, Alabama,” Kramolis says. “They were doing great. I knew then we needed to bring this concept to Little Rock since there are many similarities in the two cities.” 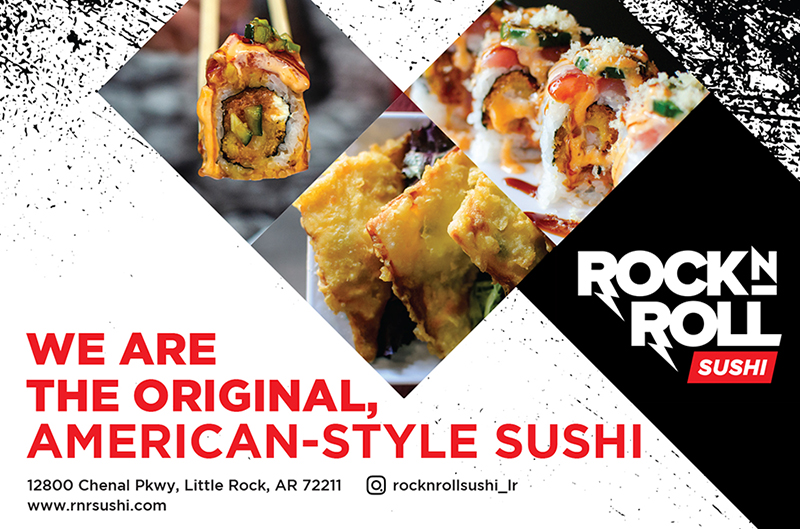