Local artist Robert Bean has been curating shows at Arkansas Capital Corporation Group for a little over three years now.

His goal? To bridge the gap between the business community and art community, each of which he sees as alive and vibrant in Central Arkansas.

This Friday marks a milestone to Bean’s repertoire of exhibits at the corporation – the introduction of a juried show. Coinciding with downtown Little Rock’s Second Friday Art Night, “All I Can See” is the work of two guest curators – Joli Livaudais and Margo Duvall – and focuses on photographic works.

The two, assistant professors of photography at UALR and Henderson State, respectively, put out a call to Arkansas artists and students working in an alt-process. They narrowed down the final selection to 16 artists who were really pushing the limits, visually.

Bean says, “I invited Joli and Margo in to guest curate this show, because I have an artist I’m bringing in for the fall that requires me to do a little more work than usual. They decided on the juried show format, and it has worked out well.”

The two wanted to focus on historic photographic processes – in part to highlight our changing relationship to photography in today’s digital world.

Duvall says, “Using these historic, sometimes unpredictable, processes tends to make the image-maker slow down. They think about composition, light, and design in more deliberate ways. They hand craft their images, spending time in a darkroom to really see their work come alive. When we slow down, we begin to really look at the things around us in a different light. We get to know it. We have a different relationship to it. What comes out is often one-of-a-kind piece that shows this relationship in it. The story they want to tell becomes even more important.”

“All I Can See” presents a myriad of techniques including Gum-Bichromate, Cyanotype, pinhole, collage, photo transfers, and more. Duvall adds, “The variety of process and subject matter make an interesting mix of images in the space. I think visitors will find this work refreshing and intriguing.”

Livaudais sees this exhibit as a way to continue to propel the artist community in Central Arkansas forward. She says, “The monthly art nights in Little Rock and North Little Rock are a fantastic way to strengthen the artistic community, encourage appreciation for the arts, and increase foot traffic and business in the downtown areas.”

She sees Little Rock as a stronghold for working artists as she lists the Arkansas Arts Center, UALR Art Department, and other regional colleges and universities as providing a strong education base to the community.

She adds, “It’s exciting, and I feel that the increased attention given to the arts makes Little Rock a great place to live. I hope that the momentum increases!”

Recent UALR grad Nathaniel Roe, a photographic artist with an aesthetic mirroring the Victorian era, is humbled to be in the show. He says, “I am ecstatic to be a part of such a diverse and talented group of alternative process photographers. I believe alternative processes allow viewers to see the hand of the artists in the work, similar to painting and drawing that digital photography does not afford.” Roe was a painter before moving into alternative-process photography and prefers to work in dry-plate tintype, which is similar to the traditional wet-plate collodion process that was popular during the American Civil War. He continues, “My piece, “Sunday Afternoon,” is from my MA thesis, which deals with aspects of social identity and ostracization. The image is based on George Seurat’s “A Sunday Afternoon on the Island of La Grande Jatte.” It is a salute to the impressionist and later painters whose work I have long admired. In using props similar to those of the female figures in George Seurat’s painting, I explore ideas of masculinity versus femininity.” 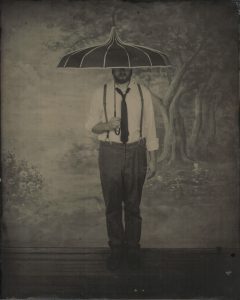 (All photos courtesy of the exhibition and artists)

Springdale-based artist and educator Dan Snow is also ecstatic to be in the show. He says, “It is a great opportunity to be a part of the show. The pieces that are featured is the beginning of a brand-new body of work called “Beauty.” “All I Can See” is their first exhibition. I love photography and the possibilities the medium can deliver.” 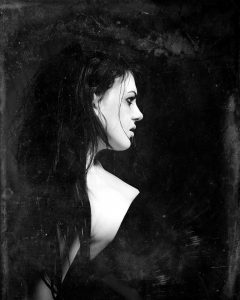 Local artist Beverly Buys feels that this is a great experience to be a part of. She says, “I will have four pieces represented in the show. … Having [the curators], both university professors of photography, look at my work and offer this kind of feedback pretty much never happens. For photographers like me that work with film and an alternative photographic process, it sometimes feels that people, because they are so used to seeing digital images and looking at photographs on screens, no longer really understand the nuance of handmade photographs. I can’t wait to see the work of the other artists represented in the exhibit. My photographs are made using the cyanotype technique and they are all from a series of work “The Delta in Blue” which I have been working on for a few years now.” 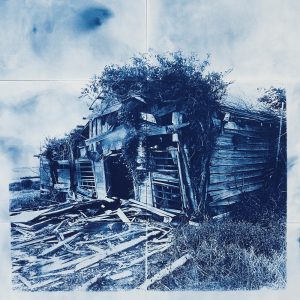