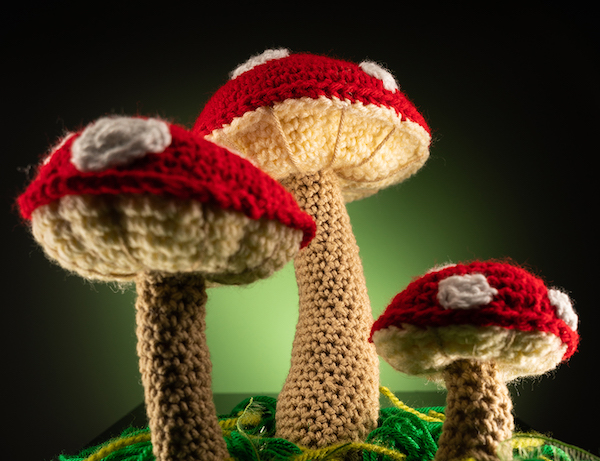 Arts One Presents has announced an exciting new installation for Walter Turnbow Park at Shiloh Square in downtown Springdale — Humongous Fungus: A Colossal Crochet Creation. The “interactive magical crochet garden,” by local artist Gina Gallina, will be on display from April 15 through fall 2022.

According to Arts One, Humongous Fungus is made from more than 1,300 crochet squares, which Gallina made with one hook. The installation weighs around 350 pounds and took more than 1,100 hours to complete. It was modeled after Amanita Muscaria, one of the “most iconic” toadstool mushroom species, and was fabricated by local artist Eugene Sargent.

Gallina says the idea for Humongous Fungus came from the enormous Redwood trees in California.

“While traveling in 2006, I was able to visit the Giant Redwood Forest in California,” Gallina says. “I remember how tiny I felt in comparison to my surroundings, and the idea of driving a car through the trunk of a Redwood tree was surreal, like I was in a magic garden. While developing the idea of this piece, I recalled the feeling of being small and wanted to recreate that experience for others.

“When people walk through Humongous Fungus, I want them to pause in that moment and have a fun experience that reminds them of endless possibilities.” 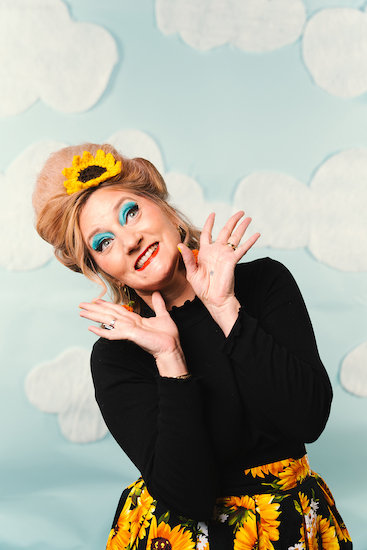 Gallina learned to crochet from her Italian grandmother when she was 8 years old.

“Gina’s work is fun, playful and invites interaction and a sense of wonder,” says Anne Jackson, executive director of Arts One Presents. “We are excited to see how the community engages with this work and how memorable experiences are created through art in downtown Springdale.”

Humongous Fungus is free to the public, and all visitors are encouraged to engage and interact with the installation.