Publisher’s Letter: We All Scream for Ice Cream 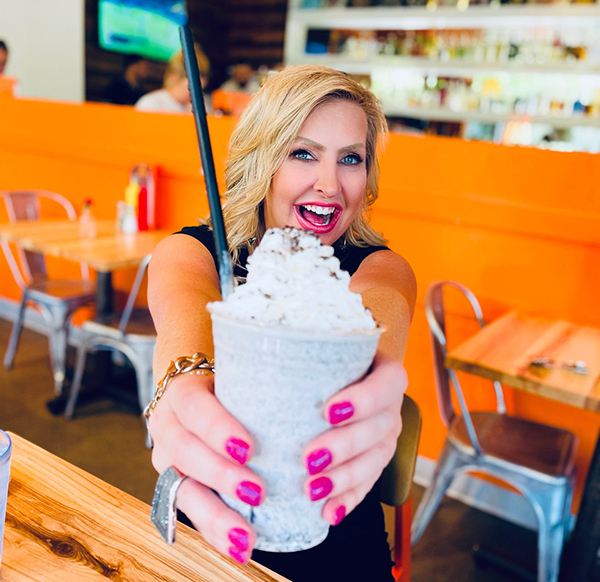 When it’s hot outside, I don’t know a better remedy to beat the heat than a nice, barely beginning to melt bowl (or cone) of ice cream. Blend in some cookies, top it with some candy, or just serve it to me straight — you won’t find a complaint from me, as long as it’s cold, smooth and sweet. If you’re like me — and I think most of you are — then we have whipped up the perfect book for you.

The first scoop is this month’s iteration of the AY’s Arkansas Bucket List. It started off as just ice cream, and then we got a little too excited, and turned it into a list of some of our favorite places for ice cream, cakes and shakes. We also went with extra toppings of recipes this month, each fitting the sweet-toothed theme. Nic Williams and Kaitlin Barger concocted a mouthwatering lineup of Nutella Icebox Pie and Strawberry Crepes Flambé. And Sandy Bradley (the Greatest Baker herself) has shared recipes for Chocolate-Covered Strawberry Ice Cream and a classic Old-Fashioned Chocolate Cake. We’ve all been good. We can indulge every now and then, right?

This month also includes the latest class of our annual Men of Distinction. It’s a vocationally diverse group of interesting and influential Arkansas men, from financial gurus to home builders, lawyers to truckers — and everything in between.

If you haven’t noticed by now, we really love the state of Arkansas here at AY. I mean, really love it. That’s why we’ve got another annual special we’re proud to feature in this issue: Retiring in Arkansas. You’ll hear from Stacy Hurst, Secretary of Parks, Tourism and Heritage, and Joe David Rice, our travel aficionado and former tourism director, and get the lowdown on saving for retirement. Beyond that, there’s plenty of sprinkles as to why our state is among the best for retirees, and some ideas for you and yours when you’re ready to do so.

And it wouldn’t be an issue of AY without a few twists and turns here and there. Like, I bet you didn’t think you’d be reading about The Nanny in an issue of our magazine. Well, this month, you will. Daniel Davis, who famously played Niles the Butler in the popular ’90s TV show, is from Arkansas. Our staff writer, Emily Beirne, caught up with him to share his incredible story. Our editor, Dustin Jayroe, tracked down Arkansas’ “Thrift King” (that’s what we’re calling him, anyway), Jason Hayes. He quit his job three years ago to pursue a life of reselling, and now he’s TikTok-famous because of it.

This issue also has plenty of models for inspiration. Such as Amanda Sexton, an oncology nurse at UAMS and Arkansas Children’s, who just wrote a children’s book about a little girl battling cancer, baldness and acceptance. Contributor Dwain Hebda also wrote about Conway’s Raven Henry, a mother whose son became autistic after his bout in a coma. Since then, she’s made it her mission to share her story, raise awareness and, most importantly, give her son the life he deserves.

That’s it from me and us this time. Thank you for reading; I hope you enjoy.