‘If Strings Could Talk’: Anna Brinker Continues to Grind

‘If Strings Could Talk’: Anna Brinker Continues to Grind 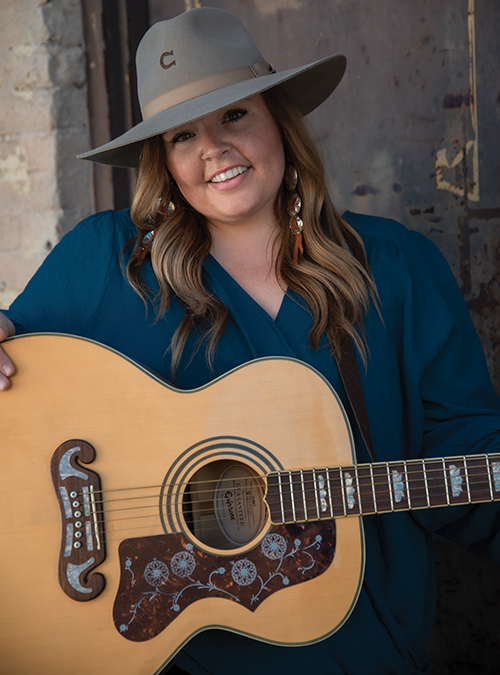 Brinker has had a lifetime of experiences in her three decades, moving frequently with her truck-driving father and her mother from Illinois to Wyoming, Mississippi, Oklahoma, Missouri, New Mexico and Arkansas.

The brief stops along her life’s ways and the myriad of encounters she’s had over the years all lend to her heartfelt songs.

She’s now settled, living with her husband, Cruise, in Ulm, a small Prairie County town of some 200 near Stuttgart, but the influences of her parents and her traveling continue through her music.

Brinker’s father, Bill Scranton, taught her to play on an Abilene guitar in 2007; she first learned to cover Jeanne Pruett’s “Satin Sheets.” Scranton would play coffee shops, singing songs he wrote in a lined, spiral notebook while strumming on his guitar. He kept the notebook with him constantly, scrawling a line or two whenever the muse hit him. Brinker studied his technique and replicated the writing, keeping a notebook full of ideas and potential lyrics herself.

“He enjoyed the good old songs,” she says. “I feel like my daddy’s style influenced me a lot.”

One of Brinker’s latest projects is Tumbleweed, a single that honors her father, whose nickname is “Tumbleweed.”

She also recently released “The Possum,” a tribute to George Jones, a pioneer of the country music industry who died in 2013, and another major influence of her up-and-coming career. Her video of the song shows Brinker walking through Jones’ museum in Nashville, stopping to look reverently at his displays, and visiting his gravesite at the Woodlawn Memorial Park and  Mausoleum in Nashville.

“When you think of grassroots and homegrown country music, you think of Anna,” says Charles Haymes, the vice president and director of artist relations for the Arkansas Country Music Association. “She loves the traditional country. She’s not into the new pop and contemporary country as much as some are.”

Her album Rain and Whiskey has been nominated for the association’s album of the year. An awards ceremony will be held June 7 at the Reynolds Performance Hall on the campus of the University of Central Arkansas in Conway. 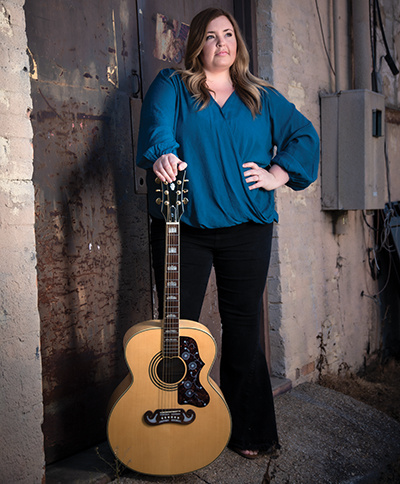 This is the fourth year she’s been nominated for an Arkansas Country Music Award. In both 2018 and 2019, she was up for acoustic act of the year, and last year she and Adam Cunningham won vocal group of the year for their duet, “Thinking About You.”

The awards are given to independent Arkansas artists who haven’t signed with major record labels, Haymes says.

“It’s an honor,” Brinker says of the nomination. “I love the album. It’s humbling. There are a lot of albums in Arkansas that are really good.

“I’m not a flashy singer. I just love getting lost in the music.”

Brinker began singing at an early age. She and her mother, Trudy Scranton, would bounce around the back roads of wherever they lived in their Subaru BRAT pickup and sing to John Denver’s “Take Me Home, Country Roads” on her mother’s eight-track player.

She sang in her church band and continued traveling with her father to his impromptu shows.

And, like her father, she kept jotting down feelings and emotions, writing down snippets of possible songs that could be worked into melodies.

“It comes from emotions,” she says of her music. “Whatever I’m feeling, eventually, the words come. I’ll work on it for a while. I may get frustrated, thinking, ‘Where could I put this in a song?’”

Writing is not always pleasant for Brinker. “The words can put up a fight,” she says.

Brinker is almost a contrast to the country music genre. While country songs are often about loss and heartache or partying with loads of alcohol and a devil-may-care attitude, Brinker is upbeat and optimistic. She includes smiling faces in her emails and is encouraging.

But her lyrics are reflective of the emotions she feels inside.

In “Pictures on the Wall,” she sings, “In every picture frame, on every single wall, there’s a memory.”

In the title track, “Rain and Whiskey,” Brinker laments, “The bottle’s dry, but my eyes are soaking wet. I can’t forget you walking away. Oh, I tried. I fight like hell, against the dark you know my heart can’t take any more.”

Brinker, who sells home and automobile insurance during the week and performs at weekend venues within a day’s drive from her home, gets up each day and writes songs before heading to work.

Brinker says she was able to repay her father for his influence by taking him to see George Jones perform in Forrest City in 2013. Jones died four months later in Nashville.

“He was my daddy’s hero. It was the first time he ever saw him,” she says. “I still get chills talking about it. Seeing him live and hearing it was such a cool experience.”

Brinker first performed a show in 2013 at the White County Fair Grounds, opening for Jeff Bates. The event was put on by her friend who was a disc jockey at the Searcy VFW, where she had previously sang Karaoke.

“I loved it,” she says. “I was overwhelmed by it. I loved every second of it. When I got off stage, my daddy said, ‘I told you they’d love you.’ It made me want to keep doing it.”

Eight years later, she said she’s found her sound more and has gone from performing 30-minute gigs to playing three- or four-hour shows at times.

“All I do now is work, sleep, take care of our three dogs and write music,” she says.

Her husband has helped book shows for her and is her “top supporter.”

Like all live performers, Brinker did have a setback this past year, though. Her confidence as a performer had grown over the past few years with routine weekly performances. But in 2020, the COVID-19 outbreak occurred, and venues began closing for health reasons. From last March to May, Brinker could play two or three shows a weekend. Then, when the virus was in full swing, she was lucky to find two shows in a month.

“It took a toll,” she says. “It was disheartening.”

The virus continues to alter her shows. Brinker was set to perform at the Arkansas Country Music Awards in Conway this month, but the act was canceled.

Still, she says, she will continue searching for shows and playing wherever she can. On Aug. 7, she’s booked for her first show in Nashville at the venue When Pigue’s Fly.

“That’s what I’ve always dreamed about,” she says of performing in Nashville.

“I hope my audience will greet what I put out with open minds and open arms. The songs are so meaningful to me. I hope they accept them.”

Ballet Arkansas to Unveil ‘Coppélia and the Toymaker’ in February
January 25, 2022