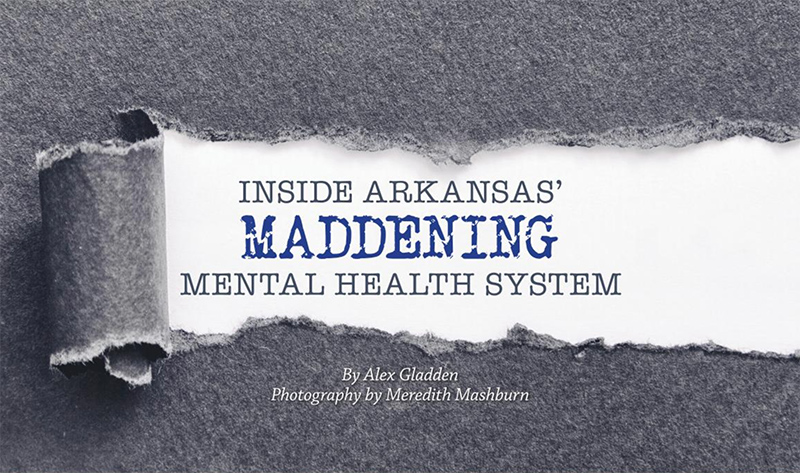 Arkansas, a state with a consistently poor reputation for its handling of mental health issues, is undergoing major changes at almost every level of its mental health care system.

Mental Health America ranks Arkansas the 35th-worst state in terms of its mental health care for 2017, worse than its position of 41st in 2016 and 47th the year before. But today in Arkansas, the odds of a person with a mental illness being in a jail or prison as opposed to being in a hospital are 3.3 to 1, according to the Treatment Advocacy Center. People with mental health problems are likely to be arrested for petty crimes associated with mental illnesses, like loitering or disturbing the peace. But they certainly don’t belong in these places, where they might receive little to no care.
Nancy Kahanak has long advocated that people with mental health problems should go to crisis stabilization units, places that people can go when they are having a mental health emergency.

Kahanak is the founder of Judicial Equality for Mental Illness: JEMI Coalition of Northwest Arkansas, and she and her team had been behind the movement to create crisis stabilization units in Arkansas since before the 2015 state legislative session. Their bill didn’t pass that session.

But on March 29, 2017, the legislature passed Act 423 and pledged to create three crisis stabilization units along with Crisis Intervention Teams in Arkansas, devoting $5 million to the project. In August, Gov. Hutchinson promised an additional $1.4 million to crisis stabilization units in the state, granting all four counties that applied for the money (Washington, Sebastian, Craighead and Pulaski) to have units. The idea is that when people have a mental health emergency, they will have a place to go besides jail. The maximum number of time people can be required to stay at a unit is 72 hours. 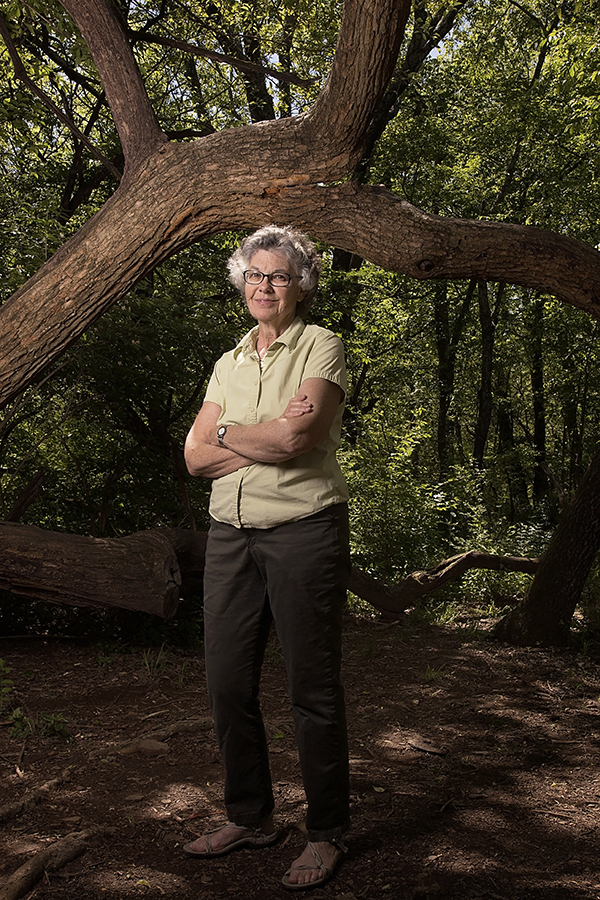 Nancy Kahanak is the founder of Judicial Equality for Mental Illness: JEMI Coalition of Northwest Arkansas.

Although one of these units will be located in Washington County, Benton, Carroll and Madison counties will all have access to it, says Laura Tyler, executive director of Ozark Guidance Center, one of Arkansas’ Community Mental Health Centers.

Under the model that the act describes, there will be Crisis Intervention Teams in place in each of the areas where the units will be stationed. The team may include police officers, mental health professionals, health care providers and jail personnel. People with mental illnesses or people who have relatives or close friends with mental illnesses will serve on the team to advise the group.

Fayetteville Police Department Cpl. Evan Anderson is one of two officers designated to the Crisis Intervention Team. To be on the team, both officers went through 40 hours of training, which Anderson uses every day, he says.

Anderson responds to mental health emergencies three or four times a shift. The Fayetteville mental health resources are overwhelmed by the number of people who need help, he says. He thinks the unit will serve as an additional resource that he can use to help people.

But the unit only has 16 beds, and it’s serving four Arkansas counties. If the beds at the unit are full, officers will have little choice but to resort to the old method of taking people with mental illnesses to jail or to the hospital, filling up the area’s already full mental hospitals and jails.

Since Hutchinson announced that Washington County would be allotted a unit, local officials have been trying to find the space for it. They are trying to decide whether to build a new facility or to renovate a building. Either way, the county will have to find money to do so because the state money does not cover these costs. The county will also eventually have to find a way to cover the unit’s operational costs because the state has only promised to pay for operational costs for one year.

The area has created a committee devoted to the Washington County unit, and Tyler is one of its most involved members. She has been involved with community planning to get the unit up off the ground. The county will need to start getting donations and securing money to keep the unit going, but officials are hesitant to start campaigning because they are still trying to go through the process of deciding where the unit will be. Once they have a plan, they can begin trying to work out the money to pay for it, Tyler says.

This goal, to limit the number of people with mental illnesses in jails and prisons, has become intertwined with mental health care since the 1960s, when President John F. Kennedy first moved to close mental hospitals, as they had become places synonymous with neglect and maltreatment. He planned to replace the hospitals with Community Mental Health Centers (CMHCs) that the states were supposed to help pay for. While some states did front the money and establish the centers, many states refused to pay the extra money. People with mental illnesses had nowhere to go. They were arrested for petty crimes associated with mental illnesses, like loitering or disturbing the peace, and gradually began to fill up state jails and prisons.
During that time, the Arkansas mental health care system has been revamped many times, and by July 1, 2017, the state again officially moved to transition to a new system to expand mental health care programs for Medicaid users.

The new program will be called Outpatient Behavioral Health Services. Although the state is requiring all Medicaid mental health care providers to switch over to the new system by the end of June, meaning that they have to start the process now, the Center for Medicaid and Medicare Services, the federal office of Medicaid, will still have to approve the plan, Tyler says. 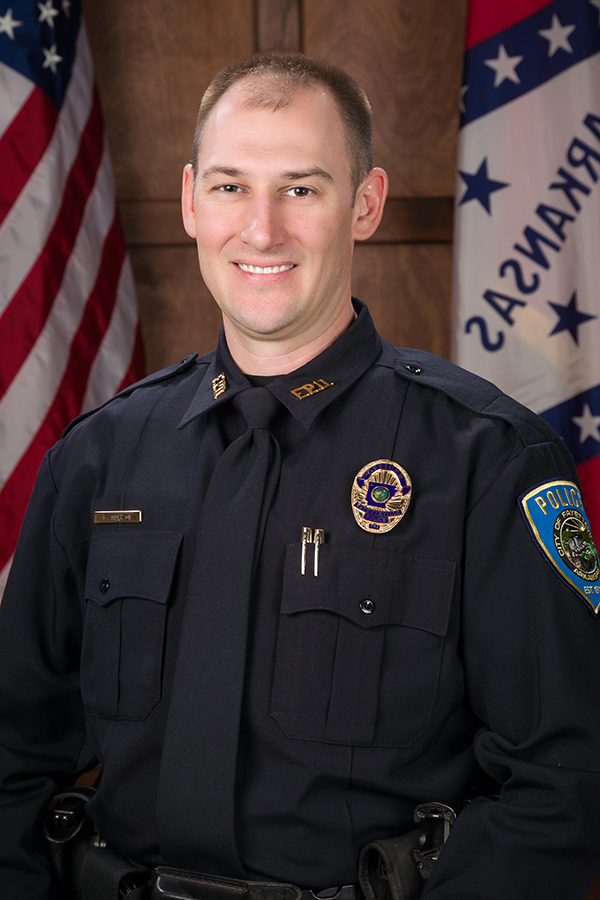 When states alter the way that they pay groups that provide health care for Medicaid recipients, they have to submit a State Plan Amendment, according to the Medicaid Financial Management website.

“The state is now operating on faith,” Tyler says.

Arkansas is transitioning to this program in an effort to reduce the cost of Medicaid on the state. The states and the federal government jointly pay for Medicaid. When Arkansas officials agreed to expand the state’s Medicaid system under the Affordable Care Act, the federal government pledged to pay 95 percent of the expansion costs from 2016 to 2025. The time is running out, so Arkansas is looking to save money as the deal will no longer apply in seven years, according to a report from the Robert Wood Johnson Foundation program.

Mental health workers are worried that the state’s program, which is mostly designed to save money, could prevent people with mental illnesses from receiving sufficient care, Tyler says. The state won’t truly see the effects of the program for another five to 10 years.

The program is designed to allow traditional users to access treatment for mental health and substance abuse at the same time, says Pam Dodson, assistant director of clinical services in the Arkansas Division of Behavioral Health. A system allowing specific people, like adolescents and pregnant women, to seek Medicaid-covered services for both mental health and substance abuse has already been in place. But the new plan opens up coverage to all Medicaid users.
This is aimed at combating dual diagnoses, when people have mental illnesses and substance abuse problems at the same time. About a third of people with mental illnesses have a dual diagnosis, according to the National Alliance on Mental Illness (NAMI).

The Outpatient Behavioral Health Services program also transforms the way the state provides services. It will separate care into three tiers. At the first tier, people will be able to access basic counseling. They will not have to complete an additional assessment to receive care, Dodson says. 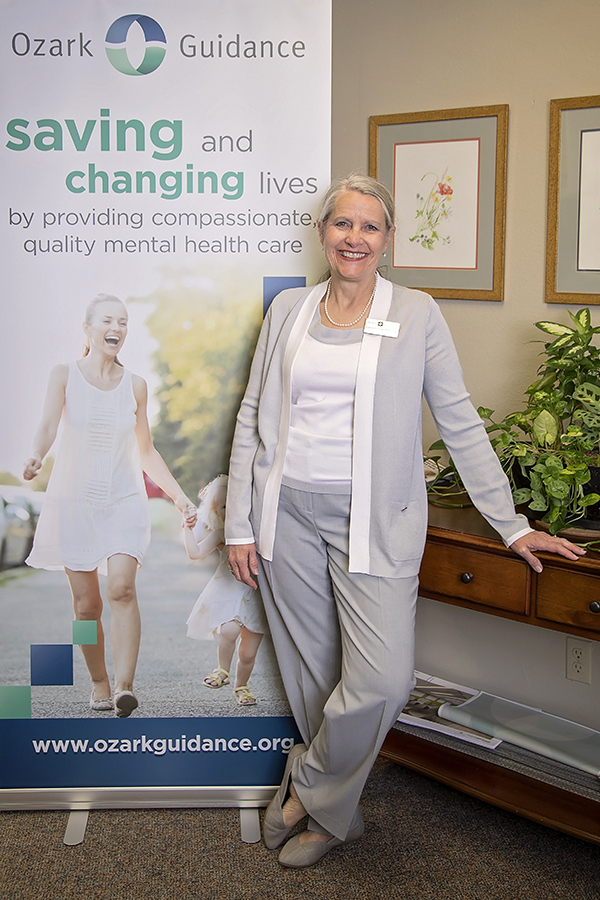 “We’ve made it very easy to just jump right in and get services.”

At tiers two and three, people seeking help will first have to go through an assessment to gauge what kind of care they need.

The second tier is designed to help people with mental illnesses get back into the community. During this level, mental health professionals will work with people to teach life skills. They’ll learn skills like problem-solving, communication and coping skills, according to the Outpatient Health Services Behavioral Manual. Tier 2 also features a partial-hospitalization unit, where patients will spend at least five hours a day.

At the third tier, people will be able to go into a psychiatric residential unit. Adults with mental illnesses will live in these places until they are ready to go back to their communities. The program is designed for when people don’t need the intensity of the Arkansas State Hospital but are not ready to go home.

“The system doesn’t arrive built. You have to build it,” Dodson says.

For tier two and three patients, Medicaid is switching over to a program called Provider-led Arkansas Shared Savings Entity, or PASSE. The state is setting up five of these programs, according to a PASSE informational report.

“It’s a very broad look at how the patient functions,” she adds.

By using the insurance companies, Medicaid is passing responsibility of patients’ bills to the companies who will be responsible for handling the money Medicaid will give them on a monthly per-member basis.

“Theoretically it’s all good, but there’s a lot that has to fall into place for it to work,” Tyler says.

Rep. Douglas House made this move because some of the CMHCs were underperforming, says Lilah Walls, the fiscal analyst for DHS. Because of this transition, the state is preparing to open the bidding process.

But Tyler is concerned that by uprooting this system, the state is doing more harm than good.

“I really worry that if we segment this money out we’ll lose this safety nets,” Tyler says.

Her fear is that by taking money from the traditional CMHCs, the state will destroy the infrastructure they provide for people who are not on Medicaid.

“The community mental health centers are here to take care of all people, and they aren’t supported anymore,” Tyler says.

“The state is just not supporting mental health like it used to when I first started in mental health,” Kahanak says.

And people with mental health problems often don’t have the resources of elected officials, Tyler says. It is these officials – who are able to ignore the mentally ill – who are in control of the amount of money that is designated to mental health care.

Kahanak shakes her head sternly, letting her curly, gray hair bounce around her face, arms crossed in front of her chest. There isn’t enough money or support for mental health care in Arkansas, she says.