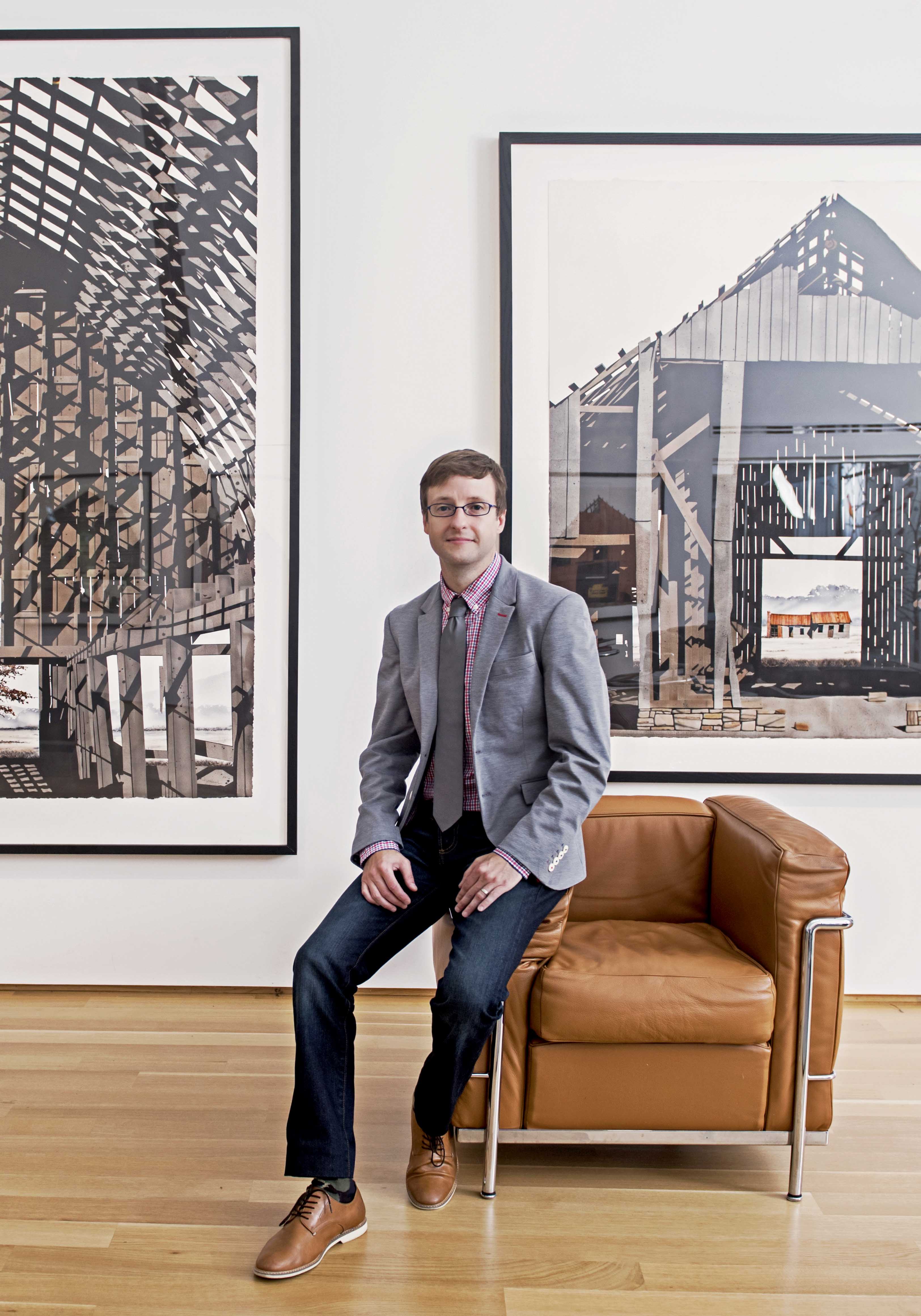 A longtime participant in civic and community affairs, Aaron has served on a number of government and nonprofit boards, including a gubernatorial appointment to a state commission and being elected to three terms (1998-2005) in office representing Fayetteville on the Washington County Quorum Court, the county’s legislative body. He was selected as a volunteer intern to the White House during the Clinton Administration as part of the Arkansas Traveler II White House program, working in the Executive Office of the President and National Economic Council.

Aaron is an avid art collector and can often be found on his mountain bike or kayak, exploring the great Northwest Arkansas outdoors. He also enjoys travel writing and sharing with the world just how great his hometown region of Northwest Arkansas really is!

First job: My first official “W-2 job” at the age of barely 14 was as a sacker/cashier/stock-boy at the local downtown IGA grocery store.

What are you passionate about: A lot. Art collecting (both personally and for others), tropical travel, kayaking and the great outdoors, family (including our two pups Baxter and Gus), writing clever turns of phrase, the importance of close friendships, truth, kindness, compassion and social justice.

Favorite place in the world: Aside from the obvious Northwest Arkansas answer, I’d have to say Virgin Gorda in the British Virgin Islands… in particular the otherworldly, boulder-strewn beach area known as The Baths. Google-image it and thank me later.

What attracted you to your career? The idea that carefully curated words and images can change the world.

Personal motto: “Live it or lose it. And be kind doing it.”

What you love most about what you do? Getting to contribute to regional projects that really matter and that ultimately create lasting and indelible experiences for folks across all walks of life – whether it be a concert or art exhibition, the local culinary and craft brew scenes, the region’s epic trails, or a premier residential lifestyle, our VPC team markets experiences that feed the soul. That, and the ways in which our efforts also help foster and support regional partnerships and collaborations, which in turn create even more opportunities for making NWA one of the best places in America to live, work and play.

What’s left on your bucket list? I’d like to think that my bucket list is ever-evolving, so it’s hard to say “what’s left,” but the top of the list might read something like this: Visit Iceland and Machu Picchu, witness a red-hot lava flow (I don’t care where) and book a flight on Sir Richard Branson’s Virgin Galactic spaceline; publish my in-progress collection of satirical, sardonic and unabashedly sarcastic essays about life growing up in what I lovingly refer to as the “Upper Northwest Mid-South;” and maybe, just maybe, run for Congress… Wait, what?! Not really on that last one. Although the thought has crossed my mind.