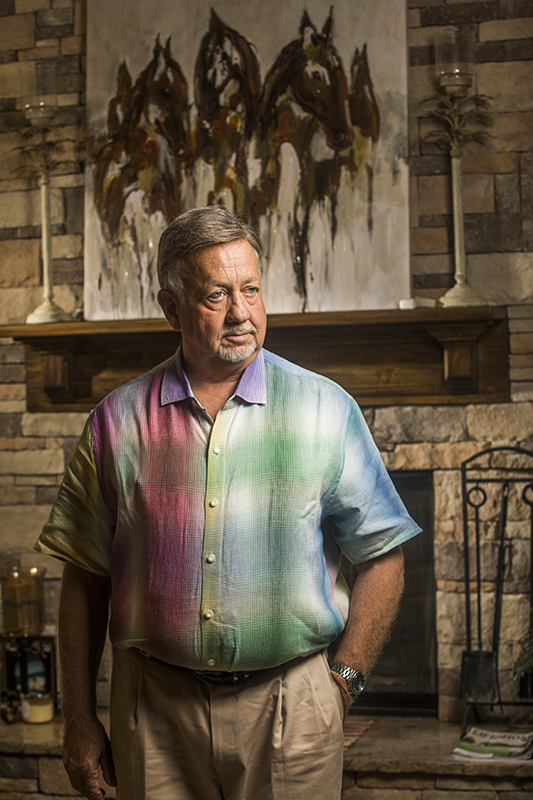 [dropcap]P[/dropcap]hil Herring lived most of his life in Strong, Arkansas, a town of about 600 people. He was born in January 1954, ten years after his father Earl opened Herring Furniture.

Herring and his sister started working in their father’s store as children; they would go on to stay with the store until it closed in 2016. A year before its closure, Herring’s business won the national Buyer Appreciation Award from the Tupelo Furniture Market in Mississippi.

He raised his own kids in the store, like his father before him. One of his daughters starred in the store’s radio and TV commercials from the time she was 4 years old. After she grew up and left town, Herring started to do the commercials himself, which led to a secondary career as a radio host. In addition to commercial spots, he provided traffic updates and talked about local news.

Now retired, he lives in Hot Springs, where he spends time with his three daughters and grandchildren.

First job: When I was six my father hired me to swat flies in our family’s furniture store window for 1 cent per fly. I quickly turned my swatter back in, telling Dad, “I can’t make any money doing this.”

What’s an interesting fact about you that would surprise others? Some have already been surprised, and others would be, by my job impersonating Elvis.

One word that describes you: Laughter

What attracted you to your career? Watching the joy my dad got out of taking care of his customers who were good friends instantly. Folks still relate experiences they remember when “Mr. Earl” took care of any problem they had. I can say I had the best role model to learn the business. I assumed the business in 1984 and we moved into the new location on the Strong Highway. I treasure the years my dad worked with me at the new location.

What are you passionate about? For so many years I was busy growing my business. But now I’m retired and am enjoying family time with my seven grandchildren and my three daughters. Observing birthdays, school events, attending church, babysitting, dog-sitting and being lifeguard and captain of the barge on the lake — you name it and we have a ball! It is a special feeling watching them grow, being called “Papa” and having a part in their lives.

Favorite place in the world: Home sweet home on the lake in Hot Springs.

What is the accomplishment you’re most proud of? My 20-year South Arkansas Community College Foundation Board membership. We had fundraisers to award scholarships.

Also, in 2015 receiving the national Buyer Appreciation Award from the Tupelo Furniture Market in Mississippi. It was a big award for an Arkansas furniture store in the tiny town of Strong.

Personal motto: My dad’s motto comes to mind when I think about this: “Give a man his roses while he is living. Don’t wait until he is gone.”