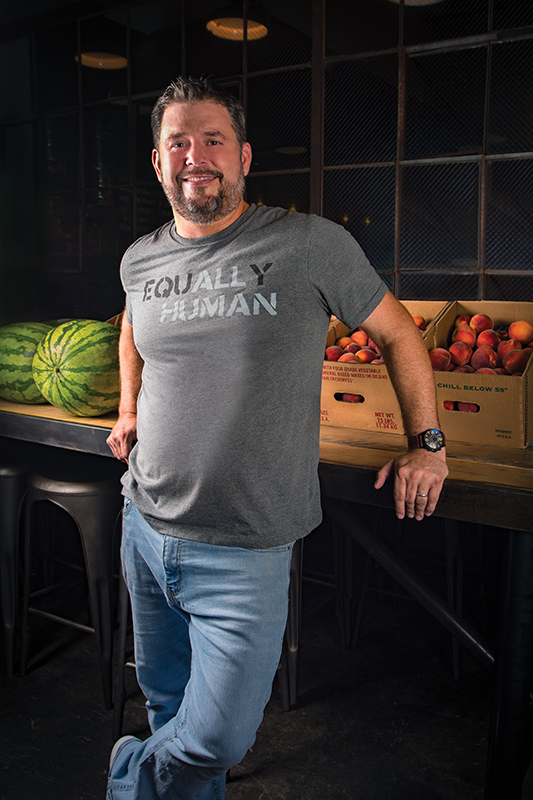 [dropcap]S[/dropcap]cott Thomas McGehee was born in Fayetteville and raised in Little Rock. As a boy, he was inspired to be a cook by both his great-grandmother Ruby Thomas (of the Red Apple Inn) and his father, Frank McGehee (Blue Mesa Grill, Juanita’s).

After attending the University of Arkansas, McGehee was an honors graduate of the California Culinary Academy in San Francisco, followed by a position as line chef at Alice Waters’s famed Chez Panisse restaurant in Berkeley, California.

With his exceptional partners and team, McGehee aspires to continue to develop and open new and exciting restaurants, and to be a small part of the success of all the people around him.

Hometown: Born in Fayetteville (while my dad was playing football for the Razorbacks), raised in Little Rock.

What’s an interesting fact about you that would surprise others? I love stars, geology, science and nature as much as food!

What are you passionate about? Having an extremely positive impact on every person I meet, especially my children, team and other creative people and chefs in town.

Favorite place in the world: Home

One word that describes you: My kids would say “positive” I believe. I preach and practice positivity daily!

What is the accomplishment you’re most proud of? My three children, no contest. They are SO amazing. They make me look good.

What do you love about what you do? I’ve always loved seeing people’s reaction when I cook them something delicious, but seeing young people in jeopardy grow and blossom into amazing happy humans is really what it’s all about for me. There’s no greater satisfaction at work.

What’s left on your bucket list? A restaurant honoring my great-grandmother and Arkansas food culture.