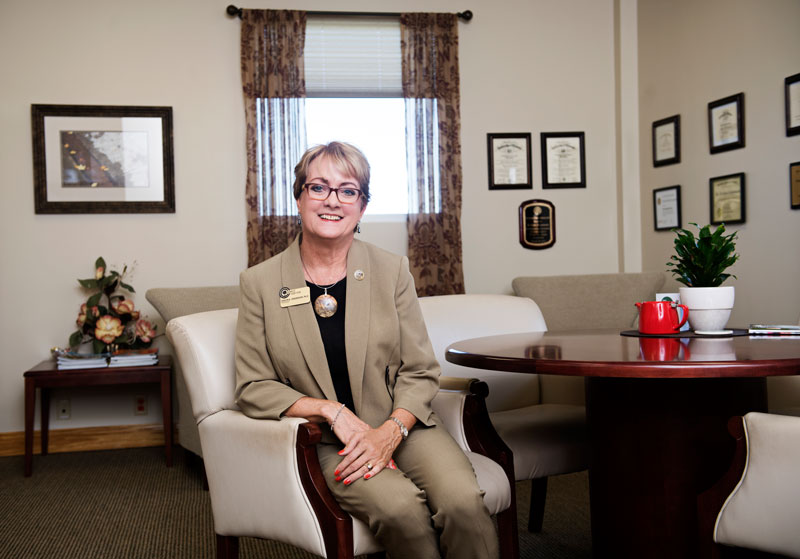 [dropcap]E[/dropcap]velyn E. Jorgenson has always been passionate about education. She is a strong leader at Northwest Arkansas Community College (NWACC), and she currently serves as the institution’s president.

Jorgenson’s leadership as an educator has led to various honors and awards. She has also served on many state and national boards.

She serves on the boards of Arvest Bank, Northwest Arkansas Food Bank, Benton County Literacy Council and several others. She received the Legacy Award in 2016 and serves on the board of the American Association of Community Colleges (AACC) President’s Academy.

She continues to impact many because of her passion and involvement as an educator and leader.

First job: My first job was as a waitress for Dog-N-Suds.

Favorite food: I don’t really have a favorite food, but I do like fresh homegrown fruits and vegetables.

What attracted you to your career? I started teaching because I always enjoyed school, I enjoyed learning new things and I wanted to help others have that same wonderful experience of learning. After teaching, I sought out leadership roles where I thought I could make a difference and have more influence.

One thing about you that others would be surprised to know? Some people are surprised to learn that I didn’t always want to be a college president. When I am asked that question, I remind people that when I was a child in the late ‘50s and early ‘60s, girls were usually told that they [had] three options if they wanted to work outside the home: be a secretary, a nurse or a teacher. The goal of becoming a college president didn’t happen until I came to realize that I loved working with people and I had the ability to be a leader. I also realized that I had the tenacity to fight through the tough stuff that people would throw at me along the way.

What do you love about what you do? I absolutely love what I do. I believe community colleges across this nation are underrated and underappreciated. Community colleges represent the most democratic, non-elitist form of higher education in this great nation. As a community college president, I am able to help faculty and staff reach out and nurture students, guiding them, advising them, helping them learn and helping them shape their futures. Certainly, there are challenges to running a college, but the rewards of seeing student success [make] it all worthwhile. We must be there to support our community.

What quality do you most admire in other women? I admire hard work, tenacity, respect and civility. I admire women who understand that success comes not from putting others down or stepping on others, but from helping others up and helping others succeed.