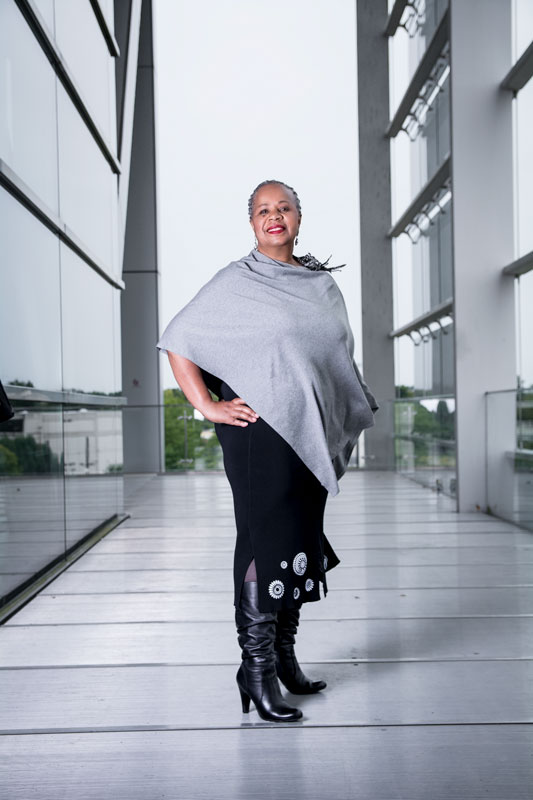 [dropcap]J[/dropcap]anis Kearney is an inspiration to many for her consistent success in writing and publishing, but she is also a presidential historian.

Civil rights activist and journalist Daisy Bates hired Kearney as a managing editor at the Arkansas State Press newspaper. In 1988, Bates sold the newspaper to Kearney, who took on the role of publisher and owner.

In 2015, Kearney created the Read.Write. Share Writers Group, a group for future writers.

She has received various honors and is a liated with several organizations. In 2003, Kearney was inducted as a National History Maker. She continues to create programs and initiatives for the Celebrate! Maya Project, which she founded in 2014.

Kearney received a 2016 induction into the Arkansas Writers Hall of Fame, an honor given to exceptional Arkansas writers.

First job: Part-time summer work at the Lincoln County Courthouse as a clerk.

What accomplishment are you most proud of? My first answer is always having my son because I’m so proud of that. I love being a mother. The second is my first book, Cotton Field of Dreams. It just meant so much to me. I was very proud that I was able to share that story.

First big break: The first was meeting Daisy Bates. She changed my life. She needed a managing editor and she gave me the position. She was there for a little while and then I talked her into selling [the newspaper] to me. The second was serving as Bill Clinton’s diarist.

What’s one thing about you that others would be surprised to know? I grew up on a farm. So when people hear that I don’t like certain vegetables they are surprised.

What do you love about what you do? Writing is just the most enjoyable thing that I can think of. It allows me to express myself. I love words and I love creating thoughts and stories. It allows me to get outside of myself.

What quality do you admire in other women? I think women are really encouraging of other women. I see that all the time. It’s like we can sense when other women need a pat on the back or encouragement.

Do you have a personal motto? Gifts are useless if you just sit them on a shelf and let them collect dust and you do nothing with them. We’re at our best when we share our gifts with others.

Where would you most like to live? If I weren’t in Little Rock, I would say Washington, D.C. or Chicago.