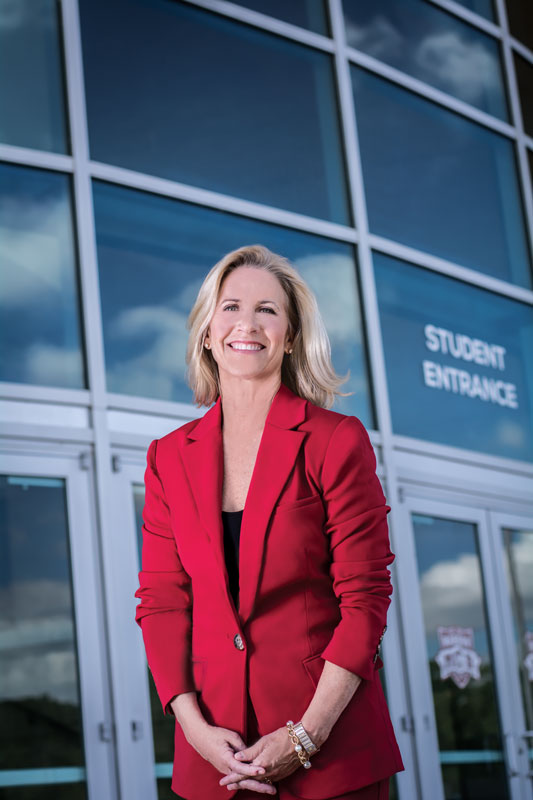 University of Arkansas Board Member

She served as a deputy prosecuting attorney, and after that went into a private practice in Jacksonville.

A friend called her about working for Huckabee in criminal justice, which is when her focus changed from law to politics. She was appointed to the Arkansas Board of Corrections for a seven-year term.

Since then, she has served as president of Forest Park Elementary, run for the House of Representatives in 2008 and served as senior adviser in criminal justice for Gov. Asa Hutchinson. She was recently appointed to the University of Arkansas at Fayetteville Board of Trustees.

First job: Clerking for a judge on the Arkansas Court of Appeals, the honorable James R. Cooper.

Favorite food: Last November, I had a couple of allergic reactions and learned that I have alpha-gal. Consequently, my favorite foods are meat-lovers pizza, filet mignon, Italian sausage and anything with bacon. I can’t have any of it.

First big break: When I was expecting my first child, my dilemma was what to do with a baby when we lived in Little Rock and I was driving to Jacksonville every day. A friend called me asking me if I wanted to work for Gov. Huckabee in Little Rock. It was an answer to my dilemma.

Something others would be surprised to know: I’m an open book.

Hobbies: Tennis, crossword puzzles and sudoku, and I intend to take up golf.

What do you love about what you do? I love to be challenged, both mentally and physically.

What quality do you most admire in other women? The courage to leave the safety and comfort of the sidelines, engage in controversial issues and stand up for what they believe in. I may not always agree with their positions, but I admire them for the fight.

Talent you’d like to have: To sing. I can’t carry a tune.