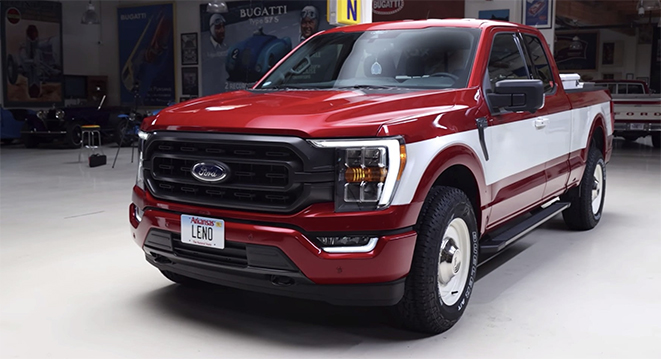 An iconic Arkansas vehicle has gotten a glow-up.

While the year model is different, Leno kept the pain scheme the same, with red and a white stripe on both sides, as well as dog carriers in the back of the truck.

“We matched it exactly as what I think he would have liked. I know Sam was not a fancy guy. He probably wouldn’t have gone for the leather interior and all that stuff, but we built it up,” Leno said on his Youtube show Leno’s Garage.

After all, Walton once said, “I just don’t believe a big showy lifestyle is appropriate. Why do I drive a pickup truck? What am I supposed to haul my dogs around in, a Rolls Royce?”

The original truck is housed in the Walmart Heritage Museum in Bentonville. The museum’s director, Alan Dranow, called Walton’s truck a “symbol of humility” and frugality

“It’s not just a pickup. It’s not just a truck. There’s millions of trucks out there. Sam’s pickup is a symbol of humility. The humility that Sam expected from his managers, his associates,” he said.