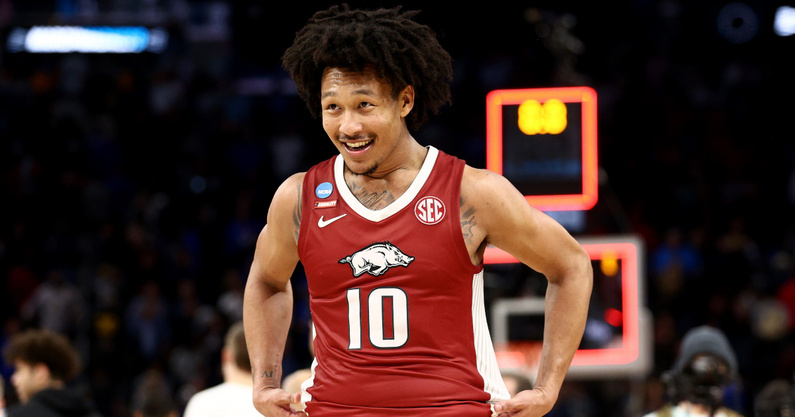 Jaylin Williams, the 6’10” Arkansas Razorback Men’s Basketball power forward, was the No. 34 pick in the NBA draft. Williams will now play professionally for the Oklahoma City Thunder.

Jaylin Williams a few minutes ago made his grand entrance at his draft watch party in Fort Smith: pic.twitter.com/JG4NJ3VYm4

On May 28, Williams released a statement in which he announced  his decision to forgo his NCAA eligibility to pursue the NBA. The Fort Smith native watched the draft in Northside High School gym, surrounded by his family and friends. 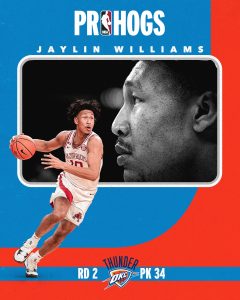 Williams is also the first player of Vietnamese descent to be drafted into the NBA. Williams is also Arkansas’ third-highest drafted player in the past 16 years behind Moses Moody and Bobby Portis.

“You’ve seen me grow and I just want to say thank you, I couldn’t have done this without all of you and It’s only the beginning. I hope to have a long career and I hope to have all of your support the entire way,” Williams said.