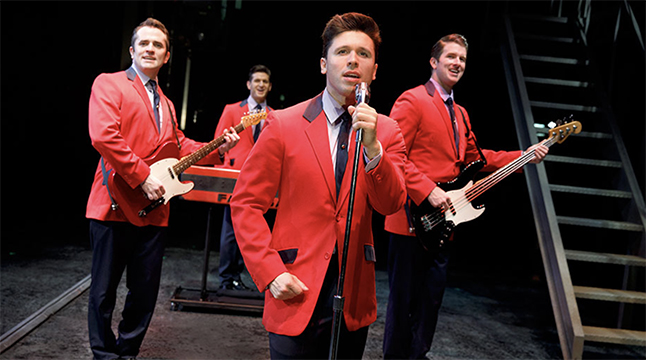 Oh, what a night!
Jersey Boys, the hit Tony Award-winning musical, is coming back to Little next week for a limited engagement, and tickets are now available!
The musical will open curtain at the Robinson Performance Hall in Little Rock on Friday, Oct. 12, through Sunday, Oct. 14, for four performances. The Friday performance is at 7:30 p.m., the Saturday performances are at 2:30 and 7:30 p.m. and the Sunday performance is at 2:30 p
Telling the story of Frankie Valli and The Four Seasons, Jersey Boys goes behind-the-scenes with this legendary music group to show their perfect harmony onstage and their imperfect lives off stage. The show features The Four Seasons’ hits, including “Walk Like a Man,” “Sherry” and “Can’t Take My Eyes Off of You.” Whether you’re a longtime fan of the music or not, you’ll definitely find yourself tapping your feet to the rhythm.
This production is the U.S. national tour of Jersey Boys directed by two-time Tony Award winner, Des McAnuff. The original production opened in 2005 and became the 12thlongest running show on Broadway by the time it closed in 2017.
Tickets can be purchased at Ticketmaster.com, by calling 501-244-8800 or by visiting the Robinson Performance Hall Box Office. Make sure to order them early!
RELATED: Check out these great activities going on around Arkansas!
Image courtesy of Jersey Boys National Tour