Jessica Chastain, ‘Halloween’ Among Exciting Features at Filmland in the Park 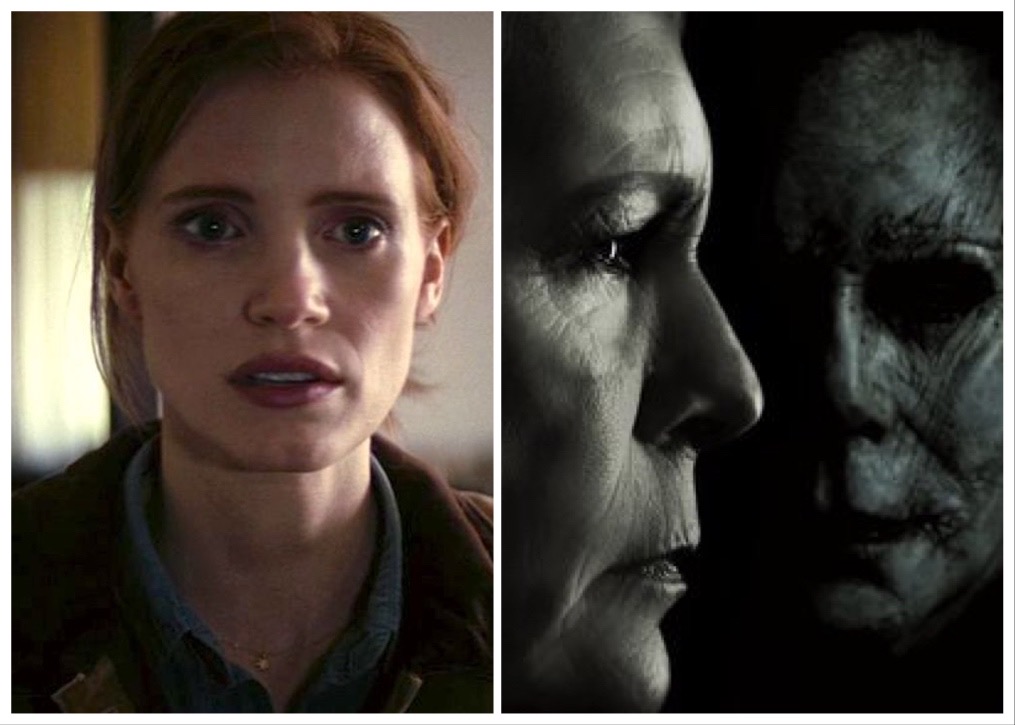 Grab your blankets and your popcorn and prepare for some socially distanced movie magic, because the Arkansas Cinema Society’s Filmland in the Park event is next weekend at MacArthur Park in Little Rock.

From Sept. 30 to Oct. 3, movie lovers can enjoy a series of 2021’s most promising new films, as well as attend various screenwriting and filmmaking workshops, offered by some of the industry’s best and brightest local talent. The workshops are for film lovers of all ages, providing attendees with an opportunity to converse and learn from successful writers, producers and directors, and one workshop even allows actors to audition for actual casting directors.

Even if you aren’t a movie fanatic, Filmland in the Park is still a great time to relax and watch good movies before they really hit the mainstream. For example, Nomadland, which won the Academy Award for Best Picture last year, was shown at Filmland last year. This year’s slate is just as promising, with films from multiple Academy Award nominees and winners, such as Jessica Chastain, Liz Garbus and Ashgar Farhadi. Chastain, who starred in films such as Zero Dark Thirty and Interstellar, will make a personal appearance on Oct. 2 to discuss her film The Eyes of Tammy Fay and her career as an actor and producer. Arkansans have the chance to learn about the world of film directly from A-list actors and directors, which wouldn’t be possible without the hard work of everyone at the Arkansas Cinema Society and all its partners and sponsors.

“I’ve known Jessica since we worked together on our film Take Shelter,” says Jeff Nichols, writer, director and Arkansas Cinema Society co-founder, in a statement. “It was exciting to be on that set and watch the immense talent she’d bring every day, and it’s been equally exciting to watch how her career has evolved and exploded over the last decade. I truly consider her one of the best actors working today.”

There will also be a special screening of 2018’s Halloween on Oct. 1, followed by a Q&A with the film’s writer/director David Gordon Green.

Among the many interactive and educational elements include a workshop called “Producing Secrets: Getting the Greenlight for Any Budget,” which is being co-led by David Arquette (Never Been Kissed, Scream), his wife Christina McLarty Arquette, Jayme Lemons and Mario Troncoso. Additional workshops will cover other areas of filmmaking, such as screenwriting, acting and cinematography, and will feature the aforementioned Nichols, Graham Gordy, Yancey Prosser, and more.

At the same time as the live events in MacArthur Park, Filmland will offer several online Q&As, workshops and screenings, allowing participants to enjoy the in-person Filmland in the Park without having to leave the comfort of their own home. Filmland will show films by two dozen new and experienced Arkansan filmmakers. Five of these films will be screened before the major features at Filmland in the Park, and audience members will be able to vote on their favorite Audience Award feature film online at filmland.org.

Tickets for Filmland in the Park can be purchased online, and members of the Arkansas Cinema Society and the Arkansas Museum of Fine Arts will receive their tickets at a discount. The cost for the ticket does not include any of the workshops, which must be paid for separately. And if you have no desire to attend any workshops and are just going to watch some good movies, you’ll be pleased to know that each night, an assortment of food trucks will be present to add some delicious food and drink to your outdoor movie experience. Tickets go on sale this weekend and are already available to members of the Arkansas Cinema Society.