Jessica Johnston-Myers Brings Vulnerability into the Board Room 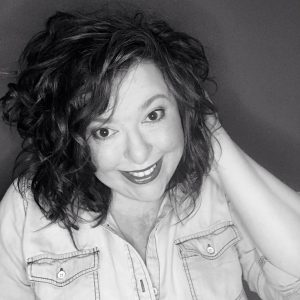 For this week’s Woman Wednesday, AY About You sits down with Jessica Johnston-Myers, the director of sales development at Apptegy.

Johnston-Myers was born in Fayetteville, grew up in Little Rock and graduated from Hendrix with a theater-focused liberal arts degree. She applies her theater skills to various sales and operations roles, often coaching high-performing sales teams.

“Today I have the pleasure of working as director of sales development for Apptegy, one of the most interesting startups in the country, and the HQ is right here in Little Rock. I was the first woman hired into a leadership position there, and I don’t take that responsibility lightly,” he says.

Johnston-Myers discusses some of the struggles faced as a woman in the workplace. “There’s what I would call ‘the mom complex’, where male colleagues see vulnerability, problem solving and relationship skills as “mom traits” and caution against that, lest you be viewed as the office mom. I don’t know about you, but my mom is a powerhouse who founded several companies post-retirement age, and I am honored by the comparison, but that isn’t what these colleagues usually mean. What they usually mean is that they think vulnerability does nothing to contribute to one’s executive presence. The secret is that they are wrong.”

Johnston-Myers expands on her thought, saying, “Vulnerability builds trust, trust opens the door to uncomfortable conversations, and those challenging conversations are where growth happens for all parties involved.’

Johnston-Myers continues, and discusses what it means to be a woman overall.

“On some level, I think that being a woman means being responsible for owning one’s creative power. Really leaning into it, claiming your space and making no excuses. I’ve never wanted to be recognised solely for my sex or gender. If someone wants to recognise me, I hope that they do it because of my accomplishments or humanity, not because I did a thing pretty well for a girl.”

Johnston-Myers offers advice to any young women or girls who might read this article.

“Stop apologising and be your own advocate. If you have a seat at the table, there’s no need to apologize for it. In coaching women, I’ve had many conversations where they apologised for their opinions, and then took time to verbally justify why they were speaking at all. I have never had a single conversation with a male employee where that happened. Confidence and executive presence go hand-in-hand. If you want to be a leader, learn to unapologetically own your space,” she says. “Be your own advocate. There was a great study a few years back that showed that women hesitate to apply for positions unless they feel that they meet 100 percent of the job requirements. Men happily tossed their hats into the ring with 60 percent matches. Stop feeling obligated to follow the perceived rules about applications. If you are interested in a role but don’t quite meet all of the stated qualifications, apply anyhow. Your male counterparts certainly will, and so should you.”

READ MORE: Anna Beth Gorman Lifts Up the Voices of Women in Arkansas