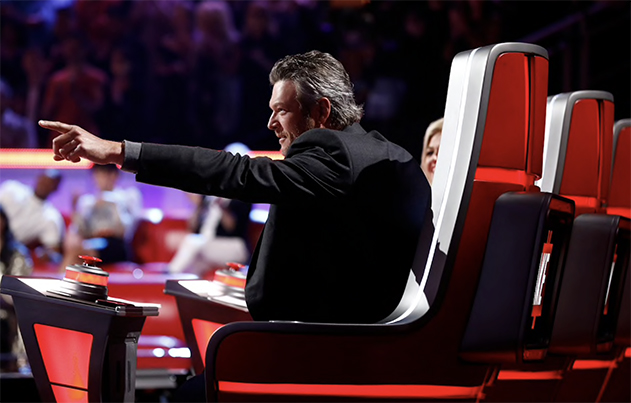 A country music star was born this week on The Voice.

Stefani admitted she would be a wildcard choice but said she could bring out the cross-over potential in Jackson.

“If you wanted to take a risk, I could really help you with being really unique because for me, that song is like a cross-over song,” Stefani said.

“Do you want to be country?” Stefani asked.

Ultimately, Jackson chose the first coach to turn around for him: Blake Shelton.

“I love your voice. You sang the crap out of it,” Shelton says. “A lot of Glen’s records were big-sounding for country radio. Great job.”

Follow Jackson’s progress on the show, which airs on NBC. The show typically runs Monday and Tuesday.

Image courtesy of NBC and The Voice