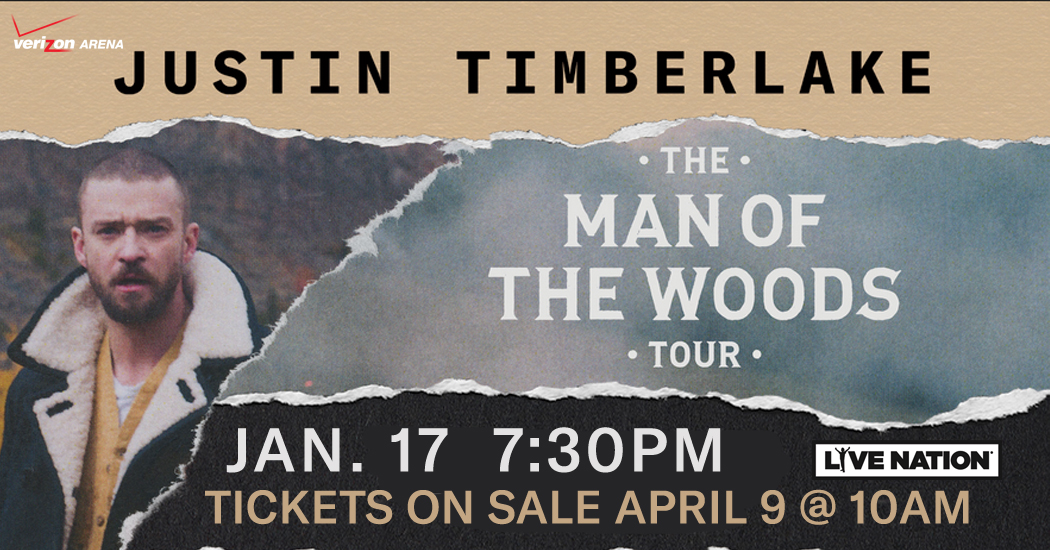 Justin Timberlake is coming to Arkansas. The superstar singer-songwriter officially announced on Tuesday that his tour will be making a stop at North Little Rock’s Verizon Arena on January 17, 2019.
The concert, part of Timberlake’s ‘The Man of the Woods Tour,’ is the most recent event added to Verizon Arena’s schedule of events.
‘Man of the Woods’ is Timberlake’s fifth studio album. Released in February, the album debuted atop the U.S. Billboard 200, while his hit single from the album, “Say Something,” reached the top 10 on the Billboard Hot 100. The song has remained atop the Hot 100 for nine straight weeks.
Tickets  to the show will go on sale to the general public Monday, April 9, at 10 a.m.
Tickets will be available at the Verizon Arena box office, by phone at 800-745-3000 or online at www.ticketmaster.com or www.livenation.com. Ticket prices will range from $52.50 to $228.
For more information about the tour and VIP packages visit JustinTimberlake.com.