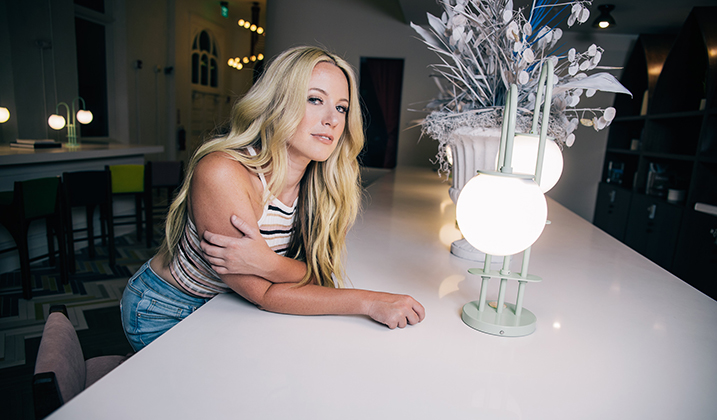 AY Magazine had the pleasure of catching up with Little Rock native and Nashville country music star Kelsey Lamb about her upcoming single “Come Here To Talk,” available on Jan. 29.

The singer/songwriter is going through an exciting time as she celebrates both her approaching song release and recent engagement. With lots going on in Lamb’s life currently, we can only expect that there is more to come.

Kesley: I’m going to try to release a new song every two months or so! After “Come Here to Talk,” I have a song coming out at the beginning of March, and from there I’ll keep pushing along with releases.

AY: “Come Here to Talk”: What’s it about and how does it fit in with your other songs?

Kelsey: My other songs are a bit more country pop and sweet, so this song is a little bit different. I wrote this song with Taylor Goyette and Joe Tongue during quarantine, and it took a couple of writing sessions to finally get it right. “Come Here to Talk” is about not being totally over an ex and not wanting to be alone, so you hang out even though you probably shouldn’t. It’s a bit strange because I just got engaged, but I never want to forget where I came from.I’m not telling a dark story and it’s not a shameful thing, it’s just not something [you] talk about normally or want to tell [your] friends.

AY: The single art for this song has a different look from your past singles. Will this be a theme for your upcoming releases?

Kelsey: It definitely has a different look! I actually went in to do a completely different photo shoot when this [photo] was taken. My stylist started making flannels during quarantine, and we decided to try out a picture with one on for fun. And we ended up using it!

AY: What did the pandemic do to your writing process?

Kelsey: Oh man, 2020 brought a lot of alone time. There were a lot of Zoom writing sessions, which was difficult because I don’t play guitar, I only sing. Most of it was making the best of the situation, and it ended up being really cool.Whenever we had the opportunity to be in the same room together, we really took advantage of that time and it made our writing sessions more special. 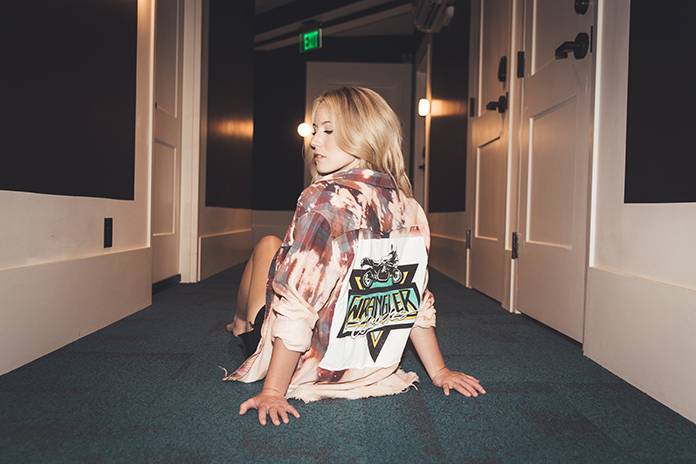 AY: You’ve shown a lot of love for Avril Lavigne in the past. How does she influence you as a country artist?

Kelsey: Haha, I grew up in the Disney Channel era. Hannah Montana, Hillary Duff and Avril Lavigne were who I listened to next to country. [Lavigne] is a storyteller, she’s very in her music and you can feel it. She’s who I would always go to on a bad day and she inspires me to be honest. I never really listened to female country artists, which is weird to say given where I am now. Blake Shelton and Tim McGraw are super storytellers that I also draw inspiration from. I’m a creature of habit with all of these artists intertwined in my own music.

AY: Did growing up in Little Rock influence your performance career?

Kelsey: Not really, actually. I grew up pretty shy, and I mainly only sang in church. My dad would take me to Nashville quite often, but I never really branched out until a tour with Alan Thicke just fell in my lap in 2015. After that, I decided that if I’m going to do it, I’m going to do it now. So, I moved to Nashville where I knew barely anyone, and I started my journey.

AY: What would you be doing if you didn’t take the jump into a music career?

Kelsey: I have a degree in communications, so I would probably be a journalist. I went down a slightly different path, haha, but I guess you could say I’m doing a different kind of journalism.

AY: Any albums in the making?

Kelsey: No albums yet. I’m planning to collect four to five songs on an EP this year. Maybe someday, but that’s a lot of songs, haha.

Lamb is excited to share what she and her team have been working on the past months. She expresses often to her fans on Instagram her gratitude for their support and her enthusiasm to continue writing raw and honest songs.