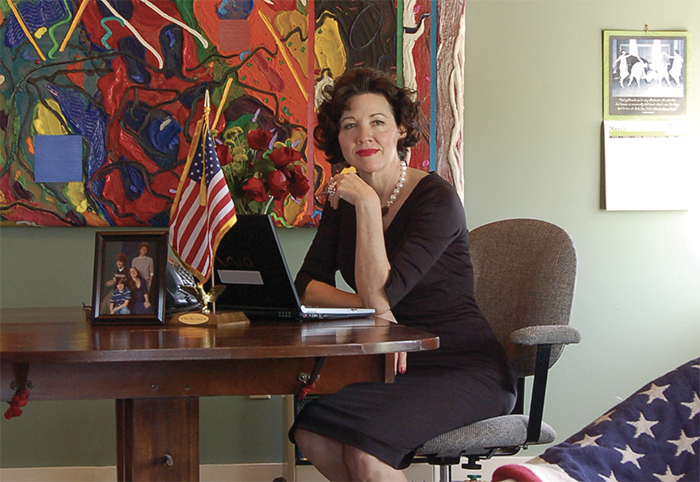 You won’t find entrepreneur Kerry McCoy lounging in her considerable pool of accomplishments. Rather, look for her swimming in the open sea of risk toward new horizons. While most business owners her age are contemplating retirement, McCoy is busy parlaying her business, FlagandBanner.com, into a multi-media enterprise.
Those that know her do not find this surprising. McCoy has the energy of a twenty-year-old coupled with the wisdom of over forty years of business experience. Add to that her appetite for creating and the combination is equivalent to a business ‘Big Bang.’
McCoy started her company with $400 and a heart full of moxie. Over the next forty years, the $400 has grown into $4 million, and the moxie has grown into prowess. Easily bored with the status quo, Kerry either seizes opportunities that make others flinch or creates a new venture from sheer force of will.
In 1990, she purchased the dilapidated building on 9th Street in Little Rock to house her business, and over the next two decades, refurbished it into the last original historical landmark of the city’s 9th Street. AETN featured her in the documentary recounting the importance of the building and the Ballroom located on the top floor. The National Parks Service awarded a half million dollar grant to make that same Ballroom ADA compliant by adding an elevator ascending to the building’s third floor. 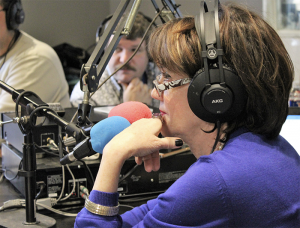 Under McCoy’s direction, FlagandBanner.com became one of the first online retailers, boasting over 22,000 products online. In 1995, long before the public was ready to trust online shopping, McCoy began positioning her company to capitalize on search engines organic rankings. Self-taught in all the acronyms of e-commerce, she led the flag industry into the 21st century.
If McCoy has a credo, it would be, “So what. What now?” Not content to revel in past glories, in October of 2014 Kerry began engineering a media enterprise.
FlagandBanner.com published its first edition of Brave Magazine. Keen on biographies, McCoy fashioned the magazine to feature customer’s stories of courage and determination. Championing affordable cooperative advertising opportunities, she convinced other businesses to advertise in her new magazine. The companies that opted in gained a new market for their product and FlagandBanner.com defrayed the cost of distribution. The magazine is now publishing its tenth edition, and the cooperative advertising venture proved effective.
Within two years of written storytelling, Kerry introduced her first guest on Up In Your Business with Kerry McCoy over FM KABF’s radio station airwaves. Passionate about providing a mentoring platform for small business owners, she began an advice/interview forum in which listeners could call in and ask questions of her guest and receive experienced business advice free of charge.
As the audience grew, the format expanded to include a diverse guest list that engages in a biographical interview with McCoy. Naturally curious, she is flourishing in her new role as interviewer. The show has been on the air for three years in the coveted Friday 2 p.m. time slot. This year, the show became available for underwriting. Immediately after airing, the show is posted on all podcast platforms for international access and listening.
Forever the businesswoman, McCoy continues to challenge the preconceptions of age, gender and experience by jumping into new ventures with gusto. She hunts new opportunities with vigor and fearlessly attempts the unknown. A word to the wise: You better put on your running shoes if you plan to keep up with Kerry McCoy.

Four Announced As Finalists for 2020 Arkansas Teacher of the Year
August 2, 2019

One Year Later: The Discovery of Ebby Steppach’s Remains
May 22, 2019