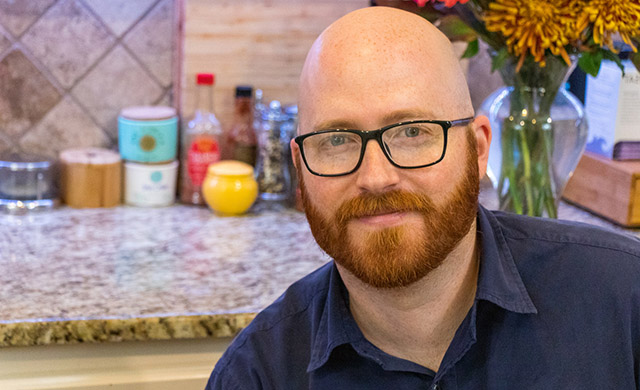 Kevin Shalin, a name familiar to many in the food community, has officially been named Food Editor of AY Media Group. Prior to the new title, Kevin made several contributions, both in print and online, for AY over the past year. He also continues to maintain his popular food blog, The Mighty Rib.

“I am very excited to join AY Media Group in this new role and really look forward to taking the Food & Drink section to greater heights. We have such a growing food community throughout Arkansas and AY is at the forefront of highlighting the various restaurants and people behind them. I want to continue with that and make things even better,” says Shalin.

“I have admired Kevin’s extraordinary writing at The Mighty Rib and his passion in covering Arkansas’ food treasures,” she says. “I look forward to seeing him bring that same energy as the new AY Food Editor, showing all the AY foodies the great dishes Arkansas has to offer.”

Shalin’s writing career started more than ten years ago in Houston with his personal blog and quickly took off after he became a regular contributor for the Houston Press. He and his family moved to Boston in 2011, then a year later, settled in Little Rock.

“Little Rock is home. My family and I absolutely love living here, and I could not imagine a warmer food community. It is an absolute honor to cover it.”