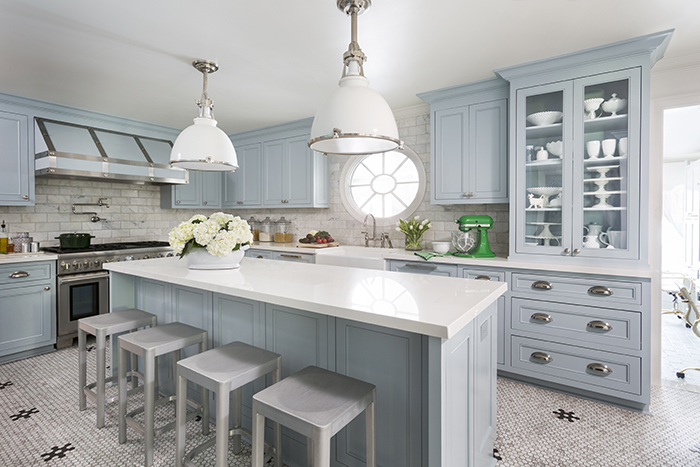 Think about your home. What rooms immediately spring to mind? Your bedroom? A living room? Or, just as likely, your thoughts flit to the rooms you probably use the most — your kitchen and bathrooms. While we don’t always immediately associate the two together, kitchens and bathrooms often follow similar design philosophies, share color palettes and both strongly impact the value of your home. In fact, the two areas in your home most likely to be renovated as part of preparing for a home sale are kitchens and bathrooms. Knowing that, it’s a good idea to say abreast on current and developing trends in bathroom and kitchen design.

So far, kitchens and bathrooms have followed similar trends, especially when it comes to color palette. For years, designers of both areas have embraced gray and white as a color base, going for cool, clean colors to create a sanitized atmosphere. However, divergence is beginning to develop: While bathrooms are holding onto the gray and white palettes, kitchens are trending differently.

According to Susan Johnson, owner of Kitchen Tune-Up, “While we see a lot of customers still gravitating toward whites and grays, many others are starting to look at bolder choices,” she says. “That includes more cool colors like blue, but we’re also seeing warmer colors, and wood tones are being reintroduced to cabinetry and surface options. We’re going to see richer, darker hues and more warmth coming into play this year.”

Scott Lucas, the owner of Scott Lucas Construction, agrees with Johnson, seeing the shift as part of a cycle in trends. “Like bellbottom jeans, warmer colors are coming back to kitchens. One thing I am surprised about is the renewed interest in matte gold accents,” he says. “It looks really good — we’re seeing it a lot on cabinets and islands along with blue touches.” 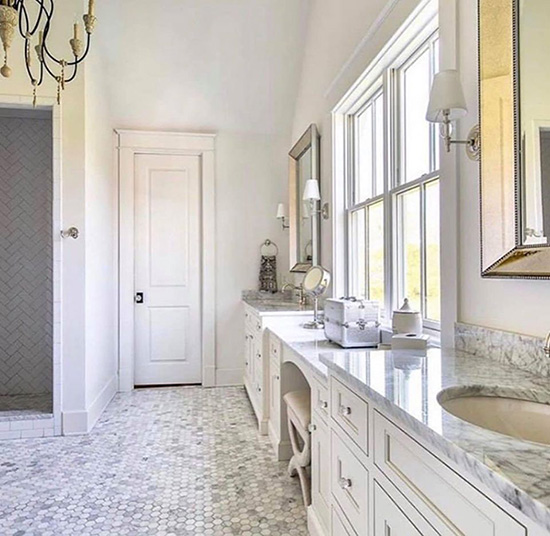 Some design movements from the past decade remain as popular as ever, particularly open-concept kitchens and homes. “Everyone wants an open floor plan, around the house and in the kitchen. People really want that living room to kitchen connection,” Lucas goes on to say.

Johnson agrees, saying, “A kitchen is the heart of the home, There’s always a lot of hustle and bustle, and people around the house want to be part of that action.”

Johnson and Lucas also agree that stainless steel will continue its reign as most popular appliance material, although both see certain aesthetic changes rolling down the pike. “It’s stood the test of time because stainless goes with everything,” Johnson says. Both pointed to customers asking for black and slate-tinted stainless steel as an upcoming change, mostly as a reaction to stainless steel’s ability to suck fingerprints from across a room.

Lucas believes that kitchen styles shift every 10 to 15 years, and both admit that a kitchen remodel can appear intimidating. However, Johnson urges homeowners to act now.

“I’m always so sad to see people live for years with kitchens they’re unhappy with who wind up fixing them up as part of selling the house,” Johnson says. “Obviously that’ll help them sell the home, but putting it off until then prevents them from really enjoying that important space. It’s really just finding the right person to work with, a professional who can properly plan can make your culinary dreams come true within budget and on time.”