Know Your Heart: Cardiac Stress and Your Health 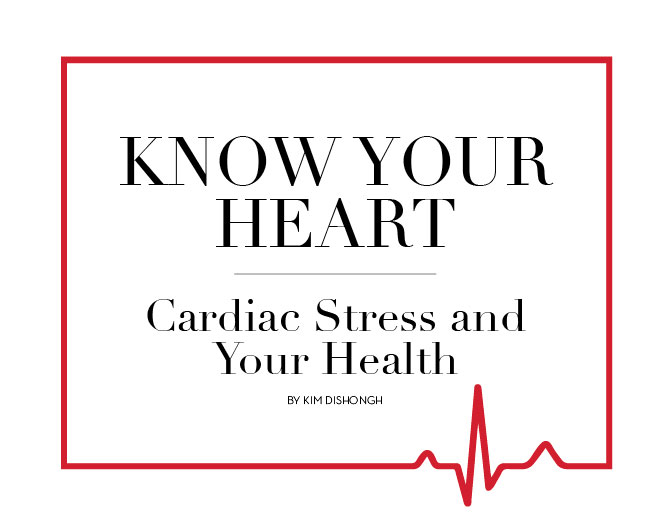 [dropcap]T[/dropcap]he key to keeping your heart healthy is to take control of your own health, and knowing your risk factors is a good place to start.

“Our duty is to prevent disease, which we try to accomplish by advising a heart-healthy diet, exercise and medications to control blood pressure, cholesterol and diabetes,” says Dr. Yazan Ghosheh, interventional cardiologist with CHI St. Vincent Heart Clinic Arkansas.

Scott Davis, a cardiologist with Baptist Health Heart Institute, says that even though heart disease is the leading cause of death for men and women in Arkansas, there is no single test designed to detect it.

“What we don’t have in the world of cardiology is a true ‘mammogram’ or ‘colonoscopy,’” says Davis, referring to diagnostic tools designed for early detection of breast and colon cancer.

“Over time, when cholesterol begins to develop and begins to collect in certain regions of your circulation, like to your heart or to your head, is to deposit calcium where there’s cholesterol buildup,” he explains. “Calcium is an easy thing to take a picture of with an X-ray. With a chest X-ray, the first thing to jump off the page is bone and bone has a lot of calcium in it and we can exploit that with what’s called a calcium score which gives us an overall score of what your overall plaque burden might be in your heart circulation. That gets a little bit better than a true screening test than what we’ve had before.”

“It’s a really cool thing to go through and then you can walk out with your results that day and you have an opportunity to visit with a staff member who’s going to go over the results with you,” says Rupp.

The process took about an hour although the laboratory work did require fasting, none of the procedures involved caused pain, she says. 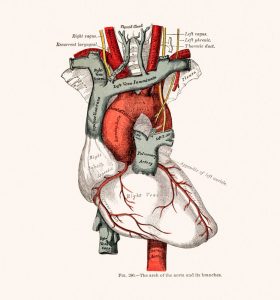 “As humans, we’ll spend $99 on food, gifts, clothing, sports (for me, shoes), so why not have your heart checked? That way if something needs to be addressed, it can be before it’s too late,” says Rupp.

Rebecca Buerkle, director of communications for the American Heart Association in Arkansas, says a lack of sleep has been linked to heart disease, so along with exercising and eating right, people need to make sure they are getting enough rest.

Stress related to the aftermath of a natural disaster, too, has been linked to an increased risk of heart disease, according to a study done by a group of cardiologists at Tulane Medical Center in New Orleans.

“In the months after Hurricane Katrina, some psychologists noticed that there seemed to be more heart attack patients than before the hurricane, and in fact in the 10 years after Katrina about 3 percent of the admissions were heart attacks. In the two years prior they accounted for less than 1 percent,” says Buerkle.

This is important information for those affected by Hurricanes Harvey, Irma and Maria and other natural disasters, as well, and could have implications for people who experience divorce, death of a loved one or loss of property unrelated to natural disaster, though the study did not address those issues.

“When people returned home after the storm, their priority was rebuilding their homes, not necessarily focusing on their health,” says Buerkle. “While stress is not an exact cause of high blood pressure, it can certainly exacerbate things and that is one of the things that we do worry about with heart attacks and with strokes. I think 80 percent who have strokes have high blood pressure. That kind of stress is tremendous on the body, both physically and emotionally. That can affect people for a very long time.”

A study released by the Robert Wood Johnson Foundation in collaboration with the American Heart Association indicates that Arkansas ranks third in the nation for its rate of adult obesity. That study found that 35.7 percent of the grownups in our state are overweight, which puts them at higher risk for heart disease.

Everyone knows that maintaining a healthy weight and eating a diet low in sodium and sugar is important to heart health, but diet trends can be confusing.

“At the end of the day, it’s better for you if it swims or flies than if it walks around on four legs,” Davis tells his patients. “The Mediterranean diet – high-end fish and poultry with an honest fruit or vegetable component and nuts – still is the most heart-healthy diet. If you then look at a current vision of that it would be the South Beach diet. The South Beach diet would be kind of the one-stop shop as far as a good reference for how it’s constructed if you need a go-to guide. It was crafted by a cardiologist down in South Beach, Florida and it basically is a working man’s Mediterranean diet.”

As for exercise, Buerkle says the Heart Association guidelines call for 30 minutes of moderate physical activity five times a week, or 25 minutes of vigorous activity three days a week.

Ghosheh recommends stretching and warming up before aerobic exercise, followed by a cool down to allow for gradual increase and decrease in heart rate and breathing.

“Watching the heart rate during exercise is important,” he says. “Attempting strenuous activity from the get-go is not advisable. People should build up strength and gradually increase intensity of the exercise. A good workout should make you breathe harder but still be able to carry a conversation, according to the American Heart Association.”

For those who haven’t been exercising for their heart health, it’s not too late to start.

“Now is the time to start making healthy decisions,” says Ghosheh. “The most common reason people stop exercising is they set too high of a goal, and when they fail to achieve it, they quit. It’s important to set a reasonable goal for today or this week, and then work up to the overall goal by increasing exercise time gradually. Something is better than nothing. It’s not all or none.”