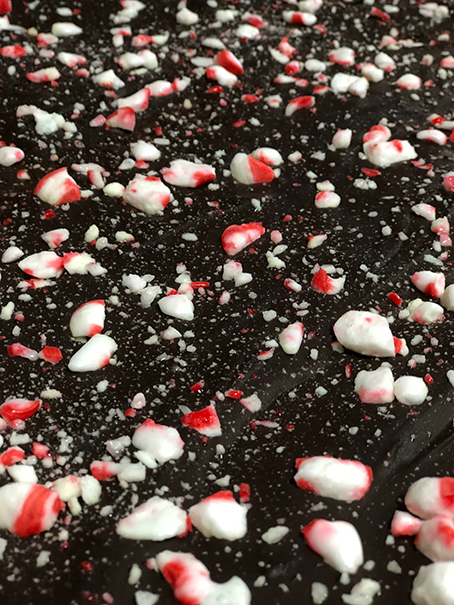 Kyya Chocolate, Arkansas’ first bean to bar chocolatier, is enjoying huge success at its new retail location in Bentonville, located at 111 N. Main St.
It opened Oct. 1 on the downtown square.
“And we have been hanging on for dear life ever since,” says Rick Boosey, who owns the operation with his wife Cindy. “We had to buy three chocolate machines in 30 days to keep up.”
The Booseys started the chocolate company after a trip to Uganda in 2012 where they were working in an orphanage and were disheartened by the poverty.   Kyya was born out of a need and desire to help people. 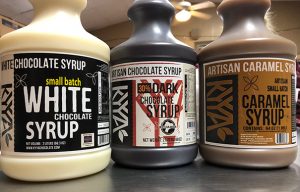 They had no previous chocolate experience but when deciding on a business, looked at Uganda’s natural resources. Coffee is a main crop but Rick says he didn’t think the world needed another coffee shop. The east African country also produces tea, but that was out because Boosey hates tea. Cotton is another main crop, but he knew nothing about textiles.
And then there was cacao, whose seeds are used to produce cocoa and eventually chocolate. They decided to open a bean to bar chocolate concept- meaning they source the beans, roast and mill them and turn it into chocolate.
They began making chocolate in their kitchen and after a lot of trial and error, released their first bars.
Aside from paying above fair trade prices, 10 percent of the profits go directly back to the farmers who produce the cacao.
Rick is a Little Rock native and his wife is from Memphis.  Self-proclaimed foodies, he worked for Microsoft for 10 years, and then Dell, and Walmart was his main account at Microsoft. Boosey made many contacts in the area. After traveling for years, they settled back in the Arkansas. His home state was a natural and affordable place to open the business. 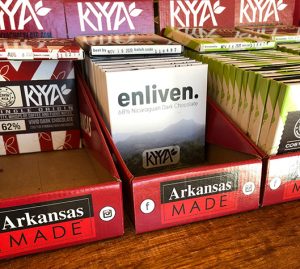 They set up their factory in Elm Springs and sold at the Bentonville Farmers Market for years so they already had a clientele built into the area.
“Earlier this year we decided we wanted to see what it would look like to have our own shop so we started looking for a place where we could control the experience. The Bentonville store is a realization of that idea. We know a lot of people in northwest Arkansas but especially Bentonville. We are on the square in Bentonville, how blessed can we be,” he says.
The chocolates can be found in 305 locations in Arkansas and the southern U.S., mostly. The Booseys source from 26 countries.
Working for companies like Microsoft and Dell, Boosey says he didn’t want to create a single product, so they offer pralines, brittle, single origin chocolate sauces, and more than 140 bars. 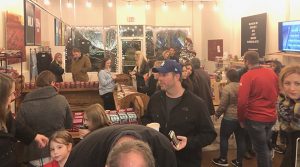 While he shied away from opening a coffee shop, coffee shops actually became key to the company’s success because the same customers that seek out fair trade and single origin coffee beans, appreciate the same concept with chocolate. Besides, chocolate and coffee pair together perfectly.
It has been an adventure.
“I learn something new every day. That is the fun part of what we do. It’s our chance to share our passion with others,” he says. 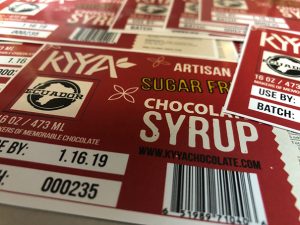