Of course, you say. Everyone knows that LA is the mecca of the film world. But in this case, LA refers to Lower Arkansas. And the film company, an up-and-coming outfit called Bespoke Works LLC, is based in El Dorado. 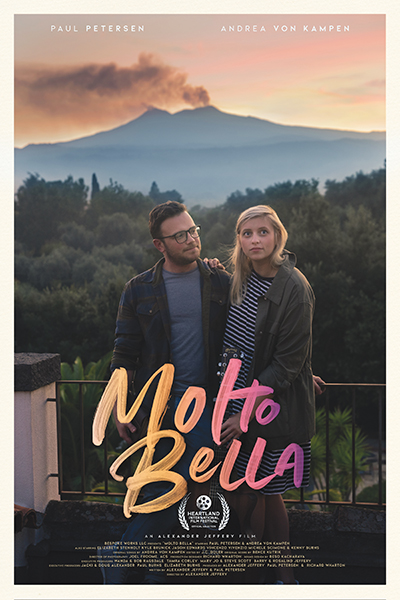 But first, some background. Alexander Jeffery, a key player in this tale, graduated from El Dorado High School in 2006, having gotten a good exposure to drama from his classes under Delaine Gates, which included a sci-fi production of Romeo and Juliet. But even before that, Jeffery’s schedule involved participating in plays with the city’s South Arkansas Arts Center, performing in such works as Annie, Cinderella and Mame. He then spent his college days at the University of Nebraska, majoring in film, theater and media. His next stop was in Los Angeles (the original LA) where he thought about being an actor. But Jeffery experienced what he calls “a moment of clarity,” opting instead to make films, preferably outside Southern California. He took more classes in Nebraska, and then traveled to Europe and worked on a Swedish film, picking up valuable experience as the first assistant director and becoming acquainted with Swedish cinematographer Joel Froome.

Jeffery returned to El Dorado and founded Bespoke Films with Paul Petersen, a friend he’d met in Los Angeles. A University of South Dakota graduate (BFA in acting/theater), Petersen is another key player in our story. About this time, Jeffery and some similarly inclined folks in El Dorado began discussions about establishing a film festival. Dreams turned into reality when the El Dorado Film Festival was founded as part of the South Arkansas Arts Center’s 50th anniversary celebration in 2014.  With his film Beacon, Petersen won “Best in Fest” at the inaugural El Dorado Film Festival. One of the festival’s ringleaders was Richard Wharton, a local architect who’d returned home after living in Los Angeles for many years where he’d also developed an interest in films. 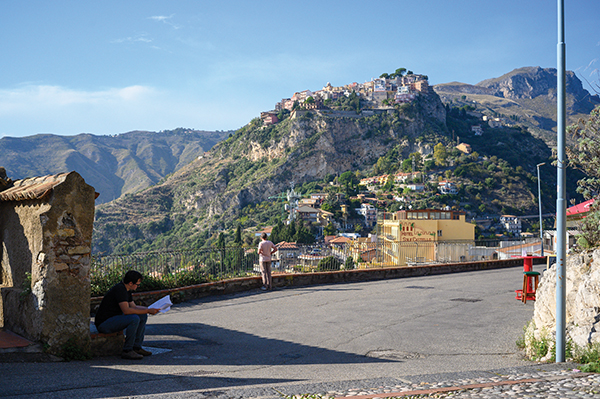 Shortly thereafter, Jeffery and Petersen produced a short film, The Bespoke Tailoring of Mister Bellamy, that won the prestigious 2015 Louisiana Film Prize — a $50,000 cash award and the most lucrative prize for short films in the world at the time. As a result, the film received all sorts of attention and acclaim. It garnered the Programmer’s Choice Award at the Cleveland International Film Festival and qualified for the 2016 Academy Awards.

The duo then revisited a movie script that Jeffery had begun several years earlier. Titled Molto Bella (an Italian phrase roughly translated as “very nice” or “very beautiful”), it was a “non-romance, romance” with a setting in Tuscany, Italy. A group of investors, mostly from El Dorado, stepped up and green-lighted the project and its $250,000 budget. When Wharton got a chance to read the script, he told his friends, “I love it. But it needs to be set in Taormina, the most romantic place I’ve ever seen.” In September 2019, Jeffery and Wharton made a location scouting trip to Taormina, a quaint city on Sicily’s eastern coast, some 5,700 miles from El Dorado, and within sight of Mount Etna. That visit led to a series of major script revisions in short order to accommodate the new location and a rapidly approaching film shoot.

Jeffery would direct Molto Bella. Petersen would star as Hal Flynn, the male lead with a poetic heart who’s journeyed to Taormina because of its rich literary history. Andrea von Kampen, a musician and actress from Nebraska, had been cast as Josie Day, a folk singer who landed there looking to reignite her career. Wharton was in charge of production design, and Froome would be the cinematographer.

The cast and crew for Molto Bella arrived in Taormina in the fall of 2019 for an 18-day shoot, only to discover a serious problem: their equipment had failed to clear customs. Despite that initial setback, filming was soon underway. And to no one’s surprise, a fairly large delegation of the El Dorado investors showed up as well, not so much to keep a close eye on the production but to enjoy a few days in one of Sicily’s prime tourist destinations. Serious fans of The Godfather will remember that Francis Ford Coppola filmed many of the movie’s early scenes in and around Taormina. In fact, Jeffery and his cohorts were rather surprised by the volume of tourists in the community. While they knew the coastal village attracted hordes of sightseers in the summer months, they expected the streets to be fairly quiet and empty during the fall season. That proved to be a miscalculation. 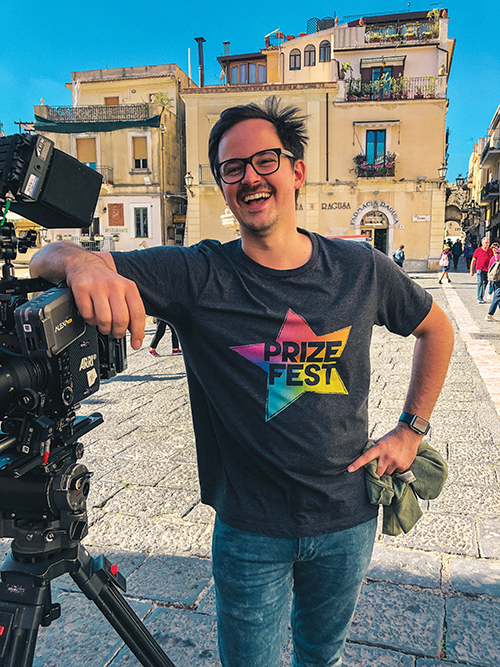 Municipal officials had granted permission to shoot within the city but insisted that the production could not disrupt Taormina’s tourist trade. So they filmed in the gaps between throngs of pedestrians on the plazas and narrow streets, capturing scenes when they could. Some of the shots where Hal and Josie are quietly getting acquainted were captured with dozens of spectators just out of view. Wharton had befriended Michele Scimone, the owner of one of Taormina’s bed-and-breakfast inns, on a visit a few years earlier, and Scimone provided invaluable assistance on several occasions. Not only did he smooth out problems rising from miscommunications, he convinced local restaurateurs to allow shooting in their establishments. And Scimone even got to appear in front of the camera, cast as a hotel desk clerk in the film.

Once a few final scenes were filmed in Nebraska, Molto Bella went into the post-production phase. Despite the confusion, chaos and postponements caused by COVID-19, the 91-minute feature film has been on the film festival circuit for several months. It won the Audience Choice Award at the 2020 Heartland International Film Festival and was warmly received at the El Dorado Film Festival a few weeks later, where I had the privilege of viewing it. I found Molto Bella to be an absolute delight; a music-driven story of two personable individuals searching for answers. That the movie was set in some of the prettiest locales imaginable made it even more special. And Ms. von Kampen is an exceptional musician, singing her own original works.

The official trailer for Molto Bella can be found easily on the internet if you’re interested. When the movie will be available for more general public viewing remains to be seen. Jeffery and Petersen are working various leads, hopeful the film will be picked up by Netflix, Apple, Amazon or iTunes.

In the meantime, the good folks at Bespoke Works are busy. A feature-length documentary titled You Have No Idea is currently in post-production. And to keep bills paid, they’ve developed an impressive list of corporate clients — organizations such as the U.S. Army Reserves and Murphy USA. But I’m eagerly awaiting the next release from Jeffery and Petersen. And I’m wondering if they might be interested in a small investor. I’ve always had a hankering to be in the film business.