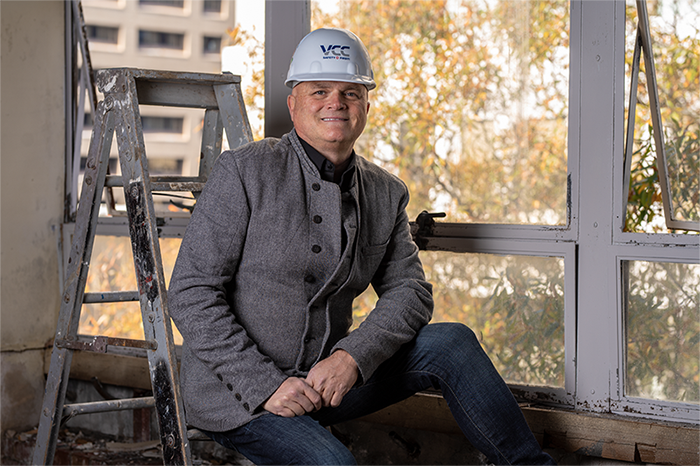 By Kim Dishongh | Photography by Jamison Mosley
Larry West Jr. is creating in some big spaces in Little Rock.
He’s working with VCC Construction on the design of the AC Marriott, set to open in downtown Little Rock in late 2019, and he’s on the move with Tony Poe in getting the Atlas Bar ready for business in January. 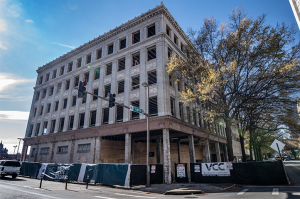 VCC Construction is known for various projects – malls and shopping centers, hotels, surgical centers, movie theaters and more, and West has served as the owner’s representative, assisting with the design and construction process, on several of those.
The five-story, 112-room AC Marriott will be in the historic Hall-Davidson buildings at Louisiana Street and Capital Avenue.
“It’s going to have a classic feel,” West says. “And we’re rebuilding the whole space to build hotel rooms, of course, but we’re reusing some of the existing materials.”
The floors will keep their mosaic hexagon tiles, original to the building. The marble wainscoting in the hallways, too, is unique to the building, salvaged from walls that were moved to accommodate the new layout of the building. 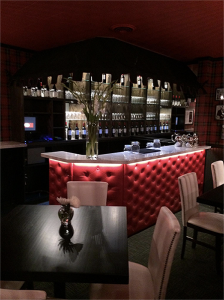 “The rest of the materials will be more contemporary. We’re using earth tone colors to grays, and you’ll have that mixture with some different types of marble throughout the entire structure as well,” says West.
Because the AC Marriott will be in the heart of the business district, it’s expected to be a favorite lunch and after-work destination. There will be a hotel bar at the corner of Sixth and Louisiana streets, and there will also be a restaurant connected to the hotel.
“We are in discussions with a few restaurant entrepreneurs to occupy the restaurant space,” says West.
West has approached local artists about displaying their artwork in the hotel, which will likely also add modern contrast to some of the building’s historical features.
The AC Marriott isn’t the first project in which West has embraced history. As a part time Dallas resident, West has worked with the iconic Campisi’s restaurant chain in that city.
“Campisi’s is a staple in the city. They have been around since 1946, and they were the very first restaurant to bring in the pizza pie to the state of Texas. Texas never knew of the pizza until the Campisi family moved to town,” West explains.
A photo, published on the front page of the Dallas Morning News, depicts Campisi’s becoming one of the first restaurants in the city to legally serve alcohol at the end of Prohibition. Other photos he chose to emphasize are of celebrities who frequented the place in the past.
“What Campisi’s is well known for is people like Bob Hope and Dean Martin and people from back in the 50s and 60s,” says West. “When they would go to Dallas they would go to Campisi’s on Mockingbird because it was just the place to go. It was literally the hotspot – it was the glamour place to go. The line would be wrapped around the building to get into the main part but the VIPs, the celebrities, would go in privately through the kitchen and the back door.”
Menu sheets from the 1950s, too, have been blown up and used as artwork in the dining room at Campisi’s.
“You can see the price points on those, like how much a piece of pizza – or pizza pie – or a plate of spaghetti, and beverages and all that would have cost at that time,” says West.
West is now busy putting the finishing touches on Atlas Bar, ahead of its opening early in 2019. 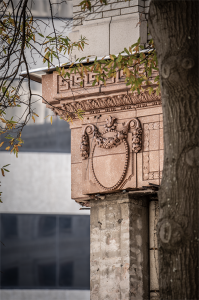 Atlas, in the SoMa District, will have a travel theme, pairing Tony Poe’s souvenirs from around the world with a showcase of some of his father’s travel treasures.
West is overseeing “dramatic necessary steps” to age the new parts of what is being coined “the best old new bar in Little Rock.” There will be a vintage wood-stained bar and custom lighting, also designed to further the vintage feel, coming in from a Dallas vendor.
“There are a lot of old Chicago bars that were our design inspiration,” West says of the Atlas project. “This is going to be a really fun design. It will have a lot of great seating, the cocktail menu is going to be amazing, and they will be serving food as well.”
Larry West Jr. Designs
lwestjr.com • 501.779.1540

Get to Know AY’s Best of 2021: Russellville Nursing and Rehabilitation
December 1, 2021