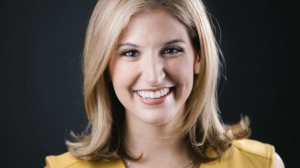 Laura Monteverdi is joining the news station, where she will co-anchor the weekday evening news with Bob Clausen. The pair will deliver the news at 5, 6, and 10 p.m.

Monteverdi will be succeeding Ashley Ketz in the co-anchor role. Ketz departed the station in July 2020 for a new role in Chicago as a national reporter and fill-in anchor. She was joined by her husband, Aaron Nolan, who was the morning anchor; he will be a weekend breaking news anchor for a new WGN America project.

Born in New York and raised in Florida, Monteverdi has worked widely in the journalism field since graduating from the University of South Florida in Tampa. She joined THV 11 in March 2015 as a multi-media journalist and anchor after serving as a morning anchor and reporter in Sioux Falls, South Dakota.

“When I moved to Arkansas in 2015, I had no idea the impact this state and the people would have on my life,” Monteverdi said in a statement. “I am grateful, that five years later, I have the opportunity with KARK to stay in the Natural State and continue my work on educating others about the opioid epidemic. It’s become my mission and I’m grateful to join a team that values that and recognizes the importance of raising awareness about a cause so close to my heart.”

She has received two Eduward R. Murrow Awards for her journalism work, as well as a Regional Emmy award.