A League Of Extraordinary Women 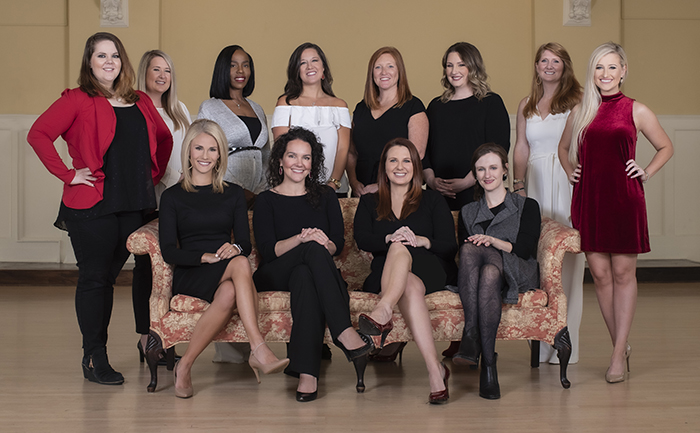 On a bustling downtown corner, the imposing brick home of the Junior League of Little Rock (JLLR) rises tall and stately, its ornate decorative columns and arched windows giving a hint to an equally grand interior. It’s a longtime point of pride for the generations of civic leaders who have met here throughout the city’s history and particularly today.

“Owning a building is really unique to Junior League [nationally],” says Jennifer Goss, Junior League of Little Rock president-elect. “We had the Association of Junior Leagues International come here last year for a conference of about 200 women. It was fun to give a tour and show our home off to people.

“We’re the third owner of the building since 1912. It first was owned by the Elks Lodge, so it was all men. Then in the Depression, it was bought by women, the Woman’s City Club. We [became] the third owners in 2001.” 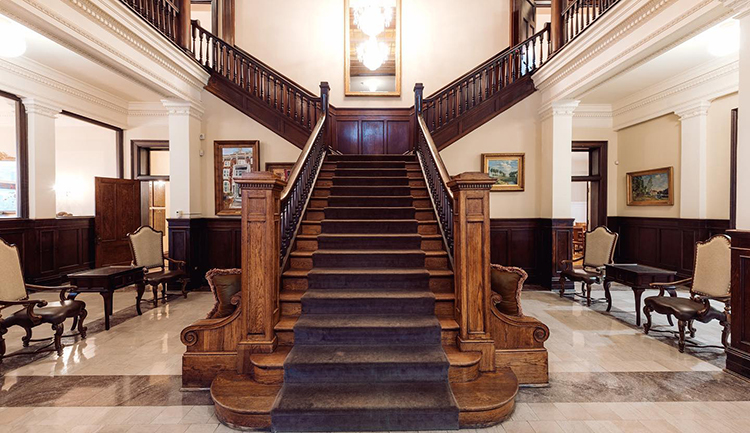 The grand staircase at Junior League of Little Rock’s headquarters.

At the mention of this, Goss can’t contain a smile of pride tugging at her cheeks. Given the social mores of the day, it was more than unusual for women to own property in the 1930s and thus the building embodies an indomitable spirit that lives on through Junior League. Every meeting reminds members of the challenges overcome by previous generations and the absolute imperative to effect change today.

“With any organization, if you don’t stay nimble, you don’t exist,” Goss says. “We started off as a baby welfare station. We had a visiting nurses association, where we would go, kind of like candy stripers, and visit hospitals. But now, [members are] full-time employees and stay-at-home moms with several children, and they don’t have that capacity as much. So, what we do for the community has changed.”

Junior League’s actions have fearlessly improved Little Rock since the group established in 1914, affiliating with the Association of Junior Leagues in 1922. The form of those actions has evolved right along with the times. No community initiative is sacrosanct; instead, all are regularly evaluated to ensure they are making the maximum impact.

“Our members have to vote to reapprove every community project on a cycle,” Goss says. “We do not do projects if our membership does not like them. We get feedback before it even comes to our membership; maybe a project did not meet our needs financially, or the logistics were really hard for us to do. We also realize sometimes that our membership just didn’t have the buy-in with that group.

“We have to figure out what’s best, not just for our community, because that’s really important, but what’s best for our membership and how can we see us succeed.” 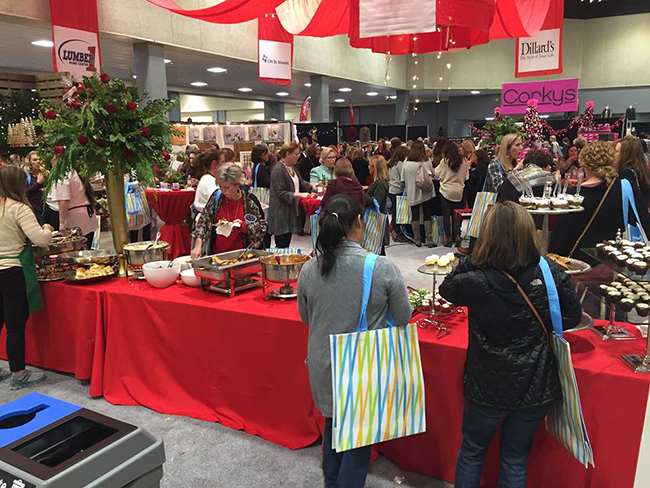 This mentality is part of a highly organized and impressively regimented modus operandi that extends to other parts of the organization. Goss credits the system for Junior League’s efficiency and she says efficiency equals results — be it in attracting new members, raising funds or serving a target population.

“To get a group of 300 members on the same page is all about order and understanding what our goals are in each role,” Goss says. “We are very clear about our roles; everything is in writing. If I take a [volunteer assignment], I can go read the placement guide and see what that role says.”

“If I want to serve on Stuff the Bus (JLLR’s annual drive for school supplies) I know what my time commitment is. It’s laid out what months are the busiest and what your role will be, so you know even before you accept your job for the next year what it will require. It’s really helped us to be able to shape who we are.”

The system works with amazing effectiveness. Not only can Junior League boast of helping bring to fruition some of the most beloved features in Little Rock — Museum of Discovery and the Arkansas Arts Center, to name just two — but the group annually contributes thousands of collective volunteer hours for major community initiatives including Boosters and Big Rigs, a health event for children and families; Kota Camp, which provides camping experiences at Camp Aldersgate to children with and without wellness challenges and the aforementioned Stuff the Bus, among others. 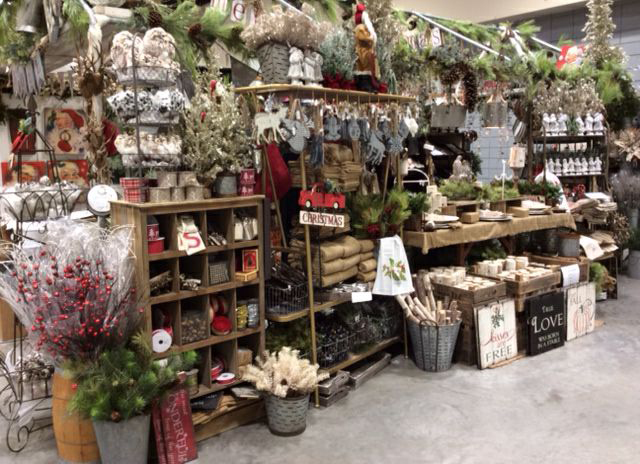 Even the group’s signature fundraising event, Holiday House, is subject to regular scrutiny by the membership to help ensure it remains a red-letter event on the Little Rock calendar. To this end, JLLR has been particularly successful, growing the nearly 30-year-old holiday shopping extravaganza by adding creative touches that bring longtimers back perennially while attracting new generations of shoppers.

“It’s a fun way to kick off the shopping season, get you in the Christmas spirit,” says Lauren Hardy, 2019 chairperson for the event. “A lot of people see it as going shopping, but they’re also giving back to their community and getting to have fun. The money we raise goes to support all of Junior League of Little Rock’s community projects.”

Holiday House, set for Nov. 6-9 at the Statehouse Convention Center, is a massive undertaking, run with trademark efficiency. Hardy leads a steering committee of 12 and a full committee of 50 who handle advanced planning and anchor the 200 volunteers who work the event. Last year, 160 merchants participated and about 13,000 shoppers attended. All told, Holiday House topped $400,000 to support JLLR programs, and this year the group has its sights set even higher. 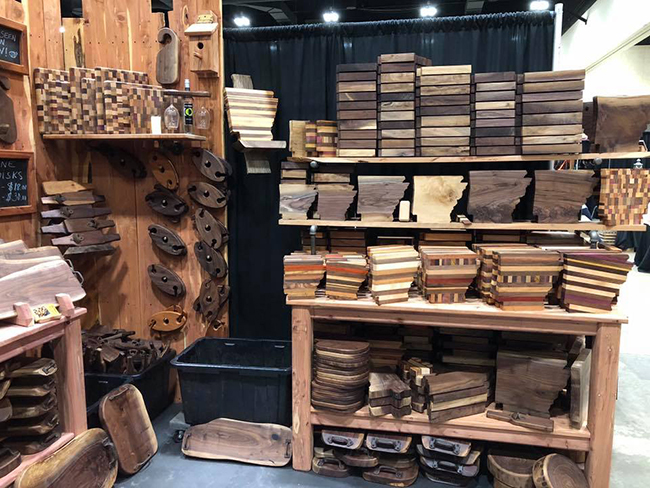 “General shopping tickets are $10 and that starts on Thursday at noon,” Hardy says. “We also have several special events for adults and VIP packages and children’s events. We try to make it something for everybody.”

For as long as JLLR has been in existence, you’d think the community would be well-versed in the organization’s purpose and function. However, such is not the case and Goss says many people who haven’t experienced the group still assume it’s a high society club of “women who lunch” but don’t actually do anything.

But for the 1,000 active and sustaining members — as well as the 70 or so newcomers who join annually — it’s a place for networking and personal development in addition to an outlet for community service. 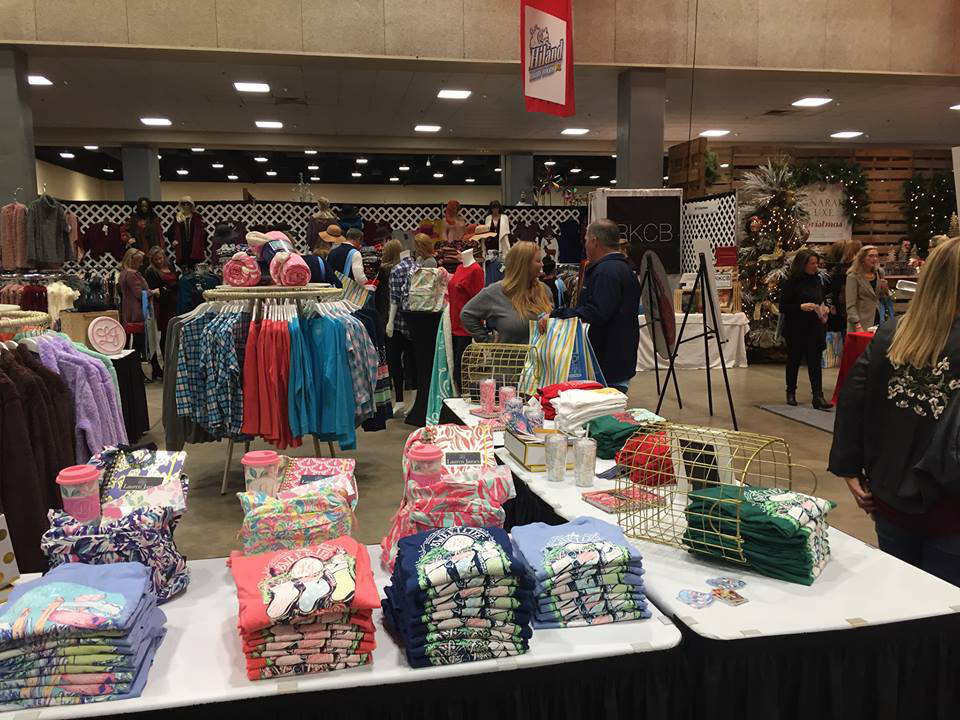 “We consider Junior League to be a safe place to fail,” Goss says. “What we mean by that is being in an organization of all women, there’s not the judgment that happens in a mixed group of people. [Women] can come in and mess up, and we train them and develop them to help understand why things messed up and how we can fix it the next time. They’re learning valuable skills, even in their failure.

“Every woman that you talk to from Junior League, one thing that they talk about is how important it is for them to be in a space of just women and having that opportunity to learn. It doesn’t matter what we do professionally, here, we all come together in that effort.” 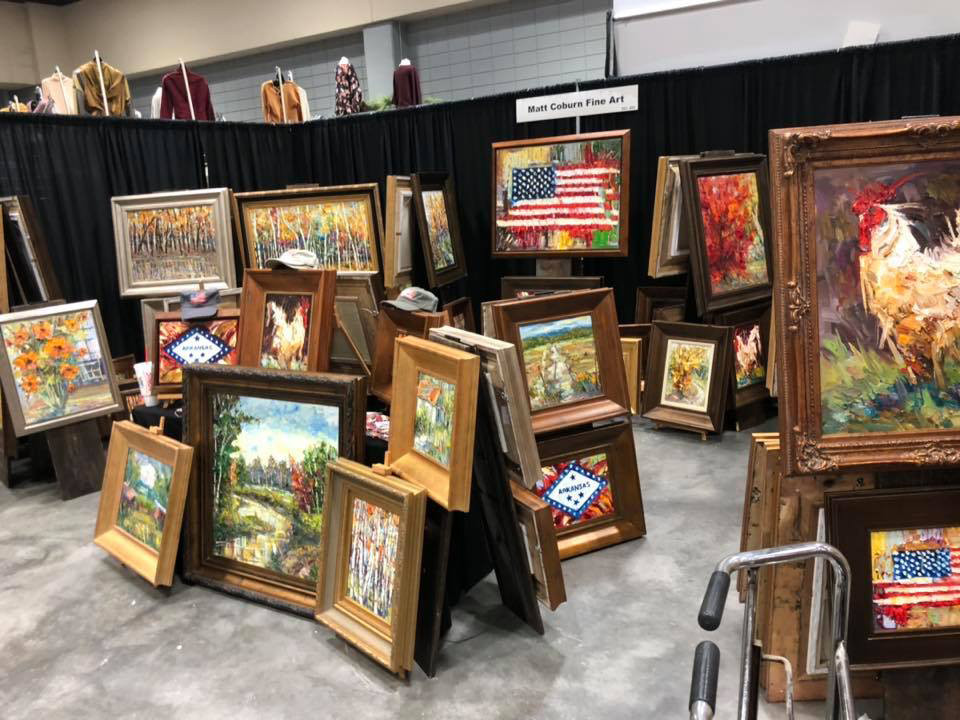 Holiday House 2019, presented by Junior League of Little Rock and sponsored by AY About You, is in its 29th year. The shopping extravaganza, held at the Statehouse Convention Center, supports JLLR’s community service initiatives.

$35/person; beat the crowds with first access to vendors and enjoy brunch while you shop.

$35/person provides shopping plus a pasta bar from Gina’s Catering.

Doughnuts with Santa — 9 a.m. to Noon

$15/child includes doughnuts, pictures with Santa, coloring and other activities.
Parents get in free to this event.
(Shopping requires a general admission ticket.)