Even though they’ve never met in the flesh, there has never been a time when Burke and Winnie Adams didn’t know and love their big sister, Mamie.

“She’s just always been a part of us,” says Sarah Adams, the kids’ mother. “They talk about Mamie all the time, that their sister’s in heaven.

“I always have to let their teachers know when they start a new year that they talk about their older sister — they do have one. She’s in heaven, and we talk about her all the time, so don’t feel uncomfortable. We just push that taboo subject of death aside.”

There was a time, however, when Sarah couldn’t envision ever pushing aside the subject of death. Mamie, who was stillborn two weeks before her due date 10 years ago, touched off a crushing landslide of grief for the young mother that was suffocating.

Adams availed herself of local resources which gradually began to unravel her shroud of sadness. She took part in a bereavement support group through CHI St. Vincent where she delivered Mamie, and it quickly became her lifeline.

None of us gets through this life without our share of heartache and loss. And whether that’s the loss of a newborn or a 90-year-old parent, grief, like death itself, comes to us all. When that happens, the natural process of grieving and moving on awaits. 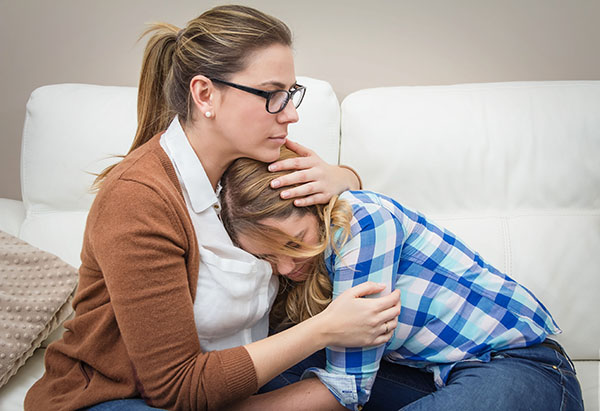 For many people, this process unfolds naturally and in a healthy manner; for others, not so much. And while it is generally acknowledged that there is no “wrong way” to grieve, not letting yourself grieve adequately can have serious physical and psychological consequences or lead to unhealthy behaviors to try and mask what’s struggling to get out.

“I think there [are] really two pieces that we struggle with, with loss, and why it doesn’t integrate well,” says Ken Clark, founder and clinical director for Chenal Family Therapy. “One is this unreachability; it doesn’t compute that I can’t pick up the phone or go knock on their door and this person who’s been part of my life is not accessible. In my mind, it’s similar to when you hear about phantom limb pain; a guy who gets his leg amputated goes to scratch his knee and it’s not there. Our brain just hasn’t acclimated to the absence of this really important thing.

Clark says while grief is intensely personal, it is often best and most completely exorcized in community. This is more than just having someone to lean on; the human psyche is wired to tackle pain and discomfort in a certain way and without proper stimuli, that process can’t execute properly. 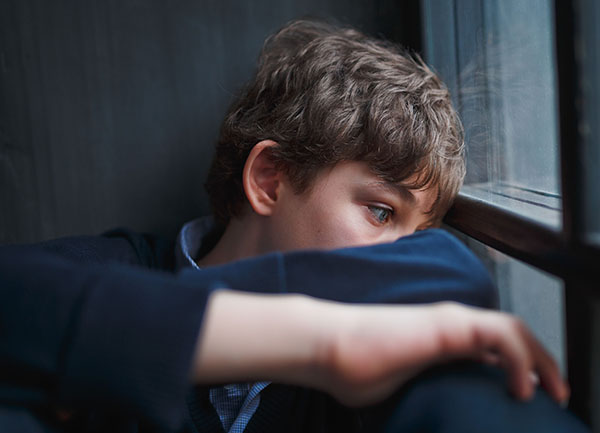 “What happens is, people in isolation don’t fully process [grief] in their brain,” he says. “There’s a part of our brain that doesn’t activate, store, sort, whatever, until we have to turn around and explain something to somebody else. And, the verbal part of our brain is slightly different than the listening part of our brain. So, until we speak it, write it, hear it back at us, our brain can’t fully get itself around grieving.”

Unfortunately, grief is not linear in its progression, nor does it exist in a vacuum. In deaths that are preternatural, the shock of the loss can exacerbate the feeling of isolation. In other cases, grief has been tamped down and masked by other behaviors for so long it can be complicated to unpack the root issue. And, the ability to grieve is correlated to an individual’s ability to comprehend death, something children can struggle with. Which is why resources such as the Center for Good Mourning at Arkansas Children’s are so valuable.

“We want to start with making sure [children] understand as much as they can at the developmental level where they are,” says Greg Adams, program coordinator at the Center for Good Mourning and author of Adam Gets Back in the Game, a children’s book about grief. “We want to help them understand that the person died and what that means and what it means to be dead.”

“There’s language we often use that’s metaphorical language — passed on, gone away — and those are really meaningful ways of talking. But the younger the child is, the more appropriately concrete they are,” he says. “We want to be as simple and concrete as possible. 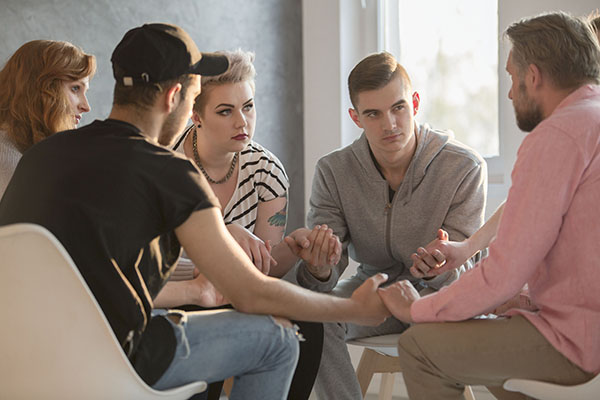 “We also want to tell them the truth and always make sure that whatever we tell them is true. That doesn’t mean that we tell them all the details, because a 3-year-old can’t take in all the details as a 10-year-old can. But we don’t want to have to come back to them at another time to say, ‘What we told you before, that’s really not the way it was.’ We want to keep the communication open for them where they can feel comfortable, and they can trust us.”

A decade after her loss, Sarah Adams feels Mamie’s presence every day, not just for the steps she’s taken to keep her daughter’s memory alive in her home, but through Mamie’s Poppy Plates, a Little Rock nonprofit she co-founded that provides memorial plates to families going through a similar loss. People also reach out to her as one who has walked the path that they find themselves on, looking for advice.

“What I always tell people is, ‘feel it, live it,’” she says. “When you are happy, enjoy it. But when you are sad, feel it. I think that’s just part of a healthy grieving process. If you push it aside or push it down, it’s just going to come back and bite you so much harder the next time.”

Wellness Wednesday: Signs That You Are Emotionally Drained
November 3, 2021