Tourism is big business in Arkansas.

[dropcap]In[/dropcap] 2014, 23 million people visited our fair state. Further, they spent $5.9 billion partaking of cuisine offered in our restaurants, touring our many attractions, visiting state and national parks, trying out their luck at our racing and gaming facilities and luxuriating or “roughing it” in our various lodging options.

The Arkansas Hospitality Association (AHA) is a valuable partner as “the official voice of the restaurant, lodging and tourism industry” in The Natural State, and this Sept.16 and 17, the association will host its 71st annual Vendor Showcase and Convention. The two-day event includes several competitions, a golf tournament, a gala dinner and more.

“Our Vendor Showcase and Convention is a hospitality and tourism tradition,” said Montine McNulty, executive director for the AHA. “This annual meeting brings together the industry from many parts of the state. It is a place to find new products and services for restaurants, lodging and travel businesses, a place to get information about marketing Arkansas and communities. The best part of this annual event is that it builds relationships and business, and it brings together an important economic industry of our state to celebrate success.” 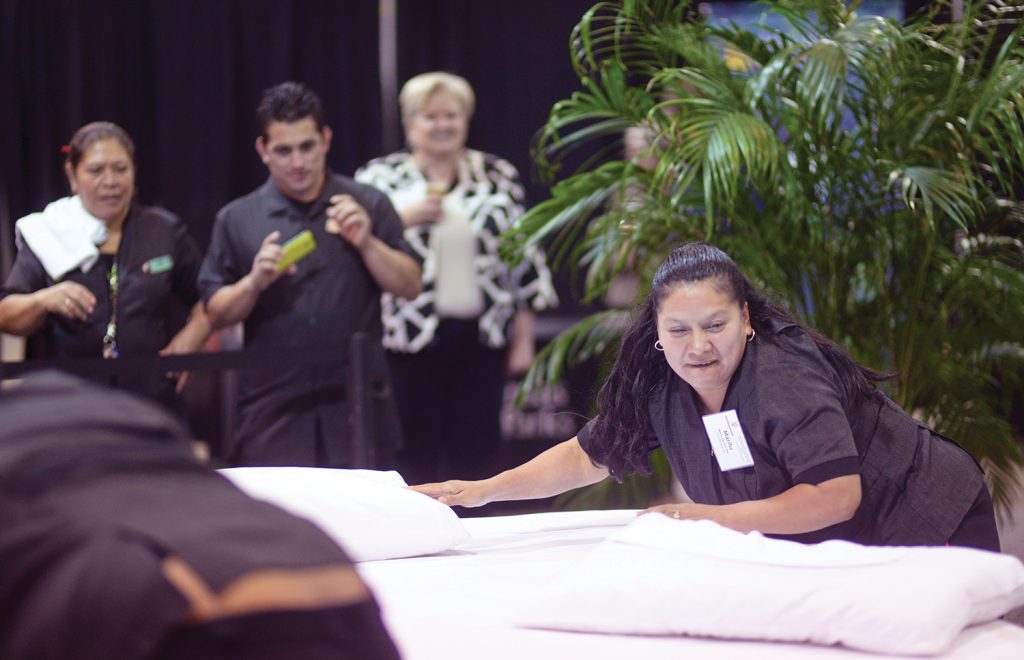 The Hospitality Games are an opportunity for those who work in hospitality to showcase agility and skill.

This is the 12th year for the Arkansas Chefs’ Culinary Classic Competition. Held on Sept. 15 and open to the public, this is a contest in which the audience has the opportunity to taste the dishes. Chefs provide presentation plates, judging plates and 250 tastings for each entry. The categories are: soup/salad, appetizer, entrée and dessert. The evening’s silent auction benefits the Arkansas Hospitality Education Foundation, a nonprofit that provides $40,000 annually in scholarships to students pursuing careers in hospitality.

The heat is on — actually seven heats — as eight of the state’s most well-known chefs race against the clock to create dishes that “wow” the eyes and tastebuds, competing for the title of Iron Chef. The competition begins at 11:30 a.m., Sept. 16. That evening two gentlemen whose names are synonymous with Arkansas Department of Parks and Tourism will be honored.  Richard Davies, executive director for the department and Greg Butts, Arkansas State Parks Director, will be recognized for their years of dedication and service during the gala dinner. 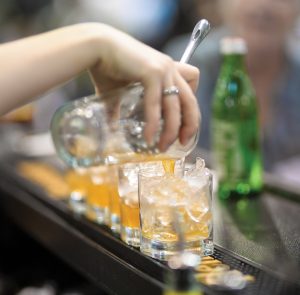 McNulty said, “Richard Davies’ name is synonymous with tourism. For the last 42 years, he has represented the Arkansas Department of Parks and Tourism with class, determination and love for the industry. Richard deserves the industry’s thanks and recognition for the success of tourism and the economic development in communities all over Arkansas. Richard has the talent and personal qualities to bridge politics, solve problems, and entertain and inspire people. He leaves a great legacy and will be missed.”

Butts is responsible for directing the operation of the 52 state parks, central office operations including the Operations, Administrative, Planning and Development, Program Services, Marketing and Revenue sections in Little Rock, and five regional offices. Additionally, he oversees the Outdoor Recreation Grants program, which provides technical assistance and grants to Arkansas communities, along with a $104 million annual budget, according to the AHA.  Butts was appointed director in 1990. Since he became director, the Arkansas State Parks system has experienced the largest development period in its 78-year history. His efforts have resulted in Arkansas’ position as one of the finest state park systems in America. 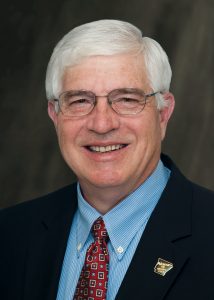 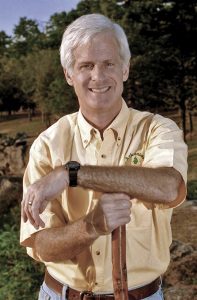 “Greg Butts, another 42-year state employee, has successfully led the Arkansas State Parks system to be one of the very best in the country. Greg and his talented team have advanced our state park visitor experience to new levels. Arkansas can boast that we have exceptional camping and lodging facilities with interesting and fun educational and interpretive programming. Greg’s steady and competent leadership has been invaluable,” McNulty said.

Dress for the dinner is business/semiformal,  and tickets are $70 per person.

The convention wouldn’t be complete without a trade show exhibiting the latest and greatest in food products, equipment and more … everything to make the foodie and chef in you giddy with delight. The week’s activities include a golf tournament at War Memorial Golf Course. The entry fee is $150 per player, $400 per team for this three-player scramble, which is open to the public.

Also open to the public, there will be educational seminars on Sept. 17, and you will not want to miss the Hospitality Games.

Jill Thiel, coordinator for member services and special events, said this will be fun to watch. “The competitors practice and practice. It’s cutthroat, good fun, and since it’s held Thursday from 12:30 to 1:30 p.m., the public can come out, have lunch and watch the contests.”

Maintenance, bellhop, bartending and what Thiel calls “bed-nastics” are all part of the games.

The trade show, for which the theme is Arkansas Boots, Chaps & Cowboys Hats, is open to the public, ages 18 and older; for more information and to purchase tickets, log on to arhospitality.org/events/trade-show.