Libations: Lessons From The Bartender About Bourbon

“Being a bartender is a part of me.”

[dropcap]That’s[/dropcap] complete sincerity spoken by SO Restaurant’s purveyor of alcohol, V.O. Tyson. For more than 40 years, he has built his reputation through his skills behind the bar.  For more than the past ten years, he has held court inside of SO, the cozy bistro at the base of Kavanaugh Road where Little Rock’s Heights and Hillcrest neighborhoods meet.

So who better to ask about the virtues of bourbon, a perfect libation to enjoy as you solve the world’s problems with friends or you contemplate life? When AY asked about a bourbon cocktail recommendation, V.O. immediately offered up an Old Fashioned, noted as one of the first cocktails ever created. 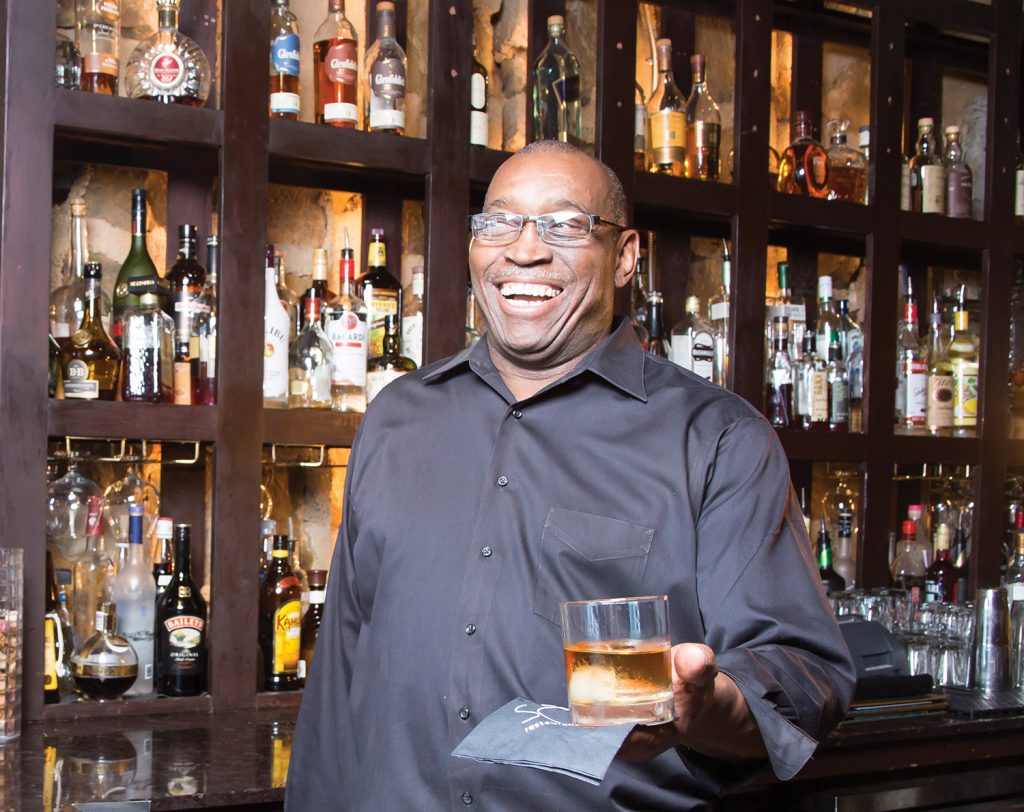 V.O. Tyson has built a loyal following during his time behind the bar where he has ‘helped solve a lot of problems’.

“The first drink was probably a whiskey, with a little branch water and a lemon twist,” stated Tyson. “The Old Fashioned is a blend of fruit with whiskey, making it more palatable and softening the edge of the whiskey, which is 100 percent alcohol.”

With that said, Tyson acknowledged that many drinkers like the taste of the bourbon and sip it straight. For that reason, SO keeps solidly frozen, oversized cubes. “The cube melts slowly minimizing diluting the bourbon.”

In case you can’t have V.O. make your drink, he’s shared his process here.

In a short, round glass, combine orange slice, a cherry and dash of bitters
Muddle (smash) fruit in glass
Pour in bourbon whiskey
Add cracked ice to glass rim
Stir until glass is cold
Top with a splash of club soda